NHS bodies in Wales will no longer have to repay strategic cash support and if they achieve their three-year break-even duty will not have to recover their historical deficits, Wales health and social services minister Vaughan Gething has announced.

Speaking in response to the Audit Wales report on financial trends in the local NHS, he said it was six years since the duty to break even over three years was introduced. Progress had been made, especially in the last two years. However, four organisations had been unable to live within their means, accumulating deficits of more than £600m since 2014. The Welsh government had provided nearly £470m in strategic cash support to ensure the boards were able to meet their obligations to staff and suppliers. 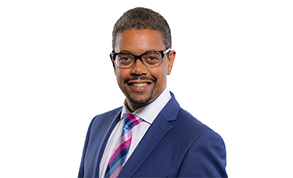 ‘This level of historic deficit is clearly a barrier to these four health boards as they start to plan for the immediate and medium-term recovery from the Covid-19 pandemic,’ Mr Gething (pictured) added. ‘The expectation until now has been that their future plans should make provision at an appropriate time to repay this deficit and the associated cash support. This would require them to underspend significantly against future allocations to generate the necessary level of surpluses to discharge this expectation.’

The cash support would no longer be repayable, though the amount of support given will continue to be disclosed in boards’ annual accounts.

He continued: ‘Furthermore, I am confirming that when an organisation that has previously been in deficit achieves its three year break even duty, it will not be required to repay any historic deficits incurred before it achieved the statutory duty. This is intended to clarify the policy on historic deficits and to give some certainty to these organisations for future planning.’

The auditor’s report found that once again four of the seven health boards failed to meet their duty to break even over a three-year period. According to the auditors, the total in-year deficit in 2019/20 fell from £96m to £89m and the three-year cumulative overspend dropped from £411m to £352m.

Three of the bodies that failed to meet the three-year break-even duty also did not have an approved three-year plan – Hywel Dda University Health Board (UHB), Betsi Cadwaladr UHB and Swansea Bay UHB (formerly known as Abertawe Bro Morgannwg UHB). Consequently, the auditor general had to qualify his audit opinion on the accounts of all three.

Cardiff and Vale UHB broke even for the first time since 2015/16 and now has an approved plan to 2021/22. However, as its budgets do not balance over the three years to March 2020, the auditor qualified his audit opinion on the board’s 2019/20 accounts.

Covid-19 had limited effect on the final quarter of 2019/20, but the auditors expect spending in response to the pandemic will have a significant effect on the 2020/21 financial year. Lockdown restrictions meant the auditors were unable to obtain evidence of Cardiff and Vale’s stocks at 31 March 2020. The auditor also drew attention to a material uncertainty in the valuation of a newly constructed asset built by the Cardiff board and brought into service during the year – because of lockdown the valuer had been unable to inspect the asset as at 31 March and no suitable market comparators existed.

While Hywel Dda and Betsi Cadwaladr health boards largely maintained their financial positions – recording similar in-year deficits as in 2018/19 but not meeting the reduced deficit control totals set by the Welsh government – but Swansea Bay’s finances deteriorated. Though it set out to break even, the board reported an in-year deficit of £16.3m.

The WAO warned that though NHS organisations collectively achieved savings totalling £130m, recurrent savings dropped substantially – from £125m in 2018/19 to £87m in 2019/20. It added that this indicates the NHS is facing a challenge to find substantial savings by making long-term operational changes. 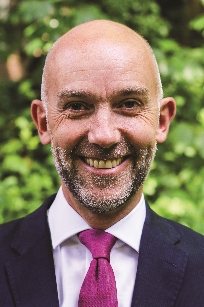 Mr Gething said he continued to be concerned about the three health boards with in-year deficits, but was pleased with the progress made at Cardiff and Vale. ‘Its experience demonstrates that it is possible for organisations to come out of the higher levels of escalation and intervention by Welsh government and return to routine levels of monitoring,’ he said.

Auditor general Adrian Crompton (pictured) said that improvements in overall finances were welcome, but he added: ‘I am concerned that several health boards continue to record annual deficits, despite some significant increases in their funding. Looking ahead, NHS Wales clearly faces a huge challenge in trying to improve its financial performance whilst also grappling with the exceptional impacts of the Covid-19 pandemic. I will be closely monitoring its progress throughout 2020/21 and publishing updates as appropriate.’