The chancellor must reform pension tax to lift a barrier to tackling waiting list backlogs, according to NHS Employers. 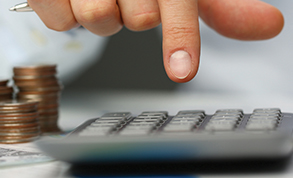 As the Bank of England raised its base rate by another 0.5 percentage points (to 1.75%) in an attempt to control inflation, and warned of a recession, the NHS employers’ body wrote to chancellor Nadhim Zahawi calling for urgent changes in the way pension tax is calculated.

It said employers were deeply concerned about the effect of the current inflationary environment on pension tax, and the impact this could have on NHS care. This includes effort to reduce Covid-related waiting lists.

In the past, it was widely reported that problems with pension tax led senior doctors to refuse additional sessions, or even consider leaving the NHS. These issues were thought to have been fixed with a more generous annual allowance taper, and the ‘scheme pays’ rule, which allows members to pay their tax bill from their pension fund, which will then be reimbursed when they come to retirement.

Now, employers are worried that pension growth could be skewed upwards by rapidly rising inflation. The level of pension growth is important as members may be taxed if the growth in value exceeds the annual allowance. Pension growth is calculated by subtracting the value of the pension at the beginning of the tax year (opening value) from the value at the end of the year (the closing value).

Inflation affects pension value as the NHS Pension Scheme, like other schemes, uprates the value of pension benefits each April based on the inflation rate in the previous September. So, the opening value uprating for 2022/23 is based on the consumer prices index (CPI) in September 2021. However, the closing value – calculated in April 2023 – will be based on the CPI in September 2022.

CPI in September 2021 was 3.1%, but the Office for Budget Responsibility predicts CPI will reach 8.7% in September 2022. The methodology aims to remove growth due to inflation. But, in the 2022/23 tax year in particular, there is a risk the dramatic difference in the rates will ensure assumed pension growth will be due to a rapid increase in inflation, rather than above-inflation pension growth.

It also called for amendments in the tax calculation to exclude pension growth that is solely due to rapidly rising inflation, so it is not tested against the annual allowance.

‘The pension tax issue with the taper was fixed for most staff but there is a toxicity around the annual allowance that continues, and this latest inflation issue is deterring doctors from taking on the extra work needed to clear backlogs,’ said NHS Employers chief executive Danny Mortimer.

‘To clear the backlog, we are going to need doctors to do extra shifts in the evenings and weekends and to do this for years to come. Thousands of doctors could potentially be impacted by the inflation issue.’