With Boris Johnson returned to office with a large majority, NHS staff will be wondering what it means for the service.

In England there is a degree of certainty with the government claiming the NHS long-term plan as its own. Unless the government changes its mind, the plan will continue to be rolled out – for example, there will be greater integration, measures to reduce follow-up outpatient appointments, an expansion of personal health budgets and greater use of digital technology. 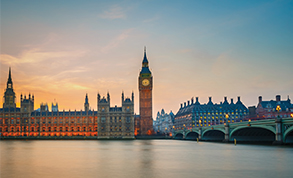 During the election campaign, the Conservatives promised to act quickly in the 100 days in office. As well as enshrining in law plans to increase spending by £20.5bn in real terms by 2023, the government will also raise NHS charges for migrants.

National bodies will hope Mr Johnson’s enthusiasm for early action includes legislation to smooth the implementation of the NHS plan. In the last parliament, the NHS was asked to develop proposals to help deliver the plan. The proposals include repealing section 75 of the Health and Social Care Act 2012 to allow commissioners to exercise greater discretion on when to tender for services. There could also be greater local flexibility in payment systems, with national prices published as a formula rather than a fixed value.

The NHS will also want the government to commit quickly to longer-term capital, public health and education budgets beyond what has already been promised. There may also be a lingering concern about the impact of a future trade deal with the United States, despite Mr Johnson’s insistence that the NHS is not for sale.

On the front line, demand pressures will remain – the first 100 days will include a winter period that appears to be more difficult than last. A spike in cases of flu and norovirus during November and early December has already put the health service on the back foot in many areas. In the longer term the government will hope to shift the dial on waiting times. New ways of measuring operational performance are being piloted, perhaps giving the government – and the NHS – some breathing space.

Staffing will continue to be a big issue. The service is uneasy about the potential impact of leaving the European Union and new immigration controls. The Conservatives have insisted incoming NHS staff would be prioritised in their immigration plans, but the health service is heavily reliant on workers who were born overseas. The Tory manifesto said the government would ensure the NHS has 50,000 more nurses within five years – this includes some overseas recruitment, but also, controversially, retaining thousands of nurses who would otherwise have left the NHS. There are around 100,000 vacancies in the health service, including more than 43,000 nursing posts.

Across the devolved nations there will be concern about staffing and funding, though they should receive the Barnett consequentials of any funding increase in England. In Northern Ireland there will be hope that local politicians can come together to form a new Assembly that will tackle the growing feeling of crisis in health and personal social care. Without a minister for more than 1,000 days, civil servants are limited in the actions they can take; waiting lists are getting longer; and staff are currently taking industrial action, including strike action.

Finally, in England, Mr Johnson’s new government must tackle the elephant in the room – social care. He promised to convene cross-party talks on the future of social care in his first 100 days. Successive governments have kicked the can down the road on social care – time will tell if his plans will amount to a solution.

Covid costs reach £3bn in April and May