Northern Ireland auditor general Kieran Donnelly has again drawn attention to a disagreement with the Department of Health and health and social care trusts over the accounting treatment of liabilities. 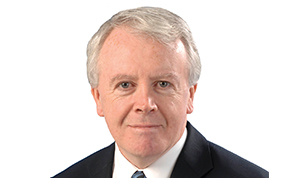 In a statement on financial auditing and reporting in 2021/22, Mr Donnelly (pictured) said he was encouraged to see so many public bodies return to producing their accounts within the pre-pandemic timeframe. However, he highlighted a number of issues of concern across the public sector, including the Department of Health and its subsidiary bodies.

In the Department's accounts, £102m of liabilities were treated as accruals rather than provisions – in doing so, failing to meet the Department of Finance (DoF) guidelines or international accounting standards. As a result, significant sums were retained from the previous year’s budget for spending in the future, rather than being returned to be used by other departments or to the Treasury.

Mr Donnelly, who is due to retire soon, raised a similar concern in his 2020/21 audit of the Department’s accounts.

‘I remain concerned by the Department’s apparent failure to pay sufficient regard to the DoF’s budgetary guidance and to accepted accounting practice. The Department contends that this does not represent a deliberate attempt to circumvent DoF financial controls and I have no evidence that this is the case.

‘However, I consider it undeniable that significant sums have been spent without the proper authority and that the accounting treatment of liabilities does not meet the requirements of international accounting standards.’

He continued: ‘I am encouraged that the Department intends to review its approach in this new financial year, and will be recommending that my successor as auditor general continues to monitor progress on this matter.’

He did qualify the 2021/22 accounts of the Northern Ireland Ambulance Service Health and Social Care Trust as a result of this treatment of a liability in relation to holiday pay as the sum was material in the context of overall expenditure.

He also qualified his audit opinion on the 2021/22 Health and Social Care Pension Scheme statement because the membership data used by actuaries to value the scheme was more than four years old – older than that allowed for in the scheme’s accounting guidance. However, the Department said the data was used as it was not practicable to use more recent information in the time available.

While Mr Donnelly did not qualify his audit opinion on the Department of Health’s accounts, he found irregular expenditure had been incurred in a number of different programmes. In these cases, the spending was made ‘without the necessary conditions being met to secure retrospective approval from the Department of Finance’.

The schemes included spending on the Northern Ireland care record and £5.1m of expenditure on the vaccine management system (VMS), developed to support the Covid-19 vaccination programme, which he found to be irregular.

He said: ‘I recognise the successful development of the VMS and the outstanding work of departmental staff during the pandemic. Nevertheless, it is important that a more agile and responsive means of managing approvals is developed to accommodate the demands of delivering at such pace.’