The risks of Covid infection were high on the agenda this week. The admittance of 40,000 football fans into Wembley for a Euro 2020 football match was described as ‘irresponsible’. Meanwhile, school children remain subject to stringent isolation rules, despite being at low risk from the virus.

There were celebrations in England over the national team’s success in defeating its old footballing enemy, Germany. The world’s collective new Covid-19 enemy continues to pose a major threat.  The World Health Organization has warned that Europe faces a ‘new wave’ of infection ‘unless we remain disciplined’, after a 10-week decline in cases came to an end.

Cases across the region rose by 10% last week, driven by increased mixing, travel, gatherings and easing of social restrictions. Europe expects the new Delta variant to be dominant by August. Two doses of vaccine are effective against this variant, but average vaccine coverage in the region is only 24% and half Europe’s elderly population and 40% of healthcare workers are still not protected.

WHO European director Hans Kluge (pictured) said he did not want to ‘cold shower any Euro 2020 fans or anyone’s holidays’ but said he had to give three messages. If people do decide to travel and gather, they should assess the risks and do it safely. They should take the jab when offered, and vaccines should be given to the most vulnerable first.

The public health body this week launched a new monitoring tool to track rates of Covid-19 infection in the 11 cities hosting matches in the Uefa Euro 2020 competition. It is not alone in raising concerns about the Europe-wide football tournament, with German interior minister Horst Seehofer accusing the European football governing body of being ‘utterly irresponsible’ over its approach to crowd numbers.

The concerns are not just about the numbers at the matches themselves, but the opportunity for viral transmission between people travelling to the games on public transport and mixing in bars and city squares beforehand.

A report from Public Health Scotland said that, from 11 to 28 June, 1,991 people normally resident in Scotland with a confirmed Covid-19 positive test had attended one or more Euro 2020 events during their infectious period. This means they may have ‘unknowingly transmitted their infection to others’. Nearly two-thirds of these cases travelled to London for a football event, with nearly 400 actually attending the Scotland versus England match at Wembley on 18 June.

What is seen by some as a reckless leap forward in terms of mass mingling at public events is in contrast to the caution continuing to be shown in classrooms, despite children being at very low risk of a serious reaction to the virus. Current rules mean whole ‘bubbles’ of children have to self-isolate if one of the group tests positive – leading to some 280,000 children self-isolating according to figures this week. 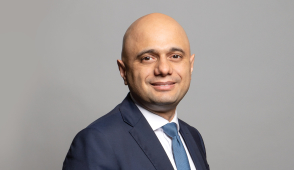 New health secretary Sajid Javid (pictured) – replacing Matt Hancock who stepped down last weekend after it was revealed he breached social distancing rules – has promised to address the issue with the current rule expected to be replaced with an alternative based on more testing for the autumn term.

Risks were also to the forefront of people’s minds with reports that 50 of 117 deaths related to the Delta variant of the virus since February (43%) had been in people who had received both doses of vaccine.  However, David Spiegelhalter, statistician and chair of the Winton Centre for Risk and Evidence Communication, explained the numbers in a Guardian article, written with Royal Statistical Society ambassador Anthony Masters. This is exactly what should be expected from an effective but imperfect vaccine, they said, given a risk profile that varies by age and the way vaccines have been rolled out.

They added that the risk of dying was ‘extraordinarily dependent on age – halving for each six- to seven-year age gap. ‘This means that someone aged 80 who is fully vaccinated essentially takes on the risk of an unvaccinated person of around 50,’ they wrote. While this was much lower, it was ‘still not nothing’, and so we should expect some deaths.

According to government figures, 146,360 people tested positive for Covid-19 in the week to 1 July. The nearly 28,000 cases reported on Thursday represented a 68% increase on a week ago. The Delta variant now represents 95% of sequenced cases in the UK with nearly 51,000 new cases identified through sequencing and genotyping in the week to 30 June, compared to just 823 of the previously dominant Alpha variant. This represents a 46% increase in the number of Delta cases identified compared with last week.

Jenny Harries, chief executive of the UK Health Security Agency, said the rise in cases was a reminder of the need to be careful. However, she said there was not a proportional rise in the number of people being admitted to hospital. ‘The data suggests this is testament to the success of the vaccination programme so far and clearly demonstrates the importance of getting both doses of the vaccine,’ she said.

The most recent seven-day average figure for daily admissions stood at 248, just over a 10% increase on the previous week, although hospitalisation figures are reported a few days later than cases and there is typically a lag of two weeks before cases translate into hospitalisations.

On Wednesday, the Joint Committee on Vaccination and Immunisation published advice on a possible vaccination booster programme, which it said should be offered in two stages from September, starting with those most at risk from serious disease. Stage one would cover adults over 70, elderly people in care homes, frontline care workers and anyone who is immunosuppressed or considered clinically extremely vulnerable. Stage two would adults aged 50 and over, adult household contacts of immunosuppressed individuals and any adult in a flu or Covid-19 at risk group.

The booster would be given alongside the flu vaccine, if clinical trials show that co-administration is safe and effective. However, the committee said it would continue to review emerging scientific data over the next few months and its final advice may change substantially.

In guidance on the booster programme, NHS England and NHS Improvement said that vaccination capacity for phase 3 of the programme should be spread across community, pharmacy, vaccination centres and general practice. General practice delivered the majority of vaccines in the first phase of the programme. But for the booster programme, systems should plan for a minimum of 40% of boosters to be delivered by general practice and no more than 75%. A thousand extra community pharmacy sites will be added in the run up to September.

The NHS is also being encouraged to maximise the use of NHS estate as many commercial sites that were used in phases 1 and 2 of the programme return to their normal uses. Regional funding for phase 3 has been split into resource funding, with allocations already communicated, and delivery costs, indicative figures for which are expected soon. 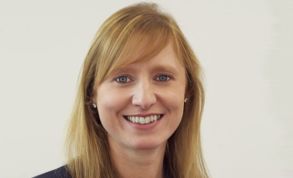 Ruth Rankine (pictured), director of primary care at the NHS Confederation, welcomed the clarity provided by the guidance. ‘We should not, however, underestimate the amount of work needed to plan for this amid the workload providers across the system are currently facing and alongside the traditional flu vaccination programme,’ she said. She also welcomed plans to expand use of community pharmacies, but said she was disappointed that the role of GP federations had not been acknowledged, given their efforts in the current programme.

‘Primary care providers will now need to see confirmation of the funding available to undertake the programme, as well as assurance around supplies, including guarantees that they will be available when and where they are needed at every stage, from first doses to boosters,’ she added.

Deputy chief medical officer Jonathan Van-Tam said that being able to manage Covid-19 with fewer or no restrictions was now heavily dependent on the continued success of the vaccination programme. And the booster programme, if needed, would keep the country on the front foot in the battle against waning immunity and virus variants. But he also stressed the importance of the flu vaccine. ‘Fewer or no restrictions will mean that other respiratory viruses, particularly flu, will make a comeback and quite possibly be an additional problem this winter,’ he said. ‘So we will need to ensure protection against flu as well as maintaining protection against Covid-19.’

The global position on vaccination is not so encouraging. WHO director general Tedros Ghebreyesus this week called on G20 countries to embrace the target of at least 40% vaccine coverage in every country by the end of 2021, and at least 60 percent by the first half of 2022. ‘We need countries to share more vaccine doses now, including by ensuring at least one billion doses are shared with developing countries in 2021 starting immediately,’ he said. In addition, member states needed to provide financing, including grants and concessional financing. And all barriers should be removed to the export of inputs and finished vaccines.

The latest report from NHS Test and Trace revealed that 79,248 positive cases were recorded in the week to 23 June, but just over 65,000 cases were transferred to the contact tracing system – an increase of 41% on the previous week and the highest number of cases since February. Just over 59,000 of these cases were able to be contacted and 85% of these provided details of nearly 184,000 close contacts. Just over 84% of these contacts were reached and advised to self-isolate.

‘The number of cases being transferred into the system declined this week, and more people were not reached out of those transferred,’ she said. ‘We need to see improvement as risks from existing and new variants remain and as we look ahead to living with Covid-19 long term.’

Risk of infection was a major issue for health and social care professionals in the first months of the pandemic, when major shortages of personal protective equipment (PPE) were making daily headlines. A study published this week by the University of Cambridge and Cambridge University Hospitals NHS Foundation Trust suggests that upgrading the masks used in Covid areas could significantly reduce these risks.

The study looked at the benefits of using FFP3 respirators rather than fluid resistant surgical masks. ‘Once FFP3 respirators were introduced, the number of cases attributed to exposure on Covid wards dropped dramatically – in fact, our model suggests that FFP3 respirators may have cut ward-based infection to zero,’ said Chris Illingworth from the MRC Biostatistics Unit at the University of Cambridge. The researcher said more work was needed, but recommended guidelines for respiratory protective equipment should be revised as a precautionary measure.