While vaccines have proven their effectiveness, small numbers of double jabbed people have died and new research explores some of their characteristics. Meanwhile, new studies compare Covid spending across Europe and explore the public health control measures at the government’s fingertips. 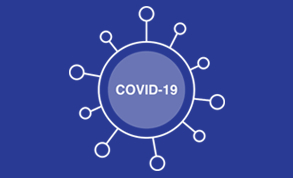 Covid-19 vaccines have proven to be very effective against hospitalisation and death. However, deaths have occurred in fully vaccinated individuals and a recent Public Health Scotland-led study looked into the characteristics of these events.

Some 3.2 million people had received two doses of vaccine in Scotland by 18 August and 236 of these people had died with Covid-19 listed as a cause of death. Some 1.2 million of the double jabbed people received the Pfizer/ BioNTech vaccine (47 deaths), while 2.0 million were Oxford/AstraZeneca (188 deaths). (There were no deaths among the just over 41,000 people who had the Moderna vaccine.)

The results further underlined the effectiveness of the vaccines. Most individuals who died after two doses of vaccine were older than 75 years and had multiple comorbidities.

The median age at death was just under 80 with nearly 62% of deaths occurring in men.

Some 230 individuals (97%) had at least one cause of death listed in addition to Covid – with a mean of 2.9 causes listed on death certificates. The most common non-Covid causes of death were chronic heart disease, chronic kidney disease, diabetes, chronic obstructive pulmonary disease and atrial fibrillation.

Josie Murray, consultant at Public Health Scotland, said the results confirmed the protection provided by vaccination. ‘Our findings suggest that adults aged 18-64 who are double vaccinated have almost four times increased protection against dying from Covid-19 compared to those who are unvaccinated,’ she said. ‘The figures are even more stark for those who are older, with double vaccinated adults aged 65-79 experiencing 15.5 times greater protection against death than their unvaccinated peers, and for adults over 80, this increased to 30 times higher.’

How did the UK’s pandemic health spending compare?

UK government spending on healthcare increased more during the pandemic than in many other European countries, according to new analysis by the Nuffield Trust. In fact, with an increase of 21.9% in 2020 compared with 2019, the growth in health spending per head of population was second only to Estonia (23.5%) among European OECD countries that are reporting data.

The UK increase looks significant compared with some regions. In Germany and Sweden, for example, spending only increased by 3.9% and in Norway spending was almost flat (0.3%). 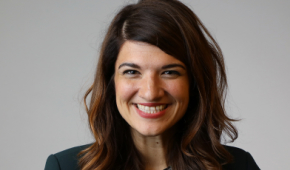 The analysis, published in a blog by senior fellow Sarah Reed (pictured), researcher Laura Schlepper, and chief economist John Appleby, explored whether the variation in spending increases reflected different experience of the crisis or levels of preparation.

For example, countries had different levels of testing and tracing capabilities going into the pandemic. A lot of the extra spending in the UK in the initial phases of the pandemic went towards the Test and Trace programme. Other countries did not have to build capacity to the same extent. Germany, for example, had a much stronger public health infrastructure.

Health systems also had different stock levels of personal protective equipment, which would have had an impact on the volume needing to be purchased and the prices obtained.

The UK also had higher levels of hospitalisation in the first year of the pandemic, which may account for some of the increased spending.

However, the researchers also suggested that UK spending may reflect some structural vulnerabilities. They said that ‘consistently low levels of investment in healthcare capital’ may have contributed to high rates of hospital acquired infection in the first wave, due to lack of testing capacity, outdated building design and high levels of bed occupancy that made it difficult to isolate Covid patients.

It was clear that health systems will be entering recovery from different starting positions – and levels of funding needed to rebuild from the pandemic will vary as a result, they concluded.

Taking control… beyond plan B

The World Health Organization this week said that Europe and central Asia were again at the epicentre of the pandemic, due to insufficient vaccine uptake and a relaxation of public health measures. But in the UK, calls for the government to implement its Plan B – further measures to control the spread of the virus – have quietened over the last week.

Plan B set out a short list of relatively modest control measures – more home working, mandatory face masks and vaccine passports – that could be implemented if it looked like the NHS was at risk of being overwhelmed. However, there are more wide-ranging measures at the government’s fingertips, if it deemed them necessary.

A recent paper from the Joint Universities Pandemic and Epidemiological Research group, released by the government’s Scientific Advisory Group for Emergencies (Sage), spelt out exactly what other measures could be used. It also considered how effective these measures might be, depending on what was driving any future increase – a new variant, waning immunity or changes in population behaviour.

Control methods considered included: improved ventilation in schools and workplaces; improved public awareness; boosters; test, trace and isolate; restrictions and lockdowns; pharmaceuticals; and travel restrictions. Those at the start of the list were considered to take longer, but have a lasting impact, while those at the end were considered more immediate, but less sustainable.

Ventilation for example was seen as a long-term measure that could have a lasting impact against multiple infections and could help in the face of either a new variant of the virus or waning immunity. However, it was recognised that there would be unlikely to be substantial uptake in colder months.

Boosters were the obvious response to waning vaccine efficacy and increased vaccine uptake could guard against pockets of persistent infection that could generate local epidemic spikes. But, while effective, the timescales involved are relatively long. The autumn booster campaign, for example, is likely to last around 100 days.

Test, trace and isolate was seen as having the potential to work extremely well, although ‘efficacy depends strongly on how the system is designed and implemented’. The main negative was seen as the large economic cost of infrastructure – although this would be lower than the cost of lockdown.

Lockdowns were described as a ‘rapid, short-term and imprecise tool’. Not a long-term solution, but they could be used to rapidly mitigate a sudden spike in infection.

Pharmaceuticals and anti-viral drugs were described as a good way to reduce the severity of illness, while not reducing transmission. And they could have reduced efficacy against new variants.

Travel restrictions were seen as ‘only effective’ against a new variant and unlikely to have any benefit if rising cases were down to waning immunity.

There may be no sign of a move to the government’s Plan B, but on Friday, the Department of Health and Social Care did launch a campaign to encourage more ventilation to reduce the spread of coronavirus. Stop Covid-19 hanging around advises people to open windows for 10 minutes each hour when socialising indoors. The campaign comes as new research revealed only around a third of people are currently ventilating their home when they have visitors over, with only 3% continuing to ventilate for a period after their guests have left.