A new report from PwC, produced with support from the HFMA, argues for fundamental changes in the way money flows around the NHS.

The government has accepted that the NHS needs increased funding in a long-term financial settlement. Recent weeks have seen the long-awaited debate about exactly how much funding is needed finally get under way. But new research from PwC, carried out in conjunction with the HFMA, suggests that the NHS needs more than just more money – it also needs a major overhaul of the way money moves around the system.

There is general recognition that the current system of funding flows does not support the proposed new models of more integrated care proposed by Five-year forward view. Payment by results, for example, was introduced to drive reductions in waiting times by incentivising greater throughput from providers.

It does not support current moves to work as systems or to re-engineer patient pathways so that patients are supported more in the community and helped to avoid more serious hospital-based treatment. ‘More resources will fail to deliver results unless there are major reforms to the current NHS financial system,’ he says. ‘It is caught in a time warp and needs to catch up with the new policy imperatives. They need to move from competition towards collaboration; towards systems and away from institutions; towards more services in the community and less in hospital; away from rewarding activity and towards outcomes.

‘Unless the way money moves around the system is changed, the government will not get the biggest bang for its buck.’ 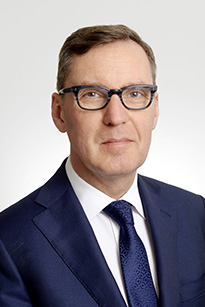 Making money work in the health and care system identifies a number of problems with the current financial system:

More than 200 finance leaders were surveyed as part of the research and they provided further support for change.

Some 78% of respondents felt there should be a single budget for health and care, while 77% believed that outcomes would improve if there was greater certainty on funding over a longer period and 83% identified a conflict between long-term financial sustainability and short-term efficiency savings.

Using these views, further interviews and roundtable discussions, the report’s authors argue that three areas should be given more focus in current thinking. First, financial flows should be aligned with the emerging place-based architecture. They argue for a balance between national levers and local accountability and ‘an urgent shift towards system-wide capitated budgets, combined with appropriate governance, to help break barriers to integrated working’.

Second, systems should be given more clarity through longer term funding, adding that the financial mechanisms in the acute sector have also become excessively complex. Third, money should be focused towards achieving better outcomes.

The report makes a number of detailed recommendations, broken down into changes that are needed in the short and longer term (see box below). Short-term recommendations include changes to the capital funding regime, ensuring capital funding is not sidelined to ease short-term financial pressures, and overhauling the current mechanisms for funding provider cash shortfalls. 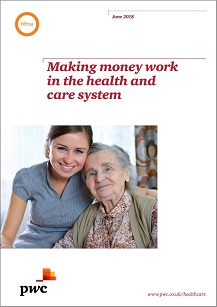 Over the longer term, the report argues for the payment system to be refocused on the delivery of outcomes rather than activity and for a big step to be taken in bringing together health, social care and public health budgets.

The vision of health systems given capitated budgets with elements of payment linked to outcomes and risk/gain sharing mechanisms in place between different providers is not new. As long ago as 2014, NHS England and Monitor (NHS Improvement’s predecessor) published a paper exploring capitation as a new payment model to enable integrated care. ‘Rather than paying providers for particular treatment or inputs, capitation allows commissioners to reimburse providers for making available specified services and possibly delivering specified outcomes for a defined target population,’ the 2014 paper said.

The focus subsequently has been more sharply on capitated budgets for whole populations, but progress has been slow – reflecting the difficulty in moving to a new payment approach and the significant financial challenges facing the service.

The report envisages integrated care systems being paid on a whole system capitation basis. This might be a single organisation assuming accountability for the provision of all care, including primary care, via direct provision or by subcontracting some services.

The report also considers three levels of financial flow that need to be considered once the system is aware of its financial envelope – organisation, pathway and individual levels. Under the recommendations, the accountable body would be free to choose its preferred contractual mechanism to commission services from other bodies within the system. These could involve different mixes of tariff-based, block and capitated-budgets and risk and gain share agreements would be needed.

Under one option put forward for consideration, GPs ‘buying into’ an ICS might receive dividends based on the performance of the health economy. Where organisations are given responsibility for co-ordinating patients along a particular care pathway, an outcome-based approach is preferred, with top-ups for adherence to best practice pathways and processes. The report also considers how NHS staff and patients could be incentivised to support the improvement in outcomes and engage more in their own health and care.

HFMA chief executive Mark Knight believes the priority for the NHS is to put new models of care in place. ‘However, to sustain these into the long-term, we need to have the right payment systems in place,’ he says.

‘While local health economies have been given the freedom to develop their own local financial flows to support new integrated models of care – for example, by exploring capitation-based budgets and outcome-based payments – it is important that we share the learning from these approaches and accelerate their development.

‘Changing the way the money flows around the NHS and an increase in NHS funds are both now urgently required to put the NHS on a sustainable financial footing and support the development of urgently needed new models of care.’

The report acknowledges that the proposals imply some ‘quite profound consequences for systems’, including an end to the purchaser-provider split as it currently exists and different roles for clinical commissioning groups and those working in them.

The focus would also move away from foundation trusts and nationally negotiated contracts – such as that for general medical services – would need greater flexibility. However, it says that not acting now would represent a ‘huge missed opportunity and could be highly detrimental to the service.

The capital funding system should be redesigned to enable longer term investment in out-of-hospital infrastructure and a reduction in backlog maintenance. As part of this, the report calls for an end to capital-to-revenue transfers and for the creation of a national restructuring fund with clear access rules and prioritisation criteria. The quantum of capital funding needed at national, regional (sustainability and transformation partnerships, or STPs) and organisational level should be determined with clear allocation methods.

The proposed restructuring fund would be aimed towards the development of the out-of-hospital assets and infrastructure needed in emerging new models of care. But the reports says it could also be used to deliver the resources needed to deal with structural issues causing significant deficits in some providers.

The report argues for a restructuring of internal debt. It highlights the use of interest-bearing loans from the centre to fund cash shortfalls in providers driven by financial deficits. Total debt across NHS providers at the end of 2016/17 stood at £4.9bn, with an associated interest cost of £169m. Some 42% of providers had debt associated with working capital or revenue support loans from the Department of Health and Social Care (DHSC), with over half in deficit.

As providers get into more financial distress, the interest rates increase – rising to 6% for trusts in financial special measures. The result is that trusts experiencing significant financial challenges are further financially penalised. ‘For some trusts, this debt burden is likely to grow and become unsustainable, with little to no prospect of it ever being repaid,’ the report says.

The report authors call for ‘serious consideration’ to be given to resetting internal debt within the NHS. While there is no net cost to the NHS of providing loans (provider interest payments equalling DHSC interest income), they consume management time and ‘amplify the difference between financially healthy organisations and those in difficulty’.

The report adds that ‘any aspiration to develop financially sustainable integrated care systems in the future will inevitably be hampered if organisations inherit the financing costs of their predecessors’. Consolidating debt at a consistent cost of finance across the service would start to provide a level playing field.

More progress is needed towards replacing organisation-based control totals with system-wide targets. The report calls for currently separate accountabilities – providers to NHS Improvement and commissioners to NHS England – to be tackled head on to avoid further confusion in the move to a place-based approach to healthcare. The report’s suggestion is for an integrated care system to hold the budget for the local health system, with payment to the ICS on a whole capitation basis with the existing CCG allocation formula providing the ‘logical starting point’ for calculating the budget.

The report calls for an expansion of the personal health budgets programme and backs the creation of a stretch target of one million of the 15 million people living with long term conditions to be holding personalised budgets by 2025.

The report is clear that payment systems need to move towards rewarding outcomes rather than volume of activity. Local systems should be given the power to determine their own internal contractual mechanisms, choosing episodic reimbursement, block-style contract or capitated budgets – but the focus should be on outcomes, with the majority defined at a national level. This reflects the ‘national system’ nature of the NHS and protects against ‘postcode lotteries’.

But it also avoids separate STPs and systems spending time and money defining broadly the same outcomes. Local systems would then be able to supplement contracts with local priorities.

Accountability would also need to move to being based on the delivery of system outcomes, rather than institutionally driven targets. The tariff would still be needed under these proposals, but its role would be more limited – providing a basis for payments between systems, for benchmarking and to support the move to capitation-based budgets.

The report lends its voice to calls for full integration of health, social care and public health budgets within a health economy – highlighting difficulties with the current lack of ringfenced social care funding and reducing public health grants. The report suggests this could require significant legislative change or could build on existing section 75 agreements. The report recognises that tensions between free healthcare services and partly means-tested social care would still remain. But bringing budgets under a common leadership would reduce difficulties.

Any long-term financial settlement for the NHS should be replicated within systems, the report says. This would enable systems to plan and invest for the long term. Although the service has moved towards indicative five-year allocations and a ‘1+1’ planning approach, committed funding has consistently remained short term. This does not fit with the goal of investing in the prevention of illness, which has a longer term payback in terms of patient outcomes and cost. If the service is given a five-year plan when new funds are announced, this should translate to five-year allocation plans for local systems, the report says.

The report also calls for a ‘detailed assessment’ of how financial incentives for front-line and management staff could be used to improve cross-organisation working. Summary of Third phase of NHS response to Covid19