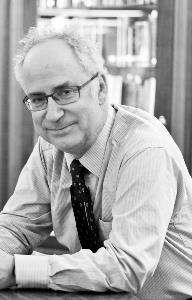 Simon Wessely is Chair of Psychological Medicine at the Institute of Psychiatry, Psychology and Neurosciences (IoPPN), King’s College London. He is a clinical liaison psychiatrist, with a particular interest in unexplained symptoms and syndromes.

Born and educated in Sheffield, he studied medical sciences and history of art at Trinity Hall, Cambridge, and then finished his medical training at University College Oxford, graduating in 1981. He obtained his medical membership in Newcastle, before moving to London’s Maudsley Hospital to train in psychiatry, where he also obtained a Master’s and Doctorate in epidemiology. His doctoral thesis was on crime and schizophrenia. Professor Wessely has been a consultant liaison psychiatrist at King’s College Hospital and the Maudsley Hospital since 1991, where he set up the first NHS service for sufferers from chronic fatigue syndrome.

He became Director of the Chronic Fatigue Research Unit at King’s in 1994 and of the Gulf War Illness Research Unit in 1996, which then became the King’s Centre for Military Health Research, a unique collaboration between the IoP and the KCL Department of War Studies, in 2003. He is Civilian Consultant Advisor in Psychiatry to the British Army in which capacity he has visited services in Bosnia, Iraq and Afghanistan. He is a trustee of Combat Stress, the principal UK charity for veterans with mental health problems, and his contributions to veterans’ charities include cycling (slowly) seven times to Paris to raise funds for service personnel in need.

He established the first clinical trials unit in this country dedicated to mental health, and is a Foundation Senior Investigator of the National Institute for Health Research, and Fellow of the Academy of Medical Sciences. In 2012 he was awarded the first Nature “John Maddox Prize” for Standing Up for Science, and was knighted in the 2013 New Year’s Honours List.  In 2014 he was elected as the next President of the Royal College of Psychiatrists.

Professor Wessely has over 750 original publications, with a particular emphasis on the boundaries of medicine and psychiatry, unexplained symptoms and syndromes, military health, population reactions to adversity, epidemiology, history and other fields.    He is active in public engagement activities, speaking regularly on radio, TV and at literary and science festivals as well as writing columns for many national newspapers.