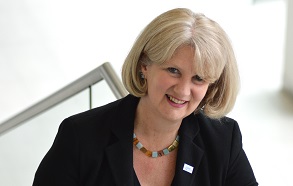 Claire has worked for the NHS for over 37 years, starting her career as a mental health nurse in a psychiatric hospital at the age of 23. After holding a series of positions in hospital, community, substance misuse and learning disabilities services, she joined Central North West London (CNWL) NHS Foundation Trust as Director of Nursing and Operations in 1999. In 2007, she then became the Chief Executive of the Trust, a position she still holds today.

In June 2016 she was also appointed as National Mental Health Director at NHSE&I and has been working with the national mental health team to deliver the Five Year Forward View for Mental Health and more recently NHS England’s Long-Term Plan.

In July 2019, she took on responsibility as the Director with oversight of NHSE&I’s Learning Disability and Autism programme.

Claire is still a registered nurse, has a keen interest in social policy and holds a first-class honours degree in this area.

She was awarded a CBE in the 2019 New Year Honours list for Services to the NHS.

In December 2019 she was awarded an Honorary Degree by Middlesex University to mark 35 years working in nursing.