The government successfully increased the number of mechanical ventilators in the NHS during the first phase of the Covid-19 pandemic, according to a report from the National Audit Office. And although the new ventilators were not needed at the April peak, the service is now better prepared for future demand.

The NHS initially had access to 9,100 mechanical ventilators – invasive intermittent positive pressure machines that take over a patient’s breathing – but increased this to 30,000 by early August. It followed a twin-track approach of both purchasing from existing suppliers (led by the Department of Health and Social Care) and encouraging UK manufacturers to scale up production (the ventilator challenge, led by the Cabinet Office). The programmes prioritised speed over cost and spent a total of £569m. 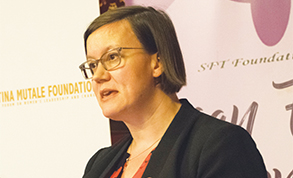 Initial estimates suggested the NHS could need up to 90,000 beds with access to ventilation. However, this was quickly scaled back. For example, a March estimate suggested the NHS might need 17,500 ventilated beds by mid-April.

In fact, the NHS had only added 1,800 new ventilators before the mid-April peak of the pandemic. However, these extra ventilators were not needed, with demand considerably lower than the worst-case scenario.

The government set targets to aim for 18,000 ventilators by the end of April and 30,000 by the end of June with the aim of creating a safety margin in available ventilation. While it missed both these targets, the number of ventilators available in the NHS continued to exceed demand and the Department, NHS England and NHS Improvement said they were not aware of any point when a patient who needed a ventilator was unable to get one.

According to the NAO report , the 30,000 target was surpassed in early August. Public Accounts Committee chair Meg Hillier (pictured) said the government had been quick off the blocks. ‘We were lucky the worst-case scenario didn’t come to pass before the extra ventilators had arrived. However, the NHS is now much better prepared for whatever happens next,’ she said.

And she praised the management of the procurement exercise. ‘DHSC and the Cabinet Office have shown it’s possible to work at pace and get results without writing a blank cheque,’ she added. ‘In this case they kept the chancers at arm’s-length and have set a benchmark for procurement during the pandemic.’

According to the NAO, the DHSC spent around £292m on its part of the ventilation programme, including £244m for around 11,100 mechanical ventilators (some of these were still in the pipeline in August). This comprises 8,100 intensive care unit (ICU) machines and around 3,000 transport ventilators.

At its peak, more than 1,000 emails a week were being received with offers of supplies. However, many were not backed up with firm commitments of stock and, in April, the Department changed its approach to only deal with manufacturers directly. Prices were rising throughout this period in line with global demand.

Quality assurance processes were also introduced including device reviews at NHS trusts. One device, designed for use in ambulances, was rejected at this review stage, with 750 units having been bought at a cost of around £2.2m with the idea of using them in ICUs.

In addition to the DHSC programme, the Cabinet Office spent around £277m for some 15,100 machines delivered through the ventilator challenge. The average cost was £18,300 with a wide range of actual costs reflecting different levels of sophistication and functionality.

The procurement process was not a traditional competition, but continually assessed multiple options against changing requirements. The Cabinet Office accepted higher levels of risk than normal, entered into contracts early and agreed to cover reasonable costs where required. Reasonable steps were taken to control the programme’s costs. 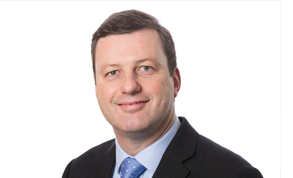 The NAO said that the overall costs of both programmes were higher than it or the departments would expect to see in normal times. ‘However, both departments maintained sufficient record of their programmes’ rationale, the key spending decisions they took and the information they had to base those on,’ the report said. ‘They also put in place effective programme management, controlled costs where they could and recovered some of their committed spending once it became apparent that fewer ventilators were needed.’

‘The government acted quickly to secure the thousands of ventilators it thought it may need to safeguard public health,’ said Gareth Davies, head of the NAO. ‘In the event, far fewer ventilators were required than was anticipated during the first phase of the pandemic, resulting in a stockpile that may be needed for future peaks in clinical need.’