The NHS in England is to repurpose existing buildings, taking a ‘Nightingale-type approach’ to tackling the diagnostic pinch points in waiting lists as services reopen.

Speaking at the Commons Health and Social Care Committee hearing on delivering NHS services during the pandemic and beyond, NHS England chief executive Simon Stevens (pictured) said the Covid outbreak offered a chance to develop new ways of working. One Nightingale hospital – in Exeter – has been partly altered to offer diagnostic services to non-Covid patients. 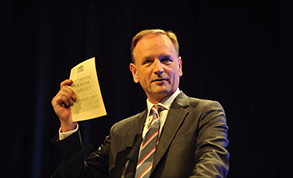 He said that around 80% of patients on a waiting list are typically waiting for a test or outpatient appointment, rather than waiting to be admitted for their operation. This had to be addressed as services are restarted.

‘This is particularly true of endoscopy investigations so we are looking for a radically different model, looking at the use of non-invasive methods for screening where appropriate. We are looking to run dedicated diagnostic and endoscopy suites – so three sessions a day, taking a Nightingale-type approach, if you like, to new dedicated diagnostic facilities. The first of those is going to be the Exeter Nightingale, which we are going to partly repurpose for non-Covid CT scanning. That will begin next Monday [6 July] and run 8 til 8, seven days a week. This is an opportunity and a necessity, quite frankly, to do something different in diagnostics.’

NHS Providers chief executive Chris Hopson said a lot of the service’s focus is currently on pinch points such as diagnostics, where there is a need for deep cleaning between patients. ‘One of the questions we are looking at is, can you create diagnostic hubs that sit outside the core hospital and maybe even in a separate physical location so you can maximise the throughput by having non-Covid patients go through that. You would then reserve the diagnostic capacity inside hospitals solely for Covid patients. Everybody in looking at this as a potential opportunity to try new ways of working.’

Elective admissions in March and April were 725,000 lower than would have been expected. That is beginning to rise, and the NHS in England was now at around 55% of expected elective activity levels. Sir Simon expected this to reach 75% in July and August. As intended, cancer care continued at a higher level – in March and April the NHS saw around 96% of the usual number of cancer patients for their first treatments. Referrals fell, however.

‘Paradoxically I think the waiting list will go down before it goes up, potentially significantly,’ he said. ‘The reason for that being that fewer people are coming forward and being referred onto a waiting list, so we’ve seen the overall waiting list drop by over half a million people between February and April. We expect that as referrals return that will go up quite significantly over the second half of the year.’

NHS Providers carried out a survey at the end of May to inform the committee’s inquiry. The provider body’s Chris Hopson said it had produced four key messages:

Mr Hopson told the committee: ‘We really need to have a proper and mature debate about what the priorities are, and recognise we have to be realistic about what the NHS can do. It will be working as hard and with as much ingenuity as it can, but it’s a difficult picture.’

NHS Providers members felt the flexibility shown during the pandemic where staff retrained and moved specialties must be kept and the system must not be allowed to ‘reossify’.