NHS Covid costs are more than £1bn a month

NHS Covid costs are more than £1bn a month

Covid-19 costs pushed the NHS in England £5.1bn above its pre-Covid budget in the first four months of the financial year, according to Julian Kelly, NHS England and NHS Improvement chief financial officer.

A paper on the month 4 financial position tabled at the NHS England and NHS Improvement board meeting on 1 October, said Covid costs amounted to £5.6bn in the period from April to July, which was partially offset by some reductions in costs. 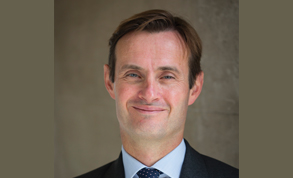 It said the pandemic had cost providers £936m in lost income, £982m in additional staff costs and almost £1.18bn in other Covid costs. However, this was offset by reductions in other expenditure of around £1.1bn, leading to a net financial impact of £2bn.

During the period, a revised and simplified financial regime was in operation and this has been extended, with some amendments, until the end of the financial year. At the time, provider income had three elements – a block payment based on 2019/20 clinical commissioning group income, a prospective top-up payment based on the 2019/20 expenditure run rate, and a retrospective top-up to cover additional costs and lost income.

The planned provider position has been calculated with national modelling used to establish the value of block contracts and prospective top-up payments.

CCGs reported an overspend against plan (calculated pro rata with the previously agreed mandate for 2020/21) of £1.4bn. Most of the overspend – just over £1bn – related to Covid costs, with the balance mainly due to higher prescribing costs in the early months of the pandemic.

Provider top-up payments amounted to £3.7bn, with £2bn of this being paid retrospectively. Overall, the NHS recorded a deficit of £5.1bn compared with the pre-Covid budget. However, this does not include most of the additional costs incurred by the NHS for testing and personal protective equipment over the four months. These are being picked up by the Department of Health and Social Care.

‘There’s been a consistent rate of aggregate spend over the first four months of the year. Subsequent to this report, we have had month 5 numbers which continue that trend. On average, we have effectively been spending about £1.25bn more a month than the budget planned before the start of the year.

‘That is a combination of higher costs due to Covid as we’ve expanded the workforce and dealt with sickness absence, lower income in providers as they’ve had less private patient income, fewer visitors to hospital, changes in their research programmes.’

The higher costs were also due to the extra capacity put in place in the independent sector, enhanced discharge arrangements and, at the beginning of lockdown, higher levels of prescribing, he added.

He acknowledged the recent efforts of the service to increase activity while still dealing with issues around infection control.

‘It’s a massive challenge but you can see the service responding to recover. Clearly there’s going to be a challenge as we go through this next phase depending what happens to the pattern of Covid, but again you can see the plans coming through with the service thinking hard about how it uses the capacity it has available.’

He added: ‘We have put out a financial incentive scheme, not without some controversy, but I think you can see the service responding and working flat out to recover those services.’