NHS chief executive Simon Stevens has set out NHS capacity requirements likely to be needed during the Covid-19 response as he revealed that the NHS broke even in 2019/20 before taking account of virus-related expenditure.

Sir Simon (pictured) provided an update on the financial position for 2019/20 as part of evidence to the Public Accounts Committee’s inquiries into NHS financial sustainability and capital expenditure. ‘The NHS in the round – before we had exceptional Covid expenditure at the end of the financial year – once again broke even,’ he said. ‘We halved the proportion of trusts in deficit, so three-quarters of trusts ended the year in surplus and three-quarters of clinical commissioning groups broke even or were in surplus as well.’ 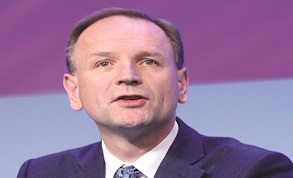 He said this represented significant progress compared with 2018/19, at the end of which 46% of providers reported a deficit, according to the National Audit Office.

Addressing the next phase of the NHS response to Covid-19, Sir Simon told the committee that NHS England was exploring the capacity that the service would need as it moves forward. ‘We believe we will need a permanent increase in properly staffed critical care,’ he said. Secondly, we are likely to need more general and acute hospital beds. Thirdly there will also be benefit in an expansion in rehabilitative and step-down care offered by community health providers. And fourthly, the build out of primary care multi-disciplinary teams, which was already in train as part of the long-term plan – there is no world in which we wouldn’t want to double down on that.’

He said a lot of this was ‘driving off’ the long-term plan in terms of joining up services and emphasising prevention. ‘But in terms of capacity, we are clearly now in a different situation,’ he said. ‘We need to be able to have reserve capacity for coronavirus and to deal with the catch-up of the backlog of displaced cases.’

In terms of the very specific capacity provided by the various Nightingale hospitals opened around the country, Sir Simon suggested that these were likely to held as reserve capacity against a further surge in coronavirus cases. However, he said the model adopted might differ from place to place and that decisions would be taken in the coming weeks.