The government has promised to increase nurse numbers, but it does not have a detailed understanding of NHS nursing needs, the Commons Public Accounts Committee said today. 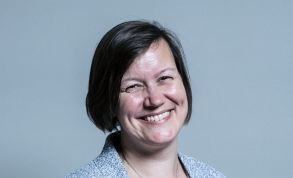 The NHS has nearly 40,000 vacancies and the government has promised an additional 50,000 nurses. The report said it was relying on a short-term increase in overseas recruitment as part of the plan to meet that promise. But even before the pandemic, thousands of nurses were leaving the profession every year and the NHS has acknowledged growing signs of staff stress and burnout during the pandemic.

A Royal College of Nursing (RCN) survey showed 36% of nurses were considering leaving the profession in the next year – up eight percentage points since before Covid. While two-thirds of respondents said low pay was driving their thoughts about leaving, almost half said it was due to low staffing levels, the way nurses had been treated during the pandemic or lack of management support.

The PAC said there were signs the NHS was ‘fire-fighting’ on the issue of nurse recruitment rather than taking a longer-term approach. The pace of progress on employing more nurses was too slow. The committee highlighted delays to the NHS people plan – the first part of the plan was published in July, but the second will not be issued until after the spending review. It recommended the substantive workforce plan be published as soon as possible using existing long-term funding allocations.

It added that the demand for nurses had yet to be quantified, while demand varies between regions and specialisms. For example, nursing vacancy rates are particularly high in mental health trusts and in London.

NHS England and NHS Improvement told the committee that local areas were revising their estimates of the number of nurses needed, which will be published with the second part of the people plan.

The PAC added that the people plan should include costed and detailed action plans for each nursing supply route – increasing domestic supply, international recruitment and improved retention – and should include the number of nurses coming from each route. The national bodies should also consider actions needed to boost recruitment, such as better pay, the MPs added.

While much of the attention was on NHS nursing, the PAC said, the nursing needs of care home remained an afterthought. Vacancies for nurses in social care increased from 4% in 2012/13 to 10% in 2018/19, while the number of registered nursing posts in social care has fallen by 20% since 2012/13. The Department of Health and Social Care should set out its understanding of nursing requirements across health and social care, and how it will support recruitment and retention in social care, the report added.

The PAC said the removal of the nursing bursary in 2017 had failed to increase student numbers. This has now been replaced by a maintenance grant. The committee called on the Department, NHS England and NHS Improvement, and Health Education England to write in October explaining how the new arrangements will boost student numbers, together with their spread across different backgrounds, nursing specialisms and regions.

‘The picture from the front line of nursing in the NHS and care homes is not good. I fear with the strain of a huge shortage of nurses and the worrying reports of low morale and huge numbers considering leaving in the next year, we are facing an emerging crisis in nursing.

‘We fully recognise that the NHS is reeling under the strain of Covid-19, with staff unsure how they will cope with the second wave that it seems clear is already upon us. But it must not take its eye off the ball and allow a slide back into short-term, crisis mode. It must press on with coherent plans to get the nursing workforce back to capacity, under the kind of working conditions that can encourage hard-won, hard-working nurses to stay in our NHS and care homes.’

A King’s Fund report for the RCN Foundation, also published today, found the Covid pandemic had exacerbated and highlighted longstanding problems faced by nurses. These included inequalities, inadequate working conditions and excessive work pressures. It said nurses had three core work needs to ensure their wellbeing and motivation at work – autonomy to control their work lives; to be connected to colleagues and to feel valued and respected; and to see their work is effective and delivers valued outcomes.

The King’s Fund said immediate action was needed to improve working conditions and to review 12-hour shifts to address exhaustion and burnout in nurses and midwives.

‘The current system is not sustainable,’ said Suzie Bailey, director of leadership and organisational development at The King’s Fund. ‘An urgent review is needed to investigate alternative shift patterns and look at mitigating the impact of 12-hour shifts on staff wellbeing, care quality and safety. This may include providing rest areas for staff to decompress during shifts or to sleep after a night shift before driving home.’