The HFMA honoured some of its members who have made a significant contribution to the association at its key supporter dinner in London last night.

The association awarded four honorary fellowships and five key contributor awards. The winners received their awards from HFMA president Bill Gregory during a ceremony at the Institution of Civic Engineers in London.

Chief executive Mark Knight said the HFMA would not be as successful without its key supporters, who work hard for the association. He added: ‘Thank you, to all our award winners tonight and to all of our members, our key contributors, our corporate partners and all the staff at HFMA. We really do depend on your support and loyalty and it is you that makes us unique.’

The honorary fellowships, which recognises members who have made a sustained contribution to the life and work of the association, were awarded to:

Pam Hobbs – nominated by the HFMA South Central Branch and the Skills Development Network, she has been an advocate of finance staff development throughout her career. She cares deeply about providing opportunities for school leaves, graduates and those in roles to progress in their careers through learning.

Ros Preen – unfortunately she could not attend the ceremony. She has been an HFMA member throughout her career in the NHS, spanning more than 20 years. She recently stepped down from the association’s board and trustees and the fellowship is an acknowledgment of her service. 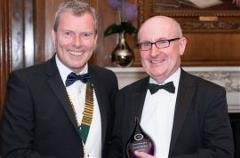 Tim Crowley – the HFMA North-West Branch nominated Mr Crowley to acknowledge his commitment to local NHS finance over many years. The award is a mark of its appreciation of his work and the fact that his input will be greatly missed now he has stepped down from the Mersey Internal Audit Agency. 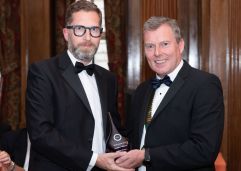 Jonathan Stephens – nominated by the HFMA Payment Systems and Specialised Services Group, he took an active role in the association’s Payment Systems Commissioning Group in 2013. He continued to chair the group when it merged and has only recently stepped down. The group said his vast knowledge and level-head have been great assets and he has always ensured detailed and often difficult discussions are kept focussed.

The association made three bronze and two silver key contributor awards. The bronze awards were made to: 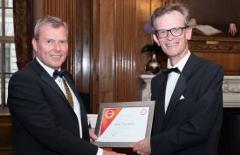 Mike Townsend – a stalwart of both local and national HFMA activities, he was nominated by the Kent, Surrey and Sussex Branch. As well as playing a key role in the branch for at least 12 years, he is also a member of the national HFMA Governance and Audit Committee. He single-handedly organises one of the branches largest events each year, the annual accounting standards update and turns what some think as a dry topic into an entertaining informative session. 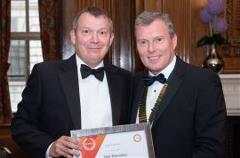 Neil Kemsley – who was honoured for his work with the South West Branch, where he was chair. Described as having a clam and welcoming manner, his leadership skills invigorated the branch and brought together an excellent, proactive committee. Those who have worked with him will have benefitted from his focus and commitment.

Sheila Stenson – unfortunately she was unable to attend, but Mr Knight paid tribute to her commitment to the HFMA. She is currently Kent, Surrey and Sussex Branch chair and is passionate about staff development, the branch and its members. She won the HFMA Deputy Finance Director of the Year Award in 2016 and was the first member of the national talent development pool to secure a finance director post. 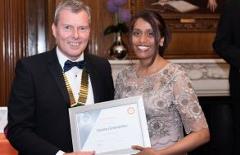 Kavita Gnanaolivu – she has played an active role in the Wales Branch for more than 10 years and is the driving force behind the branch research and development work. She has led and contributed to projects that have benefitted the NHS in Wales and across the UK. 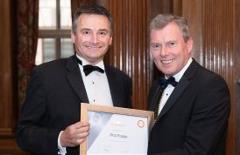 Phil Foster – was nominated for the silver award by the Provider Finance Faculty Technical Issues Group. A supporter of the HFMA for many years, he is currently the faculty’s vice chair. His experience and knowledge are greatly valued by the group. He can be relied upon to comment on any issues that arise and often brings new issues to the committee’s attention.