The HFMA has backed proposals to change how non-contract activity (NCA) is paid for across England, potentially reducing the number of invoices generated each year by 340,000 and cutting the administrative burden associated with contracting.

The proposals, which were consulted on at the end of 2020, cover payments for care typically undertaken outside a patient’s local area and where a formal contract does not exist between the commissioner and care provider. The new system would effectively embed temporary arrangements introduced in 2020/21 to simplify funding flows during the Covid-19 pandemic. 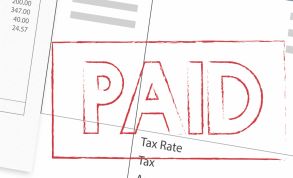 Under the proposals, clinical commissioning groups with an expected annual contract value of £200,000 or more with a specific trust would be required to become direct signatories to the main contract between that trust and its co-ordinating commissioner. These above-threshold CCGs would make payments direct to the trust as currently happens.

But, where the expected contract value falls below £200,000, the payment would form part of the provider’s main contract activity with the co-ordinating commissioner with an adjustment made to each CCG’s allocation to reflect the net difference in spending.

In its response to the consultation, the HFMA backed the proposals as a means of reducing costs and the administrative burden associated with low volume activity flows.

NHS England and NHS Improvement's consultation paper estimated that the changes would eliminate the number of invoices flowing from trusts to CCGs by around 340,000 in a full year. This would translate into a direct saving of around £1m annually in terms of transactional charges levied by NHS Shared Business Services – which processes all intra-NHS invoices.

They national bodies also estimate that trusts could save a further £3m in their own transactional charges. The cost of staff administering non-contract activity is at least £20m annually, and reduced workload for finance and analytical staff would enable staff time to be transferred to more value-adding activities.

The HFMA Commissioning Steering Group has been advocating the simplified approach for some time and believes the temporary financial regime put in place during the Covid-19 response has shown the benefits of reduced transactional processing.

The association said there was some appetite among members to raise the threshold from £200,000 to £500,000, which was the threshold used in the second half of 2020/21 as part of the simplified payment arrangements. However, it acknowledged the arguments by NHS England and NHS Improvement for setting it at the lower level.

Increasing the threshold to £500,000 would only avoid a further 30,000 invoices and could create perverse financial incentives for CCGs to encourage referrals to alternative providers, the two bodies had claimed.

The national bodies also wanted input on whether low volume activity payments should involve simple block payments or be treated as indicative amounts subject to retrospective adjustment. The HFMA favoured the simpler approach, with concerns that the reconciliation approach could lead to a ‘new validation industry’ being created, and adding transaction costs back into the process.

However, the association called for care to be taken in assessing expected contract values. Initial adjustments would be based on an average of the three years NCA values from 2017/18- 2019/20 – and Covid-19 has had an impact on the levels of out-of-area treatment. And this would need to continue to be taken into account in future years, with a proposal to base adjustments on a rolling  three-year average.

One area that finance practitioners have flagged as needing to be better understood is how the changes might impact on a CCG’s ability to demonstrate that it is complying with the Mental Health Investment Standard (MHIS). With low volume activity making a significant contribution to the standard in some areas, MHIS baselines would need to be reset to take account of shifts in funding between CCGs.