The NHS must retain the significant innovative practices that have been introduced in response to the Covid-19 pandemic this year, NHS England and NHS Improvement national medical director Stephen Powis told the HFMA annual conference.

Kicking off the last day of the conference, Professor Powis said there had been a huge amount of innovation. ‘The NHS has moved very flexibly,’ he told delegates. ‘Whether it is the digital technology and remote consultations, whether it is the flexibility in ways of working, whether it is the way we stood up clinical trials rapidly and got rapid results that have benefitted not just NHS patients, but patients across the world. We need to hang on to those and ensure the innovations that are of benefit to patients are not forgotten about.’ 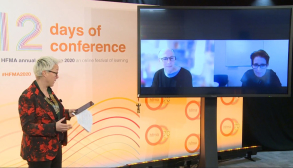 He said a huge amount of work was underway to make sure this happened. Restoration of services remained a major challenge with the waiting list having ‘moved to the right and shifted in its age’. This had to be brought back under control, but with the added challenge of the infection control environment needed during the pandemic.

‘This has put up all sorts of challenges around the flow of work, particularly in those procedures such as upper GI and endoscopy that are aerosol generating procedures and [therefore] the riskiest,’ he said. Work to reconfigure pathways would need to continue.

The second wave had brought further challenges. It is not clear whether the NHS will see other respiratory illnesses to the same extent as it would in a normal winter, but these still had to be planned for. 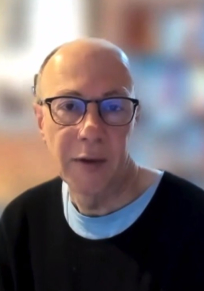 Professor Powis (pictured) said he had also been impressed with the speed of the scientific response. ‘To get to a point where we had a deployable vaccine at the beginning of December, from where we were at the start of the year, is really a phenomenal scientific response that simply would not have been possible even five years ago and certainly not a decade ago,’ he said.

The way that scientists and clinicians had collaborated across international boundaries would stand health services in good stead for future years. But he warned that the fundamentals of the pandemic had not changed and there were still a lot of unknowns. The core epidemiology was the same and social distancing measures would still be needed until enough people had been vaccinated. ‘We still don’t know – because we won’t know until we get vaccination programmes underway – how the vaccines affect transmission of the virus as opposed to reducing individual risk of infection or severity of infection,’ he said.

He also praised colleagues in science and medicine for ‘telling it as it is’ throughout the year. Science and medical leaders had been thrust into the heart of government decisions and the public eye. ‘My colleagues have handled that very well,’ he said, ‘and I think we have tried our hardest to convey to the public the scientific basis for this, to be honest and open, and to tell it as it is in what is a very fast-moving environment.’ 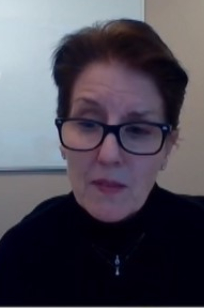 In the same session, Public Health England director of health protection and medical director Yvonne Doyle (pictured) briefed the conference on the epidemiology of Covid-19, how it had spread differentially across the globe and the various responses to combatting the virus. She said there was a growing consensus across the world on the measures that worked in controlling outbreaks and the UK had shown it had strengths in a number of areas.

‘People do admire what we are doing,’ she said. ‘This thing about national shame, we need to pull up our socks a little bit and realise the huge effort this country has put in to looking after its population. It hasn’t always given us the outcomes we’ve wanted, but it is not for the lack of effort or for the lack of good resilient leadership and that will continue.’

Professor Doyle added that the country would need to consider key questions as it moved forward in terms of public health investment, what it is trying to achieve and how it ‘invests for the rainy day’.