Speaking to the HFMA annual conference on Tuesday – a day dedicated to staffing issues – Ms Issar (pictured) underlined the four pillars of this year’s people plan, We are the NHS. The plan set out actions around: looking after our people; belonging in the NHS; new ways of working; and growing for the future. 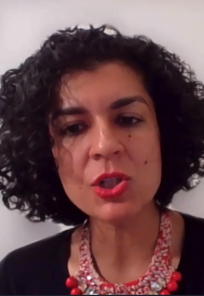 She acknowledged that ‘belonging’ was a word not often seen in policy documents, but stressed the importance of creating an organisational culture where everyone feels they belong. Much of this was about equality, diversity and inclusion – issues raised in other sessions during the conference – and actions would involve overhauling recruitment and promotion practices.

‘There has been a high cost of the pandemic on certain communities, especially black, Asian and minority ethnic communities and staff and we have been focusing a lot on the support we need to provide to support our BAME staff, but in fact to all staff,’ she said. ‘Risk assessments for instance came up as a recommendation from BAME staff and over one million conversations have taken place in the NHS in the last few months to assess people’s risk, to look at psychological wellbeing and to make reasonable adjustments. That is just incredible.’

She described this as a necessary, but not sufficient action to address some of the structural inequalities in the NHS and society. But she said that individual healthcare managers had a role to play in ensuring all staff felt like they belonged.

‘The NHS was set up as a tool for social justice, not only as an administrator of healthcare,’ she said. ‘It was really about access to good health outcomes. To do that, we have to ensure we have equality and inclusion within our institutions as well as how we are providing healthcare to the people we serve. It is not enough to be good healthcare leaders, we also have to be good social justice leaders.’

Ms Issar stressed that while new ways of working would be important – expanding traditional role boundaries for example – there was no getting away from the fact more people were needed. And she insisted that the NHS had to build on the increased interest in NHS careers that has resulted from the pandemic and the high-profile nature of the health service’s response. She highlighted the big increase in interest in paramedic careers and nursing degrees this year as improvements that should be built on.

Ms Issar was asked about the role for rewards and recognition for frontline staff in recognition of their response to Covid. ‘As the chief people officer, you will not be surprised to hear that I will be, and am, pushing for a pay rise,’ she said. ‘However, this is not an NHS England and NHS Improvement decision, it is a government decision and Treasury decision. And there are lots of competing priorities. But our recommendation is going to be a pay increase, because we want everybody to be remunerated fairly and well for what everyone has done.’ However, she said that broader recognition would also be important. 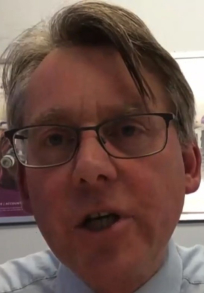 Julian Hartley (pictured), chief executive of Leeds Teaching Hospitals NHS Trust, shared the session with Ms Issar. He said that while pay was important, it was not an inherent motivator in terms of self-actualisation. ‘We want to get to a sense of shared purpose – what you do every day connects to a higher purpose,’ he said. ‘And what greater organisation could you work for than the NHS?’

‘We can do a lot in our organisations as leaders in terms of how we thank, recognise and lift up our people and it is important that we do our bit to create that environment that supports the national tone being set,’ he added.

Mr Hartley told the conference about The Leeds Way – which defines the trust’s values and behaviours and how it works on a daily basis. Developed using crowdsourcing technology to identify what was important to staff, the approach involves working towards a shared vision and empowering staff and teams to take action to improve services and eliminate waste.

It is based on evidence that more engaged staff lead to better outcomes for patients and organisations. And the approach at Leeds, which has won wide-ranging plaudits including from the Care Quality Commission (CQC), has led to a major increase in staff engagement and service improvement.

The engagement can be seen through staff survey results and the overall service improvements led to a CQC rating being raised from ‘requires improvement’ to ‘good’, with an ‘outstanding’ rating for use of resources. The trust has also worked with the US Virginia Mason Institute as part of a five-year programme to develop a Lean culture.

A focus on waste reduction, rather than cost improvement, had helped to turn a significant trust deficit into a surplus, enabling the trust to increase its capital investment programme.