The national conversation on One NHS Finance has produced a powerful statement from finance staff that can’t be ignored, the HFMA annual conference was told.

Earlier this year, Future-Focused Finance (FFF) launched its consultation exercise aiming to engage as many finance staff as possible in shaping the future function and understanding how finance professionals could work better together to meet the service’s needs. Feedback from this engagement was presented at today’s conference, which was run in association with FFF. 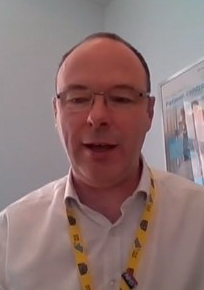 Simon Worthington, finance director at Leeds Teaching Hospitals NHS Trust, announced that some 2,000 people logged into the conversation, with more than 650 logging on multiple times. They shared nearly 300 ideas and more than 1,200 comments and voted on comments, ideas and statements a massive 13,000 times. In total participants made more than 14,500 contributions.

‘Thank you to everybody who engaged in the process,’ said Mr Worthington. ‘The fact that you engaged with it so well – including the happy disagreements that people were having on the site, which were really powerful – means it can’t be ignored.’

Debbie Fisher, director of Clever Together, which ran the engagement, said it was one of the most positive conversations the company had seen. And it was clear the finance community felt positive about its role in delivering high quality NHS services and broadly saw NHS finance as a good career.

Contributions fell into three themes: our people; our pride and perceptions; and our systems and processes. And the community’s vision for the future could be looked at through five lenses: consistency; collaboration; innovation; fairness; and a desire to put the patients at the heart of all activities.

More than half the conversation was around the ‘people’ theme, with participants reporting that NHS finance was a good place to work, but feeling that the role should be promoted more proactively. There was also a good sense of belonging to an NHS finance profession, not just a specific organisation. However, there were some calls for greater flexibility in where and how people work. And consistency was also needed in providing opportunities for staff to progress in their careers.

Consistency and standardisation was also a key topic in discussions about improving systems and processes. While there were differences of opinion around whether the service should adopt national systems, there was clear support for standardisation where pragmatic.

There is already some exploratory work going on in this area, but Mr Worthington said that there was ‘strong assurance that this genuine engagement exercise will influence that thinking’. He acknowledged that there were tensions between possible national systems and organisations’ freedom to choose their own solutions. No decisions had been made, but the work had shown strong support for some standardisation at integrated care system level.

Collaboration came up a lot, with participants keen to see the finance community working together across trusts and geographical boundaries, sharing knowledge and learning.

The Finance Leadership Council will study the feedback and will then test its ideas and understanding of the function’s views in a further online engagement exercise. Although no firm actions have yet been committed to, the council is looking into developing a national talent management and learning and development offering. This would ensure that finance staff in different parts of the country were able to access the same level of support on training and development.

Mr Worthington said the national conversation was a ‘powerful piece of work’ and he encouraged finance staff to keep engaging as the programme moves forward.

Good governance during Covid gives pointers to the future