‘The first thing I knew about it was when the associate director of finance rang me to say he had a job for me. It was just about pulling together a few rotas for drivers to ensure staff got to work and he thought it was something I could sort.’ 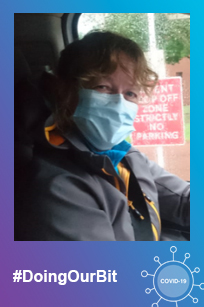 So says Naomi Bennett, a management accountant at Chesterfield Royal NHS Foundation Trust, of her introduction to a project that would take up much of her time over the following three months. Though she took great satisfaction from the project, it was a transport co-ordination role that quickly grew into something more akin to setting up and running a taxi company, alongside her own job.

When lockdown began, local buses ran on a Sunday only service, seven days a week. With many staff, including nurses and domestics, working shift patterns it became difficult for some to get to the hospital on time, or to get home once their shift ended. To help, the local branch of the car sales and hire firm, Arnold Clark, generously offered the temporary use of two minibuses free of charge.

A message was sent to all staff to gauge the need for transport and, at one point this reached 53 requests for support. The service was open to all staff who could not flex their hours in line with the revised public transport timetables.

‘For clinical staff it’s not appropriate to turn up mid shift, and some domestic staff needed transport to get home after an 8pm finish,’ she says. ‘Others had childcare issues, where they couldn’t drop their child off before a certain time, so we were able to help them out too. The journeys covered a nine mile radius from the hospital. For those living further afield, the trust organised and paid for a taxi.’

She recruited four volunteers – relatives or friends of those who work at the hospital – two taxi drivers John Race (pictured, top left) and John Brookes (bottom left) and two retirees. The latter (David Lovett and Glynn Carter, pictured bottom right, left to right), who she affectionately calls the Chuckle Brothers, did morning and evening shifts, while the others shared morning, afternoon and evening duties. Unfortunately, after a few weeks one of the taxi drivers had to end his stint as a volunteer, but a full-time member of staff, Matthew Joynes (top right), who works in procurement at the trust, offered his assistance in the evening. (Mr Race is hoping to join the trust as a porter in the near future.) 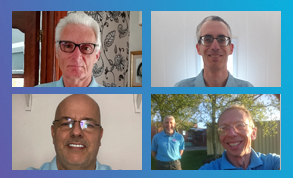 She is amazed by how much of their own time the volunteers were prepared to give up. ‘I shadowed Glynn one wet and windy evening, to see things from his perspective. He had already cycled the five miles to get to the hospital. After basic vehicle checks and wiping down seats, internal door handles etc and donned with masks, we picked up a group of domestic staff. Very much a character, he entertained the staff, and me, throughout his three-hour shift. I was absolutely shattered by the end of it, but he still had cleaning duties and a five-mile cycle home and, amazingly, would be back at the hospital early the next morning!’

With physical distance rules in place, a maximum of 12 staff could be carried in the two minibuses at any one time. Naomi created a ‘one file fits all’ spreadsheet co-ordinating staff pickups and drivers. ‘I was thankful that Glynn supported me throughout. He was the reason the service worked operationally.

‘In the end, it was Glynn who told me that buses were back to their usual timetables.' So, after three months, it was time to call an end to the Chesterfield Royal minibuses. She contacted all the staff to advise of the discontinuation of the support, and to ensure they would have no ongoing issues. ‘There was some nervousness that because of social distancing, there would not be room on the [public] buses. Thankfully, there were no problems.

‘Thinking back, it was frustrating initially, working from home and fumbling through processes I knew nothing about, like who do I contact to get an ID badge for a volunteer. The days were quite long as I was trying to do my own job at the same time. Staff work across seven days a week so often queries dripped into the weekends and I spent my Saturday afternoons drawing up the next week’s driver diary sheet. No one week was ever the same.’ 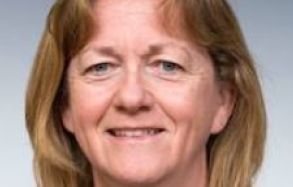 However, the project gave her a sense of gratification, and she would not hesitate to help out again.

‘I have the experience of seeing a project like this through in its initiation, day-to-day operation and conclusion. Something the trust had never been involved with in the past. If something similar happened again – not necessarily buses – I have plenty of advice to give!’