Doctors get 2.8% pay rise, but nurses have to wait

Doctors get 2.8% pay rise, but nurses have to wait

NHS dentists and doctors will receive a 2.8% pay rise backdated to April as part of above-inflation pay rises for nearly 900,000 public sector workers.

The announcement follows the government’s acceptance of independent pay review body recommendations. Awards approved for armed forces, prison officers, senior civil servants and NHS staff will be backdated to April, while teachers’ and the police pay rise starts from their new pay year in September. The awards do not cover NHS nurses or Agenda for Change staff, who are covered by a three-year pay deal covering April 2018 to March 2021. 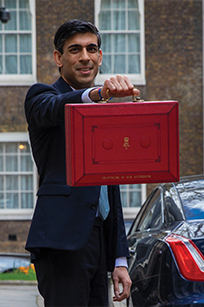 Chancellor Rishi Sunak (pictured) said the awards reflected the enormous efforts made by public sector staff in responding the Covid-19 outbreak. ‘These past months have underlined what we always knew – that our public sector workers make a vital contribution to our country and that we can rely on them when we need them. It is right therefore that we follow the recommendations of the independent pay bodies with this set of real-terms pay rises.’

The 2.8% increase for doctors and dentists compares to 3.1% for teachers, 2.5% for police officers and 2% for the armed forces. In basic pay, the award is worth between:

English health secretary Matt Hancock said recent months had been ‘an incredibly challenging time’ for the NHS. ‘I am committed to supporting the entire NHS and social care workforce through improved recruitment and retention and delivering 50,000 more nurses and 6,000 more doctors in general practice.’

Welsh health minister Vaughan Gething said the increase was ‘well-deserved recognition’ but added that the Treasury had not provided any extra funding to cover any uplift above 1%. ‘The additional funding will need to be found from existing budgets,’ he said.

However, there was criticism about making no further increase to nurse pay, despite this being the third year of a deal that was expected to see most staff receive an average of a 6.5% increase over the three years. And social care staff will also miss out.

‘Nursing staff have witnessed great public support and now need to feel the same from government. Telling them to wait until next year is not acceptable – nursing staff deserve a fair pay rise now,’ said Dame Donna Kinnair, chief executive and director general of the Royal College of Nursing.  The RCN and other health unions have already called for discussions on a fully-funded pay rise for NHS staff. ‘In this year, of all years, it is time to value these professionals and begin to fill the tens of thousands of vacant posts,’ she added.

The Institute for Public Policy Research said that earlier public sector pay freeze policies meant that, even with the 2018 pay deal, real-terms pay for health workers still lags behind pre-austerity levels. For example, the pay of the average band 5 nurse is £27,416 in 2020/21, which represents a real-terms pay cut of almost £2,500 compared with the rate of inflation since 2011, the think tank said.

NHS Providers’ deputy chief executive Saffron Cordery welcomed the pay rise for doctors and acknowledged that junior doctors and Agenda for Change staff were covered by existing multi-year deals. ‘But central funding to recognise the additional work undertaken by these groups during the pandemic is necessary,’ she said, ‘particularly given that these pressures will not ease for some time.’

She added that the strain on social care staff should also be recognised through ‘increased funding to local authorities and an urgent, but long-term solution for the sector’.

National Care Forum executive director Vic Rayner said it was ‘unacceptable’ for the government to side step the issue around social care workers’ pay. ‘Care workers have been a stalwart of the Covid frontline and need recognition,’ she said. ‘This has never been a low skilled job and should never again be consigned as a low paid role. We need the government to act now to ensure that each and every care worker is rewarded for their extraordinary work.’ 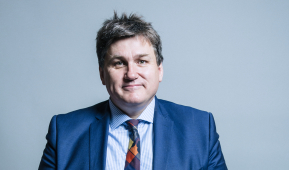 However, police minister Kit Malthouse (pictured) said the government ability to influence pay rates in private sector bodies, where most social care staff work, was limited. ‘We have raised the level of the minimum wage up very significantly over the last few years to get it up towards the £10.50 mark and that, we hope, will push through into these private sector jobs,’ he told BBC Radio 4’s Today programme. The government announced plans to increase the national living wage to more than £10.50 an hour by 2024, compared with £8.72 currently, in its Budget earlier this year.