This week saw more good progress with the Covid-19 vaccination programme amid rising concerns about the threat of new variants of the virus and calls for a more comprehensive closure of borders to restrict their spread.

Prime minister Boris Johnson announced plans to strengthen border controls at the end of January. All incoming travellers were already required to have evidence of a negative Covid test, taken within three days prior to leaving, complete a passenger locator form and self-isolate for 10 days on arrival. But Mr Johnson said that arrivals from 33 red-listed countries, where new strains of the virus have been found, would in future be required to quarantine in government-provided accommodation such as hotels for those 10 days.

Further details only emerged on Thursday with the announcement that the scheme would start on 15 February. Health secretary Matt Hancock is heading up the cross-government work on mandatory quarantine. ‘We are now working at pace to secure the facilities we need to roll out managed quarantine for British nationals returning home from the most high-risk countries, and are rightly engaging with representatives from the hospitality, maritime and aviation industry, and learning from our friends around the world,’ a spokesperson for the Department of Health and Social Care said. ‘In the face of new variants, it is important that the government continues to take the necessary steps to protect people and save lives.’

Several countries, including Australia and New Zealand, have had a hotel quarantine system in place for the best part of a year and many feel the UK proposals do not go far enough. Senior research fellow at the UCL School of Pharmacy Oksana Pyzik said that better border control would help protect the vaccination programme. She told LBC earlier in the week that, in public health terms, it would be more effective to have a coordinated approach across all four UK nations and for controls to follow a ‘more strict strategy’.

‘This is particularly important because the UK has been about three steps behind this virus at every stage of the pandemic,’ she said. ‘Now things are turning around with the success – the very rapid rate – of vaccinations across the UK. We cannot put that at risk by allowing further community transmission particularly of these variants.’

As well as allowing new variants into the country, enabling increased transmission of the virus in general would create more opportunities for further variants to emerge.

In prime minister’s questions, Labour Leader Keir Starmer said that the government’s own adviser, the Scientific Advisory Group for Emergencies (Sage) had stated that ‘only a complete pre-emptive closure of borders or the mandatory quarantine of all visitors upon arrival can get close to fully preventing new cases or new variants’.

Mr Johnson said that Sage had not recommended a complete ban and that the UK already had one of the toughest regimes in the world. He also appeared to suggest that tighter restrictions could impact on the 75% of medicines and 45% of foods that are currently imported, as well as on numerous businesses.

Mr Starmer countered that any regime would clearly involve exceptions. ‘The position is this: 21,000 people are coming into this country every day. The prime minister’s new border arrangements are still weeks away from being implemented and will only affect direct flights from some countries. We know from the first wave of the pandemic that only 0.1% of virus cases came from China, where we had restrictions, whereas 62% came indirectly from France and Spain, where there were no restrictions.’ 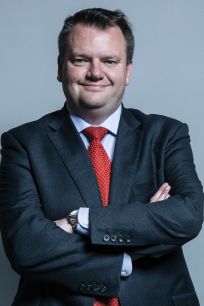 And speaking after the 15 February start date was announced, Nick Thomas-Symonds (pictured), Labour’s shadow home secretary, labelled the further delay as ‘beyond comprehension’. ‘We are in a race against time to protect our borders against new Covid strains,’ he said. ‘Yet hotel quarantine will come in to force more than 50 days after the South African strain was discovered.’

Scotland’s first minister Nicola Sturgeon had already said that Scotland would go further. ‘I can confirm that we intend to introduce a managed quarantine requirement for anyone who arrives directly into Scotland, regardless of which country they have come from,’ she is reported as saying. She said that suppression of the virus within the country’s borders had to go hand in hand with guarding against fresh importation of cases from overseas.

The South African variant is currently causing most concern with 105 cases discovered across the UK by the beginning of the week. Health secretary Matt Hancock announced that door-to-door testing was underway in the relevant areas. The variant and others that were discovered in the UK and Brazil all spread more easily than the original virus, which could increase cases, leading to more hospitalisations and creating further opportunities for mutations. There are also concerns that current vaccines may be less effective against the new variants.

However, the vaccine programme continued apace this week, passing the 10 million mark for first doses. After a week in which daily vaccinations ranged from 320,000 to nearly 600,000, the UK now needs to deliver an average of nearly 350,000 vaccinations a day to hit its 15 February target of vaccinating the 15 million people in the top four priority groups identified by the Joint Committee on Vaccination and Immunisation.

Scotland has faced criticism for having a slower vaccination rate than the rest of the UK. However Ms Sturgeon said the apparent lag was because Scotland had prioritised care homes within the top four priority groups, which together cover care home residents and staff, NHS and care staff and everyone 70 or over. The fact that the vaccines have to go to the residents, rather than getting the residents to come to a vaccine centre, makes the vaccination process slower.

‘We have now vaccinated, with the first dose, 98% of older residents in care homes, and 89% of staff working in older people’s care homes have also now had the first dose of the vaccine,’ she said, stressing these were figures for vaccinations administered not simply offered. At the same time, more than 90% of over 80-year-olds in the community had received a jab. And with the more complex care home sector broadly completed, the vaccination rate was now accelerating – 55% more vaccinations were delivered this week compared to last week.

There was further good news on vaccines this week with early results from a University of Oxford study on the Oxford/AstraZeneca vaccine suggesting it offers 76% efficacy from day 22 to day 90 after the first dose of the vaccination. This provides support for the government’s initial focus on first doses at the expense of delaying the second dose for 12 weeks. But it also suggests the vaccine could have a substantial effect on transmission, as well as protecting against serious illness. 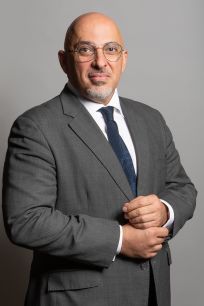 And in terms of supply, health secretary Mr Hancock said that the government now had 400 million doses of vaccine on order, including a further 40 million doses of the yet-to-be-approved Valneva vaccine. Along with the AstraZeneca jab (manufactured in Oxford, Staffordshire and Wrexham), the Novovax vaccine (Teesside) and the Valneva vaccine (Livingston), the UK had built-up its UK-based vaccine manufacturing capability, he said.

It was also announced this week that a new study – supported by £7m of government funding – will explore the effect of using different vaccines for the first and second doses. This could mean for example, using the Oxford/AstraZeneca vaccine for the first dose and following it up with a dose of the Pfizer/BioNTech vaccine.

Minister for vaccine deployment, Nadhim Zahawi (pictured above), said it was a hugely important clinical trial. ‘Nothing will be approved for use more widely than the study, or as part of our vaccine deployment programme, until researchers and the regulator are absolutely confident the approach is safe and effective,’ he added.

And deputy chief medical officer Jonathan Van-Tam explained that, with potential global supply constraints, a more flexible immunisation programme could be an advantage. ‘It is also even possible that by combining vaccines, the immune response could be enhanced giving even higher antibody levels that last longer,’ he said. ‘Unless this is evaluated in a clinical trial we just won’t know.’

Covid cases appear to be continuing to fall, with daily cases around the 20,000 mark at the end of the week. The latest figures for seven-day average of 21, 246 is down from closer to 30,000 a week ago. This is mirrored in the NHS Test and Trace weekly statistics for England. This reports that the 196,000 positive cases found in the week to 27 January represented a 29% decrease on the previous week.

Some 199,000 cases were transferred to the contact tracing system with 86% of these were reached. Of this group, 75% – a total of 128,000 people – provided details of 359,000 contacts. Nearly 94% of these contacts were reached and asked to self-isolate, although tracers can now cover whole households by contacting a single household member. Turnaround times for in-person tests in the community also improved with nearly 83% received within 24 hours compared to 71 % the previous week. For all routes taken together, 38% of test results were delivered within 24 hours.

NHS Confederation director Layla McCay described the latest figures as encouraging. ‘They show new infections are coming down and fewer people being transferred to the scheme,’ she said. ‘However, the most recent urgent and emergency care numbers show the health service is still under real pressure from ongoing pandemic challenges.’

The latest winter sitrep report for England shows that the number of adult critical care beds occupied was still extremely high but falling slowly in the week to 31 January. And long ambulance delays at hospitals of more than one hour were also in decline. NHS Providers chief executive Chris Hopson said the figures indicated the NHS may have passed the peak of Covid infections and admissions, but it was still in dangerous territory.

‘Although the number of patients in hospital with Covid-19 is falling from the peak last month, there are still 26,000 Covid positive inpatients, 40% higher than the peak of the first wave in April 2020,’ he said. ‘The NHS currently has nearly 70% more critical care beds than it did last winter, with some trusts still having to open more intensive care unit beds last week to accommodate the sickest Covid-19 patients.’

He added that these ‘extraordinary pressures’ will continue for a long time yet with a further cold snap likely to increase usual winter activity. ‘Passing the peak must not, and should not, be a trigger in itself for the relaxation of restrictions,’ he said. ‘We saw last year how dangerous it is to relax restrictions prematurely.’