The long-awaited NHS people plan – or at least the latest instalment of it – promises to put staff wellbeing centre stage with welcome measures to keep staff safe and healthy. But coming in advance of the comprehensive spending review, there are few details of the multi-year funding package that will be needed to address the current workforce crisis.

The plan – We are the NHS: people plan 2020/21 – action for us all – focuses on: looking after staff; creating a culture where everyone feels they belong; new ways of working and delivering care; and expanding the workforce, in particular taking advantage of the renewed interest in NHS careers. (The HFMA has produced a summary of the plan, available here.)

Employers are being encouraged to adopt a ‘flexibility by default’ approach to employment, with NHS England, NHS Improvement and Health Education England (HEE) showing the way by advertising all new roles from January as available for flexible working. More flexible working will be also facilitated by a renewed push to improve the use of e-rostering systems across the service.

Employers will have to overhaul recruitment and promotion practices to ensure staffing reflects the diversity of their community, agreeing diversity targets and addressing bias in systems and processes. And the Care Quality Commission will place an increasing emphasis on equality, diversity and inclusion as part of well-led assessments.

Organisations should also focus on upskilling staff and primary care training hubs will be rolled out to support the expansion of multidisciplinary teams in primary care.

Perhaps the highest profile challenge facing the NHS in terms of workforce is simply addressing the shortfall in numbers that existed before the Covid-19 outbreak. The NHS reported vacancies of over 100,000 staff in total, with more than 40,000 of these being nursing positions.

The plan says that HEE will make progress through 2020/21 in addressing the most pressing workforce shortages in service areas with the highest demand. In mental health this involves expanding education and training posts including over 100 additional responsible clinicians, 50 community-based specialist mental health pharmacists and 3,000 adult IAPT practitioners. Clinical psychology and child and adolescent psychotherapy training places are also being increased.

On cancer there is a focus on endoscopists and radiographers, and grants will be offered for nurses to become cancer and chemotherapy specialists. HEE is also working with universities to support an increase of over 5,000 undergraduate places in nursing, midwifery, allied health professions and dental therapy.

Making the most of the current high profile of the NHS, local NHS bodies will be expected to increase local recruitment and offer more apprenticeships, while systems should take a lead in the resumption of international recruitment.

The ‘warm words’ were widely welcomed, but commentators were quick to point out the lack of financial detail in the plan – with education budgets one of the unannounced areas within the 2018 long-term settlement for health funding.

NHS Confederation’s chief executive Niall Dickson (pictured) said it was ‘fitting’ that the plan should focus on a commitment to look after staff, many of whom are exhausted after the initial Covid response. And he also welcomed the emphasis on tackling discrimination. A report from the Confederation this week – The NHS after Covid-19 ­– stresses that these issues are foremost in chief executives minds with increased levels of anxiety and fatigue being reported by staff during the pandemic. 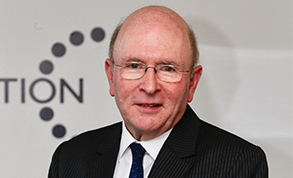 ‘But of course, this plan does not contain new money and so we must regard it as an instalment, not the finished article,’ said Mr Dixon. The government must fulfil its pledge to provide a comprehensive and realistic multi-year settlement in the comprehensive spending review in the autumn.’

Danny Mortimer, chief executive of NHS Employers, which is also part of the NHS Confederation, underlined this point. ‘There are of course no quick solutions to the years of disinvestment in the NHS workforce and the misguided historical belief that we would need fewer people not more to care for our communities,’ he said. ‘Our sector needs support from elsewhere in government: further investment in educational places is in the gift of the Treasury, apprenticeship flexibility with the secretary of state for education and a wiser long-term migration policy (particularly for colleagues in social care) is still achievable for the home secretary.’

And King’s Fund director of leadership and organisational development Suzie Bailey said delays to government spending decisions meant the plan lacked the long-term investment and concrete commitments to recruit the required doctors, nurses and other staff. ‘Although [the] plan includes some welcome measures to support the health and wellbeing of staff and tackle discrimination, warm words will be worth little without a credible implementation plan,’ she said.

And on staff retention, she suggested that the government should treat the cause not just the symptoms. ‘Chronic excessive workloads have become normalised, with more than half of NHS staff working beyond their paid hours,’ she said, calling for national leaders to make it clear this was ‘neither acceptable nor desirable’.

Unions identified a simpler way to show NHS staff some love. ‘NHS staff have worked ceaselessly throughout the pandemic at great risk to themselves and a generous pay rise would recognise that dedication as well as staunch the recruitment and retention crisis that is currently afflicting the NHS,’ said Unite health officer Colenzo Jarrett-Thorpe.

Another criticism of the plan was the failure to integrate health and social care workforce planning – with the danger that social care staff would once again feel overlooked. The Commons Public Accounts Committee underlined the importance of giving adult social care the same support as the NHS in its report on Readying the NHS and social care for the Covid-19 peak. ‘Years of inattention, funding cuts and delayed reforms have been compounded by the government’s slow, inconsistent and, at times, negligent approach to giving the sector the support it needed during the pandemic,’ it said.

It added that the decision to discharge 25,000 patients from hospitals into care homes without making sure all were first tested for Covid-19 was an example of this. It has given the Department of Health and Social Care until October to set out how ‘what it will be doing organisationally, legislatively and financially, and by when, to make sure the needs of social care are given as much weight as those of the NHS in future’.

The government stepped up measures to protect against a resurgence of the virus this week. It extended the self-isolation period from seven to 10 days for anyone testing positive or showing symptoms. Greater restrictions were placed on those living in Greater Manchester, East Lancashire and parts of West Yorkshire – stopping them meeting people from different households indoors or in gardens. And it also re-introduced quarantine measures for people returning from Spain – causing international debate about the relative safety of different countries right now.

How different countries have been hit by the coronavirus and how they have responded has been a major issue since the pandemic started. This week, the Office for National Statistics published analysis looking at all-cause mortality from January to June across Europe. While this does not specifically look at deaths involving Covid-19, it is used as a comparable international indicator of the impact of the pandemic.

Some regions within other countries saw peak excess mortality as high as 848% of the average. But excess mortality was geographically widespread throughout the UK. And, combined with a slower downward tail, this led to England having the highest overall relative excess mortality out of all the European countries compared.

Meanwhile, the latest report from the Department on its Test and Trace service showed small improvements in the week to 22 July both in the proportion of positively-tested people contacted (up slightly to 81%) and in the proportion of these who provided details of contacts (up two percentage points also to 81%). However, there was a small reduction in the numbers of contacts who were subsequently contacted and asked to self-isolate.

With criticism in recent weeks about performance of the service, this week it published its business plan setting out key next steps for development. Part of this will see a new marketing campaign to help improve awareness of the service and understanding of its role in combating the spread of the virus. While local responses to local outbreaks will be fundamental to virus control, the plan promises that an app will be introduced to support the end-to-end Test and Trace service.

The app will allow citizens to identify symptoms and order a test; scan unique QR codes of venues they visit; and quickly identify when they have been exposed to people with Covid-19. An initial version of the app will be released ‘shortly’ before wider roll-out with a goal of mass adoption. 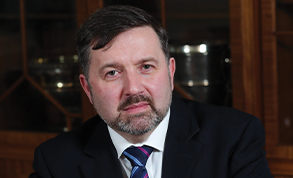 Northern Ireland launched its own track and trace app this week – the first in the UK (discounting the Isle of Wight trial). The app, StopCovid NI, uses a decentralised approach and is compatible with the app recently launched in the Republic of Ireland. Northern Ireland health minister Robin Swann (pictured) urged local people to download and activate the app. ‘This could be the most important thing you do all year,’ he said.