Leicester became the first city to be subject to specific lockdown measures this week after the government showed its readiness to clamp back down when necessary despite easing restrictions generally.

Health secretary Matt Hancock said that non-essential retail and schools would have to close and that the further easing of restrictions across the country from Saturday 4 July – including the opening of bars and cafes – would not go ahead in the city.

The country’s first local lockdown has been actioned on the back of concerns about rising infection levels. The seven-day infection rate in Leicester was reported to be 135 cases per 100,000 people, which is three times higher than the next highest city (Bradford) – with Leicester accounting for around 10% of all positive case in the country over the previous week. Admissions to hospital were reported to be between six and 10 per day rather than around one per day in other trusts.

A report by a Public Health England rapid investigation team said that the strongest evidence of an outbreak came from the numbers of new infections in children and working age people, which were not trends seen in other parts of the Midlands or related travel areas. However, it added that ‘evidence for the scale of the outbreak is limited and may, in part, be artefactually related to growth in availability of testing’.

Leicester City Council mayor Sir Peter Soulsby said the measures were stricter than anticipated but the council understood the need for firm action. ‘I am determined that we will make this work and to minimise the time these additional measures need to be in place in the city,’ he said. ‘We will of course continue to play our part in keeping people in the city safe and healthy.’

However, it emerged that the council was only given detailed testing information on those testing positive in the community (pillar 2 data) on 25 June – one week after the government had highlighted the local outbreak. Speaking in prime minister’s questions, Labour leader Sir Keir Starmer said the time lag meant that the local authority thought there were 80 positive tests in the last fortnight when the real figure was 944. ‘So, there was a lost week while the virus was spreading,’ he said. 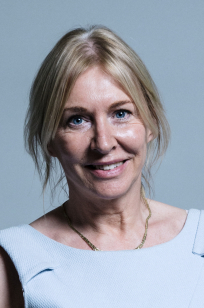 Prime minister Boris Johnson said Sir Keir was ‘mistaken’, because both pillar 1 and pillar 2 data had been shared with all authorities across the country. Accusations and counteraccusations about the detail and timeliness of the data supplied continued through the week. However, it was highlighted that earlier in June health minister Nadine Dorries (pictured) had confirmed that a contract with Deloitte, which forms part of the country’s expanded testing programme, ‘does not require the company to report positive cases to Public Health England and local authorities’.

Meanwhile it also emerged that the government was looking to further expand the country’s broader testing capacity and is preparing to award contracts for testing worth around £5bn to commercial bidders. The deals, set out in a public tender notice, would last two years with options to extend by a further two years and be used to support all five pillars of the UK testing strategy – building on the lighthouse laboratory network that was set up rapidly at the outset of the pandemic.

However, the Institute of Biomedical Science warned that this would compound data connectivity problems, calling instead for additional laboratory provision to be integrated with the NHS, with results entered into NHS systems in a timely fashion.

‘The lighthouse laboratories in England have failed to deliver robust data and, although links with NHS laboratories have started to emerge, the data flow is still stilted with many manual checks and conversions required,’ it said in a statement. ‘Links with clinical systems are still poor and the data generated raises more questions than it answers.’

It is becoming increasingly clear that a good laboratory network and the rapid scaling up of capacity was a key component in Germany’s successful handling of the coronavirus – part of its ‘prevent, detect, contain and treat’ framework. A paper published by Our World in Data highlights that Germany had developed one of the first specific tests for Covid-19  in January and created incentives for private laboratories to scale up capacity in February. The paper said that as of 11 May, Germany had conducted 18.6 tests per positive case, more than Italy (11.9), Spain (8.4), United States (7) and the UK (6.4), but less than South Korea (68.1).

Testing is a key part of managing the virus – a point underlined by the announcement that staff and residents in care homes will receive regular coronavirus tests from next week as part of a new social care testing strategy. Care home staff will be tested every week and residents monthly, with the programme initially focusing on homes looking after over 65 year-olds and those with dementia.

But it is also what is done with test results in general that will help the country navigate the easing of lockdown restrictions.

Latest figures from the Department of Health and Social Care showed that the NHS Test and Trace service reached 75% of the 6,183 people that were transferred to it. Three quarters of these collectively provided details of 23,028 recent close contacts. And 73% of these were reached and asked to self-isolate.

NHS Confederation chief executive Niall Dickson said the service needs to be more effective if more lockdowns were to be avoided. ‘We are some way from where we need to be,’ he said. ‘We are not reaching one in four people who’ve been transferred to the contact tracing system, and from those we do contact, a quarter of their close contacts are not reached. The expert view is that this is simply not good enough to maintain safety.’

NHS Providers also had the government in its sights this week when it published Recovery position: what next for the NHS? warning that much greater realism was needed in terms of how quickly the NHS can recover from Covid-19. Based on a survey of more than 150 trust chairs and chief executives, commissioned by the House of Commons Health and Social Care Committee and conducted at the end of May, it said that trusts were facing significantly increased demand while running at just over 50% capacity for non-Covid services. Despite increasing capacity for video consultation and reconfiguring their workforce, these pressures meant services would take a significant amount of time to resume, particularly in acute hospitals.

‘It’s not just a case of flicking the light switch back on. Covid-19 brings a whole new set of demands and the overwhelming priority must be to provide safe care,’ said NHS Providers chief executive Chris Hopson. He repeated his earlier message that key decisions were needed on whether to keep independent sector beds and the Nightingale hospitals and to fund extra capacity needed in community, mental health, general and acute beds and emergency departments.’ (For more see Top stories).

There have been increasing calls for the government to address the financial impact of Covid-19 on local authorities. Councils have faced increased costs in social care and other services, while also seeing a reduction in income (see Covid-19 updates for 19 June and 26 June). In response, the government announced an extra £500m this week and introduced a new scheme to help reimburse lost income and boost cash flow.

The Local Government Association said the extra funds were helpful but that substantial additional funding was still needed. Association chairman James Jamieson said the lost income scheme was a ‘step in the right direction’. ‘However this does not cover the full losses nor does it extend to commercial and other income losses and is likely to still leave councils having to absorb a substantial and unforeseen loss of funding, in particular the loss of local taxes,’ he said. ‘We reiterate our call to government to meet all extra costs pressures and income losses from fees and charges and other sources, including commercial activity, in full.’ 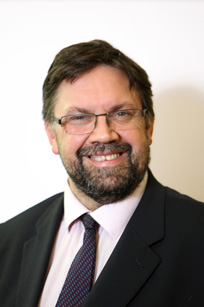 Accountancy body CIPFA said the extra funding still left a financial gap of £1.2bn, including £800m of income losses. ‘A further challenge is lost income from council tax and business rates,’ said CIPFA chief executive Rob Whiteman (pictured). ‘Deferring this over three years rather than funding the loss kicks the problem into the long grass, but is nonetheless welcome to avoid pressure on council tax calculations now.’

The government has committed to addressing some of these challenges in the spending review and the prime minister said this week that the current administration ‘won’t wait to fix the problem of social care that every government has flunked for the last 30 years’.