It was another good week for vaccine news, with a hope that spring could see the country start to return more towards normality. But many parts of the country will face continuing significant restrictions post lockdown.

Data released on the vaccine developed by the University of Oxford showed it was highly effective at stopping people developing Covid-19 symptoms. Interim results suggest it is 70% effective, which is better than the seasonal flu jab, although this could rise as high as 90%, if recipients are given a half-size first dose before a full-size second.

‘It really looks as though there is a vaccine which has the potential to protect against the disease,’ said university lead investigator Andrew Pollard. ‘And importantly, in anyone who had the vaccine, there were no admissions to hospital – no severe disease. And because this vaccine can be stored at fridge temperatures, we think that we’ll be able to get it to all corners of the world quickly. The partnership with AstraZeneca is a not-for-profit one, so it also makes it affordable to get it everywhere.’

The 70% result suggests the vaccine is less effective than alternatives from Pfizer/BioNtech and Moderna, which both demonstrated 90%+ effectiveness in trials. However, the Oxford virus could yet prove to match these results if full trial data confirms the higher results for the half-sized first dose. It also benefits from easier storage and being cheaper than alternatives. The government has ordered 100 million doses, enough to vaccinate the whole UK adult population.

Later in the week, some concerns were raised over the 70% efficacy claim – as it was produced from a composite of 90% efficacy in the half-dose/full- dose group and 62% efficacy in the double-dose group. According to reports the half doses were initially given in error although regulators were aware and agreed the trial could continue. Reports also highlighted that the smaller, half-dose cohort had a lower age profile. All eyes will now be on the full results, when they are published.

Depending on final detailed results and how the various vaccines fare with the regulatory process, some vaccines may be available this year. Health secretary Matt Hancock told BBC Radio 4’s Today programme that the bulk of the roll-out would be in the new year. ‘Crucially, I think that we have got to keep the virus supressed, using mass testing and the sorts of measures and responsibilities that we all have for the next few months,’ he said. ‘But we are looking with high confidence now that, from after Easter, things can really start to get back to normal."

The government’s Covid-19 winter plan says the NHS is in the process of establishing mass vaccination centres across the country that can manage the logistical challenge of needing to store the Pfizer vaccine at minus 70 degrees Celsius. Vaccination hubs are also being established in hospitals for NHS staff. A community roll-out will also cater for those who find it difficult to travel. 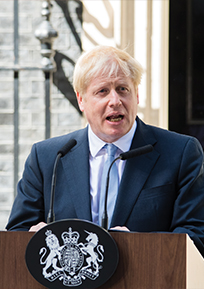 However, prime minister Boris Johnson (pictured) stressed to the House of Commons that the vaccine on its own did not constitute an exit strategy. ‘It must be accompanied not only by NHS test, trace and isolate, but by new types of testing, plus the tough tiering that we have had and that we will have when we come out of this lockdown,’ he said.

Details of this tougher tiering system were announced on Monday. In tier 1, people will be asked to work from home whenever possible. In tier 2, alcohol can only be served in hospitality settings as part of a substantial meal. In tier 3, indoor entertainment, hotels and other accommodation will have to close, along with all forms of hospitality, except for delivery and takeaways. On Thursday the government announced the areas assigned to the different tiers. The majority of the country has been placed into tier 2, while only the Isle of Wight, Cornwall and the Isles of Scilly are in tier 1 and facing the lowest level of restrictions.

Liverpool, which moves from tier 3 before lockdown to tier 2 afterwards, is now three weeks into its whole-city testing pilot.  Latest results showed that nearly 134,000 people from the city and neighbouring areas had been tested with lateral flow tests, which give a result in a matter of hours. Of these, 970 have tested positive.

The scheme uses the Innova lateral flow test, which tests have shown has a specificity (the proportion of negatives that are correctly identified) of 99.68% – a false positive rate of 0.32%. The sensitivity (the proportion of positives that are correctly identified) is between 58% and 73%, depending on whether the test is administered by self-trained individuals or healthcare workers. In the same period, more than 65,000 city residents have been tested using PCR (polymerase chain reaction) swab tests.

The testing programme is judged to have helped a reduction in infections in the city. Figures for Liverpool from the national Covid dashboard show a steady fall in the number of all cases reported over a rolling seven-day period since earlier in November.  All local authorities in tier 3 areas in England will now be offered a six-week surge of testing. 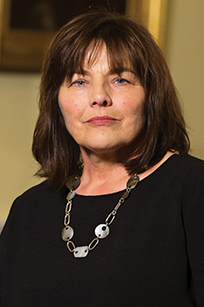 In Scotland, health secretary Jeane Freeman (pictured) announced plans for a significant expansion in testing for hospital patients, health and social care staff and communities in level 4 areas (the highest level of restrictions in Scotland’s five level system). From next week, all emergency admissions will be tested for Covid and twice-weekly lateral flow testing will be introduced for all patient-facing healthcare staff in hospitals, Covid assessment centres and the ambulance service. Testing will be introduced for all elective admissions from mid-December. And for social care, testing is planned to be expanded over the coming months for designated visitors, visiting professional staff and care at home workers.

‘This expansion is possible because of increases in our testing capacity, delivered through our new regional hub laboratories and supply of new testing technologies, which will help us suppress Covid to the lowest levels possible as we face a challenging winter ahead,’ she said.

Back in England, the Department of Health and Social Care said the NHS Test and Trace service ‘continued to improve’. ‘This week we have seen more tests processed and more positive cases contacted than ever before, which means we are curbing the rate of infection and informing those who otherwise would have unknowingly spread the virus,’ said Dido Harding, interim executive chair of the National Institute for Health Protection. ‘This is another clear indication that, as the number of people using NHS Test and Trace continues to increase, so the service is constantly evolving and improving.’

The service’s weekly report showed that nearly 153,000 people tested positive for the virus in the week to 18 November, and nearly 157,000 were transferred to the contact tracing system. Of these, nearly 133,000 were reached and 108,000 provided details of nearly 348,000 close contacts. Just over 60% of these contacts were reached and asked to self-isolate.

There was a big increase in the number of in-person community tests, where results were received within 24 hours – up to 51% from 38% in the previous week. For all testing routes, 26% of tests from all sites hit the 24-hour target.

NHS Providers chief executive Chris Hopson said it was encouraging to see a 9% decrease in the number of positive cases across the country, particularly as the numbers being tested remained steady. But while the country might be past the peak of the second wave, it could not afford to be complacent.

‘There has been a significant increase in the number of close contacts identified this week, but the proportion of those close contacts reached remains at only 60%. This means another 138,000 close contacts were not reached this week,’ he said. He welcomed the improvement in pillar 2 test result turnaround times, but said this needed to improve more rapidly. This week’s spending review was dominated by the government’s response to Covid and the virus’s impact on the economy. Chancellor Rishi Sunak (pictured) said the NHS will receive an additional £3bn to support recovery in 2021/22. This is part of an additional £20bn for the Department of Health and Social Care including £15bn for NHS Test and Trace and £2.1bn for personal protective equipment (PPE). While NHS leaders were quick to welcome the increase in funding, there were concerns about whether it will prove to be sufficient, given the uncertain trajectory of the virus and the increased cost of running non-Covid services in parallel with Covid care.

PPE stocks are now relatively plentiful, with four months’ supply now stockpiled. But the National Audit Office this week provided a reminder that this was far from the case in the first wave of the pandemic. Its report this week – The supply of PPE during the Covid-19 pandemic – said that government had not been prepared for the first wave demand and had relied on a stockpile that proved inadequate. It had to pay over the odds to boost supply – paying £10bn more than it would have paid at 2019 prices.

With the NHS returning to incident level 4 at the beginning of November, national co-ordination structures are back in place. Nightingale hospitals have either reopened (North West) or are being prepared for action if needed. According to a paper presented to the NHS England and NHS Improvement board meeting on Thursday, a 111 First model is being rolled out to support local systems to manage urgent and emergency care demand and flow.

Under the model, patients are encouraged to call NHS 111 before they go to the emergency department. NHS 111 then books patients into a time slot at the department or the most appropriate local service. Anyone needing a blue light response still receives one. The model is live in 16 areas already, with national launch in December.

Across the country, daily reported cases remain high – 17,555 reported on Thursday. However, this marks a reduction from a recent high of more than 33,000 on 12 November and there is a distinct reducing trend in the rolling seven-day average rate. The hope is that this trend can be maintained as lockdown ends, with increased testing capacity and contact tracing helping to identify and respond quickly to any local increases.