Last week prime minister Boris Johnson promised there would be an independent inquiry into the government’s handling of coronavirus. However, he insisted that now – while the country was still fighting the virus – was not the right time. It would appear not everyone is prepared to hold off before passing judgement.

The Public Accounts Committee (PAC), for example, declared itself ‘astonished’ that the government had failed to consider in advance how it might deal with the economic impacts of a national disease outbreak. This was despite the threat of a pandemic being one of the government’s top risks for years and despite undertaking a pandemic simulation exercise in 2016.

‘Pandemic planning is the bread and butter of government risk planning, but we learn it was treated solely as a health issue, with no planning for the economic impacts,’ said committee chair Meg Hillier. The committee’s report – Whole of government response to Covid-19 – was also critical about the mechanisms and speed of decision-making – particularly with regards to the introduction of the Test and Trace programme, which it said had been slow.

And it highlighted fundamental flaws in central procurement and local distribution of personal protective equipment (PPE), even though it acknowledged that this was ‘massive challenge’. The government had failed to stock-up in advance, causing it to pay higher unit costs to ensure it had enough equipment. Stocking-up sooner and having UK-based alternative supply options could have lessened the impact, the committee said. It called for the Cabinet Office to review lessons learned and report back by September.

The PAC’s tag partner in holding the government to account for its performance in response to Covid-19 is the Commons Health and Social Care Committee. It will produce a full report on its inquiry into the delivery of core NHS and care services during the pandemic and beyond in the autumn. However, chair Jeremy Hunt said some issues were too urgent to wait and so he has highlighted them in a letter to health secretary Matt Hancock and NHS England chief executive Sir Simon Stevens.

The letter called for better communication to patients, more details on how the backlog of appointments and pent-up patient demand for services will be managed, and for routine testing of NHS staff on at least a weekly basis from September. ‘NHS staff want to know they will get the weekly testing that has now been offered to care home staff so they can be confident they won’t pass on infections to patients,’ said Mr Hunt (pictured). ‘The chief medical officer says he supports this in principle, so there should be no further delays given the complicated logistics necessary to set it up ahead of winter.’

The latest report from the Department on NHS Test and Trace revealed that nearly 80% of people transferred to the service in the week to 15 July were reached  and about 80% of these provided details of one or more contacts. Some 16,742 people were identified as contacts and 78% of these were reached and asked to self-isolate – an increase from 72% in the previous week. (In Wales, on a much smaller volume of cases, the separate Test, Trace, Protect service reached 88% of cases and 89% of their close contacts were contacted.)

Saffron Cordery, deputy chief executive of NHS Providers said the UK was paying the price for its stop start approach to testing. ‘However, it is heartening to see that gradual progress is being made in terms of those being reached by the NHS Test and Trace service and passing on their contacts.’ However she was disappointed with the speed of turnaround. In England, just 47% of people tested in the community (pillar 2) received their results within 24 hours of taking a test, although this increases to 71% for tests carried out in person.

She said there needed to be ‘faster progress’ especially with lockdown measures easing, and greater coordination with local public health teams and local systems.

The government did announce a pay rise for doctors and dentists this week. At 2.8%, backdated to April, it was above the rate of inflation and Mr Hancock acknowledged that ‘these past few months have been an incredibly challenging time for our NHS, and the resolve, professionalism and dedication of staff has been on show throughout’.

However doctors’ union the BMA said the uplifts – set out by the Doctors and Dentists Review Body and approved by the government – failed to match the hardship endured by doctors during the pandemic. And junior doctors and GPs would continue to receive contractually agreed pay increases, without any additional uplift to reflect the work during the pandemic. The association said this contrasted with the Welsh and Scottish governments, which had announced that doctors from all branches of practice would be receiving the 2.8% uplift. 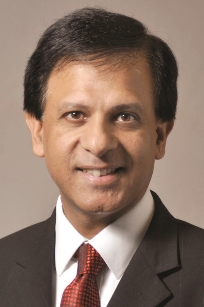 BMA council chair Chaand Nagpaul (pictured) said the pay uplift should have recognised the work done by all doctors. ‘There is still no clear strategy to deal with the enormous backlog of surgery and other planned care or how doctors will take leave and be encouraged to rest,’ he said. ‘The demands on doctors will continue for months as they play a leading role in moving the NHS from Covid-19-focused care to the restoration of other vital healthcare services.’

The Royal College of Nursing said that the public support shown to nurses should also be matched with a fair pay rise. Nurses are covered by Agenda for Change and this is the third year of a three-year pay deal that will deliver an average of 6.5% increase over the three years. However, the RCN has called for discussions to start without delay on a fully-funded pay rise for NHS staff. ‘Telling them to wait until next year is not acceptable,’ said chief executive Dame Donna Kinnair.

NHS Providers acknowledged that existing multi-year deals were in place for junior doctors and Agenda for Change staff, but said that central funding to recognise the additional work undertaken by nurses, porters and support staff was necessary, particularly given that the pressures would not ease for some time.

‘Recognition of the strain which social care staff continue to be under due the pandemic is also vital through increased funding to local authorities and an urgent, but long-term solution for the sector,’ said Ms Cordery.

Calls for further funding are likely to increase over the summer as the chancellor this week launched the 2020 comprehensive spending review and committed to an autumn publication. The review will set UK government departments’ resource budgets for the years 2021/22 to 2023/24 and capital budgets for the years 2021/22 until 2024/25. The NHS has already had its long-term revenue settlement to support the NHS long-term plan – an additional £34bn per year by 2023/24. But it awaits decisions on budgets for capital and education and training and there are increasing calls for a similar long-term settlement for social care.

‘The comprehensive spending review will decide whether the NHS and care sectors will or will not be able to deliver over the next few years,’ said NHS Confederation chief executive Niall Dickson. Reform needed to go hand-in-hand with sustained extra funding.

‘The ongoing presence of the virus means productivity could be down to 60% of normal for some time. We have a treatment backlog from the lockdown pause which will mean long waits for routine treatment we have not seen for more than 20 years,’ he said. ‘And we have thousands more who have not been diagnosed or treated for cancer, strokes and a host of other conditions. The toll on mental health meanwhile is, as yet, uncalculated and unseen, but we know it will be very great.’

While the Confederation will ‘make the overwhelming case for more NHS funding’, Mr Dickson said this ‘will not be enough if social care is once again neglected’.

However the Institute for Fiscal Studies has warned that non-priority areas could be facing budget cuts. IFS research economist Ben Zaranko said the chalcellor had opened the door to a less generous funding settlement for public services than the one he committed to in March. ‘Given the large amounts already promised for priority areas like the NHS, schools and police, and Rishi Sunak’s emphasis on the need for "tough choices", another round of budget cuts for other, lower-priority departments is a very real possibility,’ he said.