The week began with disturbing and continuing concerns over shortages of personal protective equipment (PPE) and the spread of the Covid-19 virus in care homes.

But while the government remains completely focused on its lockdown measures in the short-term, which aim to flatten the curve of infections and ease pressure on the NHS, there have been some moves towards thinking about next steps.

The particular pressure last weekend in terms of PPE was with gowns, with the pandemic stock reserve having had insufficient quantity and problems with an erratic supply chain. National leaders had been distributing reducing stocks carefully in the run up to the weekend. And trusts and other partners have been supporting each other locally by sharing local supplies where this is possible, in a system of mutual aid.

But where shortages have arisen, frontline staff were asked to follow emergency advice – potentially swapping a long-sleeved fully fluid repellent gown for a disposable, non-fluid-repellent gown or coverall plus a disposable plastic apron.

NHS Providers chief executive Chris Hopson (pictured) described the shortages as extremely worrying – nothing was more important for trusts than ensuring staff had the right PPE. Given the gown shortages were a reality, trusts were in an impossible position. But he said it was important to understand the implications of the emergency advice. ‘It is important not to imply that this offers exactly the same level of protection as a fully fluid repellent gown,’ he said. ‘It does not, but if NHS staff follow a careful procedure to take the gown on and off, this can provide a similar level of protection as a fluid repellent gown.’

In practice, this meant trusts were doing three things in the face of a gown shortage, he said. They were reserving remaining fluid repellent gowns for the areas of highest clinical risk – such as surgery and intubation. Second, they were exploring the potential to safely reuse what are meant to be single use gowns. And third, they were sourcing as many reusable/washable gowns, coveralls and long-sleeved lab coats as they could from whatever sources were available.

The PPE concerns seem unlikely to go away anytime soon – keeping the NHS supplied will be an ongoing pressure. The government points to the fact that it has distributed over a billion items to the front line amid a global shortage of PPE, but has acknowledged the need to ‘strive harder’ to source PPE, demand for which is now said to be tens of thousands times higher than usual.

With accusations that home grown offers to supply PPE have been ignored, the government has appointed former London Olympics chief executive Lord Deighton to lead on UK sourcing.

New Labour leader Keir Starmer (pictured) made his first appearance at prime minister’s questions in a reopened House of Commons. While promising constructive opposition, he said a pattern was emerging. ‘We were slow into lockdown, slow on testing, slow on protective equipment. And now slow to take up these offers from British firms,’ he said. 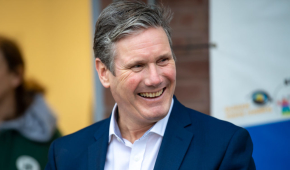 At the daily press briefing, England’s chief medical officer Chris Whitty said that some social distancing measures may need to stay in place until the end of the year as the chance of having a vaccine or effective treatments within the next calendar year was ‘incredibly small’. It would be ‘wholly unreasonable’ to expect a sudden easing of restrictions and, while the initial peak of the virus may have passed, there is unlikely to be a sudden drop in death rates.

This week’s figures on registered deaths from the Office for National Statistics (ONS) revealed that Covid-19 accounted for one third of the 18,516 deaths in the week ending 10 April. In London it was involved in more than half of all deaths.

Of deaths involving Covid-19 registered up to 10 April, 84% (8,673 deaths) occurred in hospital, with the remainder occurring in care homes, private homes and hospices. But the figures showed care home deaths move over the 1,000 mark.

However, the National Care Forum believes that central figures massively underestimate the true scale of mortality rates in residential and nursing homes. It released analysis last weekend suggesting more than 4,000 people may have died of virus within the care home sector by 13 April. And figures from the World Health Organisation this week suggest that up to half of those who have died from Covid-19 in Europe may have been in care homes.

Scotland’s first minister Nicola Sturgeon turned attention towards next steps in a high profile way on Thursday when she published Covid-19: a framework for decision-making. The paper outlines the factors that need to be considered as the country moves gradually to ease restrictions on public activities.

Significantly – and at odds with her counterparts in Whitehall – Ms Sturgeon wants a conversation about what eased restrictions might look like. The document suggests that gathering in groups – in pubs or at public events – is likely to be banned or restricted for some time to come. And it underlines that if the evidence suggests the virus is not being contained then restrictions will have to be re-imposed.

Back in London, health and social care secretary Matt Hancock (pictured) refused to be drawn on what post-lockdown might look like or when restrictions might be lifted. But he did announce the creation of a new track and trace service that will be vital for avoiding a second peak once restrictions do start to be relaxed. Some 18,000 people will be hired initially to establish this capability. 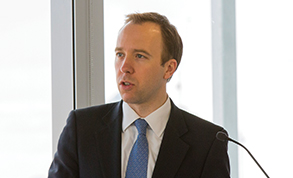 The NHS Confederation was also looking to the future in its submission to the Health and Social Care Select Committee’s inquiry in the management of the coronavirus outbreak, which the representative body published this week. While it had plenty to say about current issues – concerns about testing, PPE and the robustness of community services for example – it also highlighted the importance of planning for when the service resumes normal activity.

‘The work of system transformation must not stall,’ it said. ‘The outbreak has shown the benefit of a whole system approach and co-ordinated action. Regulation and performance standards will need to be assessed before they are reintroduced on whether they safeguard patients or just serve to stifle innovation that would in turn provide better patient care.’ It also underlined the importance of embedding the rapid acceleration of digital transformation in primary and secondary care that has been seen during the Covid-19 response.

And it called for the ‘resilience and dedication of the health and care workforce to be rewarded’ alongside recognition that it would take time for the NHS to fully recover. This call for staff rewards was amplified on Thursday by the Institute for Public Policy Research. Its report – Care fit for carers – called for a pay guarantee for carers, one of five proposed guarantees also including safety, accommodation, care commitments and mental health.

The think tank said all health and care professionals should be paid the real living wage as a minimum and that they should all receive a Covid-19 bonus of 10% in 2020/21.