More than seven million people will be living under tier 3 restrictions from this weekend in an attempt to curb a second wave of the Covid-19 virus. Hospital capacity remains a major issue, but there are also concerns about ensuring the social care sector is better protected this time around and more resilient moving forward.

The early part of the week was dominated by the breakdown in negotiations between the government and Greater Manchester leaders to agree a support package to accompany proposed tier 3 measures for the city. While the two sides were reportedly just £5m apart in their final offers, no deal was struck, leaving the government to impose the restrictions from Friday.

Greater Manchester mayor Andy Burnham had argued that Manchester needed higher support, because businesses had been under restrictions for longer and the city had a greater density of businesses than other tier 3 areas. These arguments were rejected and the government’s support of £60m (plus further support for local test and trace) amounted to around £29 per head of population – in line with the support on offer in Liverpool and Lancashire.

However, the government’s hard line was queried on Thursday when it unveiled its revamped Job Support Scheme and a revised business grants package. ‘These grants will be available retrospectively for areas who have already been subject to restrictions, and come on top of higher levels of additional business support for local authorities moving into tier 3,’ the Treasury said.

Questions were raised as to why the government hadn’t put these plans on the table in negotiations with Manchester earlier in the week. And there were accusations of a North-South divide in the government’s policy. The argument was that northern cities had faced restrictions for several weeks with calls for extra support falling on deaf ears. Yet new arrangements were introduced just a week after London entered tier 2.

South Yorkshire will also move into tier 3 from Saturday, joining Greater Manchester, Lancashire and the Liverpool City region. Talks are also understood to be underway with local leaders in Nottingham and Warrington about the introduction of tier 3 restrictions. Meanwhile in Wales, a ‘firebreak’ lockdown starts from Friday evening, requiring the country’s 3.1 million people effectively to stay at home for the 17-day duration. In Scotland, the government is set to introduce its own five-tiered system of restrictions from 2 November, details of which were unveiled by first minister Nicola Sturgeon (pictured) on Friday as part of a new strategic framework. The existing temporary restrictions covering the central belt of Scotland have been extended until the new system comes into force. Northern Ireland has already imposed a set of restrictions with most hospitality businesses closed for four weeks and schools taking an extended two-week half-term.

Rising NHS admissions are one of the key reasons behind the increasing use of lockdown measures. The latest figures for the whole UK on the government’s Covid-19 dashboard, show that 1,058 patients were admitted to hospital on Sunday 18 October. And numbers have remained high during the following week in England.

More than a quarter of England’s 861 admissions on Monday were in the North West. And by Wednesday there were 2,045 Covid patients across the region’s hospitals (185 of them in ventilated beds). While this is below April’s peak of nearly 2,900, further increases may already be baked in as a result of rising infections two-weeks ago. And within this regional view, there are clear local hotspots.

Tristan Cope, medical director and ICU consultant at Liverpool University Hospitals NHS Foundation Trust, tweeted that the trust was ‘now treating more patients in hospital with Covid-19 than we did in April at the peak of the first wave and numbers continue to rise’. National situation report figures, released on Thursday, show the trust having close to 400 confirmed Covid patients in the hospital, with 23 of these being in mechanical ventilation beds.

Meanwhile concerns are increasing about how a second wave of the virus might impact on care homes. Of more than 53,000 deaths involving Covid-19 in England and Wales up to 9 October, 15,712 (29%) occurred in care homes, according to latest figures from the Office for National Statistics (based on Covid-19 being mentioned on death certificates).

There were reports that the government is drawing up legislation to make it illegal for care homes to employ staff working at multiple sites – although with the sector highly dependent on agency staff, it is not clear how this would work.

The Commons Health and Social Care Committee this week concluded its social care inquiry with its report – Social care: funding and workforce. It said that the long-standing case for reform of the system and for adequate funding had been made more urgent and compelling by the Covid pandemic.

A new settlement for the sector must recognise the ‘extraordinary sacrifices made by the social care workforce throughout the pandemic to care for elderly and vulnerable people with utmost professionalism and often at great personal risk’. And it highlighted the shortage of personal protective equipment in the initial outbreak and the lack of regular testing until September.

As a starting point, the committee called for an increase in annual funding of £7bn by 2023/24 to meet demographic changes, planned increases in the national living wage and to cap individual care costs. This would represent a 34% increase from the 2023/24 adult social care baseline budget of £20.4bn. The full cost of adequately funding social care is ‘likely to be substantially higher than £7bn, potentially running to tens of billions of pounds’. The committee acknowledged that these were ‘substantial increases at a time of severe financial pressure’ but said the gravity of the crisis required a bold response.

This week’s announcement that the 2020 comprehensive spending review would now set departmental budgets for just one year, rather than the rest of this Parliament, does not bode well for an imminent long-term funding settlement for social care (see Spending review must address urgent health issues). 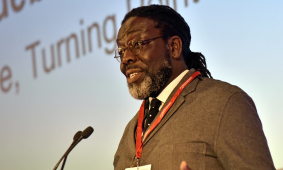 Victor Adebowale (pictured), NHS Confederation chair, insisted that social care and public health both needed extra funding in the immediate and long-term. ‘The prime minister knows the need for a long-term solution to the social care crisis and made a personal commitment to reform social care within 100 days of his premiership,’ he said. ‘The clock is still ticking, and reform is long overdue. In the meantime, hundreds of thousands of vulnerable people aren’t getting the care and support they need.’

The latest weekly report from NHS Test and Trace revealed another disappointing week for the service amid steeply rising positive test cases.  More than 100,000 people tested positive in England in the week to 14 October – a 12 % increase on the previous week and representing 7% of all those tested.

Turnaround times for pillar 2 testing (in the community) lengthened for all in-person testing routes and results for just 15% of in-person tests were received within 24 hours. 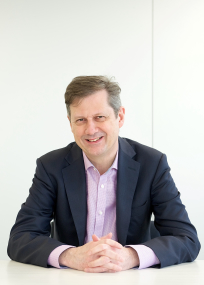 (pictured), with the test and trace system not providing the protection it should. Testing capacity had increased and the median distance travelled for testing was lower. ‘But all other indicators are going in the wrong direction,’ he said.

‘Without significant improvements, the situation will simply deteriorate: case numbers will rise; more cases will be transferred to the tracing system; tracers will not be able to keep up with the volume; lower percentages of people will be reached and asked to isolate; the spread of the virus will not be controlled; and unfortunately more lives will be lost.’

He repeated calls for testing of asymptomatic NHS staff to be extended beyond tier 3 areas. At NHS Providers, deputy chief executive Saffron Cordery said the most worrying aspect was the failure to reach more than 100,000 close contacts. ‘All this at a time when infections are rising and we’re heading towards winter, with the prospect of added seasonal pressures,’ she said.

Prime minister Boris Johnson acknowledged on Thursday that NHS Test and Trace needs to improve to provide faster turnaround of results and insisted he ‘shared people’s frustrations’.  However he again defended the service, saying its achievements had been ‘colossal’ in moving from 2,000 tests a day initially to the current more than 350,000 daily tests. Chief scientific officer Sir Patrick Vallance agreed there was room for improvement on contact tracing and turnaround times, but said that it was more difficult for the service to have an impact when the numbers of cases were high.

Mr Johnson said the service remained on target to achieve its target testing capacity of 500,000 per day by the end of October. The most recent figures reported on Wednesday showed that virus testing capacity stood at 380,000 across all labs, with just over 310,000 tests processed. Pillar 2 capacity within these overall figures – covering tests undertaken in the community and care homes – was 284,000, while capacity in hospital laboratories (pillar 1) was just over 83,000.

Criticism of the national service remains high and there are increasing examples of local initiatives to supplement the national approach. Tier 3 areas are being funded to increase local support for contact tracing. And Scotland has also revealed plans to boost testing to 65,000 tests per day by the end of the year from the current level of around 30,000.

This will be achieved by increasing its share of the UK government’s lighthouse laboratory capacity, adding a further 10,000 tests per day. But it will also see NHS laboratories in Scotland increase capacity by a further 22,000 tests a day, driven by the development of three regional hubs. Building work and staff recruitment is already underway and they are expected to be up and running in a few weeks.

Announcing the expanded testing plan, further details of which were published on Friday, first minister Nicola Sturgeon said that Scottish NHS labs already did about 10,000 of the 30,000 to 40,000 care home tests done each week. But with the new hubs, all routine care home testing will be done in these labs. ‘This will ensure we get these care home tests back more quickly than we sometimes do now,’ she said.