It is perhaps a sign that the coronavirus pandemic is on the wane in the UK – at least for now – that it has been pushed off the top story spot in news bulletins a few times in the last week. But though attention flitted between football’s ill-fated European Super League and President Biden’s attempt to set the agenda on climate change, Covid-19 was never far away.

Much of the Covid news was good. According to Office for National Statistics figures, in March Covid was no longer the major cause of deaths in England and Wales, as it has been every month since October 2020. Covid was the third most common cause of deaths, behind dementia and Alzheimer disease, and ischaemic heart diseases.

On 19 April, the Department of Health and Social Care said that the UK had reached another vaccination milestone with more than 10 million people having received a second dose (it has since jumped to more than 11 million). It means that one in five UK adults have been given both doses. In England 95% of over-50s have been vaccinated.

Vaccine Minister Nadhim Zahawi (pictured below) said: ‘We want to send this virus into retreat. No matter who you are, where you live, your race or your religion, I encourage everyone to get both doses when offered and help this country return life to normal.’

Vaccines appear to be having an impact on hospitalisations, according to a study published by the Scientific Advisory Group for Emergencies (Sage). Scientists examined more than 74,000 Covid-19 hospital admissions, finding that around 2,000 had received at least one dose of a vaccine. But only 32 of those vaccinated patients had received their dose more than three weeks before hospitalisation. Sage member, and one of the report authors, Calum Semple told BBC Radio 4’s Today programme that this suggested that there was a sharp drop-off in serious illness as vaccines reached their full effect. 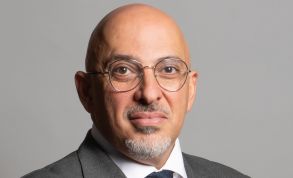 Professor Semple, of the University of Liverpool, said the study was ‘very good news’. He added: ‘Most people admitted had caught their infection within a week on either side of vaccination, and then there was a really sharp drop off in numbers so that, three weeks after being vaccinated, we could only count 32 people out of the 2,000 that had been vaccinated,’ he says.

He stressed this was a ‘tiny number’, pointing out that the results were largely in the frail and elderly population and those who had just one dose. ‘It's really good real-world data showing that this vaccine works, and one dose works really well,’ he added.

Two studies by the Office for National Statistics and the University of Oxford appear to back up the Sage findings. Neither have been peer reviewed, but they found the AstraZeneca and Pfizer vaccines significantly reduced the chances of being infected with Covid-19. All age groups showed a strong antibody response, and the vaccines worked equally as well in the over-75s and those with underlying medical conditions as everyone else.

A first dose of either vaccine reduced the chances of infection by 65%, while three weeks after the first jab symptomatic infections fell by 74% and asymptomatic by 57%. The researchers added that people who had received the Pfizer vaccine were 90% less likely to be infected with Covid after getting the second dose. A similar calculation for the AZ vaccine could not be made as insufficient numbers had been vaccinated twice due to the later roll-out.

The results of both studies will be cause for optimism as lockdown measures were further eased around the UK. In Scotland, hospitality venues, including pubs, cafés and restaurants, and tourist accommodation will be open from 26 April. At the same time, non-essential shops, museums, libraries, and close contact services such as hairdressers and beauty salons can also reopen their doors. Travel from Scotland to other parts of the UK will be allowed and first minister Nicola Sturgeon said that, if rules continue to be followed, there was no reason why the nation could not move to level 2 on 17 May.

Ms Sturgeon added: ‘The changes that come into force next week have been hard earned by all of us. I know that many will be looking forward – quite rightly – to their first drink in a beer garden, to catching up with a friend in a café, or to going on holiday somewhere in Scotland.

‘But even as we enjoy those moments, we still need to be careful. We must remember the virus is more infectious now than it was when bars and cafés were last open, so we must still stick to the rules. However, we are hopeful of seeing sustained progress in the weeks and months ahead.’

In England, driving tests have resumed, while in Northern Ireland a phased relaxation will continue. Outdoor visitor attractions and competitive sport, for example, can begin from 23 April, while from 30 April all shops, pubs, gyms, and swimming pools, together with some tourist accommodation, can open. There will also be an increase in the number of people permitted to gather in gardens. In Wales, six people from up to six different households can meet outdoors from 24 April. Outdoor hospitality can open from 26 April, and could open indoors from 17 May if Covid levels remain low.

But there have also been warnings about a summer surge in cases as lockdowns are relaxed. Joint Committee on Vaccination and Immunisation (JCVI) member Adam Finn told the BBC that the UK remained vulnerable. Professor Finn, who works at the University of Bristol, said models seen by the JCVI point to an increase in cases in the summer because of the proportion of the population who have not been vaccinated. There is uncertainty over the significance of the impact of a summer Covid wave, as it would depend on the speed of the vaccination programme and the number of people who come forward to get the jab.

A reminder of that vulnerability came as the NHS and local government continued to conduct surge testing in parts of Birmingham, narrowing the targeted area to seek out those infected with the South African variant of the virus.

Eight cases of the Indian variant were detected in Wales, though these were limited to people who had travelled from the country or their close household contacts. There are more than 100 cases of the Indian variant in the UK, with most linked with travel. The prime minister was forced to cancel a visit to India over concerns about the variant, with the country recording 332,730 cases on 23 April, the highest one-day tally anywhere in the world. It also had a record 2,263 Covid-related deaths in the previous 24 hours. The country was added to the red list of countries from which most travel to the UK is banned.

In England, the latest NHS Test and Trace figures show 18,050 people tested positive in the week to 14 April, a 9% decrease compared with the previous week. Tests increased by 15% (to almost 4.4 million) due to the return of secondary school students, many of whom are using lateral flow tests at home twice a week.

The debate about the accuracy of the fast lateral flow tests continued, with some scientists remaining sceptical and reports there was some doubts among ministerial advisers. However, an analysis of Public Health England data shows that 82% of positive lateral flow tests sent for a confirmatory polymerase chain reaction (PCR) test showed the same positive result. However, the data did not show how many people who tested negative with lateral flow did, in fact, have the virus. University of Oxford scientists announced they have started a study on the accuracy of the quick test kits in school children.

Test and Trace figures for turnaround times for results of pillar 2 tests (PCR tests carried out in the community) improved with 90.3% received within 24 hours compared with 88.8% in the previous week. More than 15,300 positive cases were transferred to the contact tracing system, 10% fewer than the week before – almost 90% were reached, with just over 90% of close contacts reached.

NHS Providers chief executive Chris Hopson warned the UK had ‘arrived at a critical moment’ in the pandemic. ‘New variants pose the greatest threat to our efforts to control Covid-19 and the rising number of cases of the South African and Indian variants is a worrying development.

‘There will understandably be a renewed focus on the NHS Test and Trace system now to see how effective it is at containing these outbreaks. It is positive that there are fewer people catching the virus, but we continue to see worrying gaps in the number of cases transferred into the test and trace system and the proportion of these that are then reached.’

The Commons Public Accounts Committee criticised the government shielding response. A report, Covid-19: supporting the vulnerable during lockdown, said there was no pre-existing pandemic shielding plan for the most vulnerable. The government took too long to identify some clinically at-risk people, with up to 800,000 missing out on support. Subsequent action created a postcode lottery, with huge variations on eligibility criteria for government support, the committee added. It said the government had learned lessons from last year, adding key characteristics such as ethnicity and postcode to the earlier purely clinical approach to vulnerability. 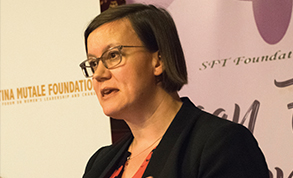 PAC chair Meg Hillier (pictured) said: People were instructed to isolate, to protect themselves and others – but the cost of this protection was reduced access to living essentials like food, and an untold toll on the mental health and wellbeing of the already most vulnerable. There are questions still to be answered about the balance between central decision making and local knowledge – the increase in numbers of those advised to shield demonstrate the challenges of trying to deliver this programme centrally, as well as with the data held by the NHS.

‘Plans were eventually, sensibly devolved to local authorities. There needs to be a clear plan ahead for those with serious health conditions so they can access the support they need when they have no other support network.’

By autumn there could be a range of antiviral home remedies for people exposed to Covid-19 if government plans come to fruition. The Department of Health and Social Care has set up an antivirals taskforce to identify drugs that could be taken at home to reduce the risk of transmission and speed up recovery or combat new variants. The taskforce will aim to have two treatments available this year, either in tablet or capsule form, that can be taken on contact with a Covid positive person or following a positive test.