Though it was widely trailed over the weekend, it will not have been any less of a blow to Public Health England staff when health secretary Matt Hancock confirmed many of its functions would be moved to a new public health body.

The new National Institute for Health Protection (NIHP) remit will include combating the threat from infectious disease outbreaks, overseeing research, epidemiologic surveillance and advice on immunisation and countermeasures. Covid-19 will, of course, be its top priority and it will combine the roles of NHS Test and Trace, the Joint Biosecurity Centre and the relevant parts of Public Health England (PHE). Mr Hancock gave no details of what would happen to the rest of PHE, such as its work on health inequalities or on the wider determinants of health, though it has been reported he is considering setting up a standalone body. The recent phase 3 guidance emphasised the role of health systems in tackling inequalities.

The new organisation will have to wait until spring next year to be formally set up, but for now Mr Hancock has ordered the bodies to work together under the interim leadership of Track and Trace chief Dido Harding.

Some eyebrows have been raised at the creation of the new organisation. While NHS Providers agreed with the logic of marrying PHE and Track and Trace to combat Covid-19, it said PHE had faced significant challenges, including underfunding, a remit that was too wide and a flawed government strategy in the early days of the pandemic.

NHS Providers insisted the funding settlement for health and social care, including public health, had to be revisited due to the costs of responding to the pandemic.

It also contrasted the compassionate leadership placed at the heart of the recent NHS people plan, with what it called ‘the relentless negative briefing campaign against PHE’, which culminated in a Sunday newspaper story announcing the axing of the body before staff had been told. King’s Fund chief executive Richard Murray (pictured) questioned the wisdom of such a big shake-up in the middle of a pandemic. ‘History is littered with reorganisations of the health system that are costly, time consuming and demoralising for staff. It is risky to undertake such a shake-up while the nation is still grappling with Covid-19, ahead of an anticipated winter spike in demand for health services and with the looming threat of a second wave of the virus,’ he said.

The Office for National Statistics infection survey – used by the government to monitor the wider spread of the virus – will increase testing from October. Around 28,000 people are tested for Covid-19 every fortnight now, but the Department of Health and Social Care said this would rise to 150,000. Testing will be expanded across all four nations of the UK, each week providing a national picture on virus spread as well as granular local estimates of the number of cases. The survey combines antigen and antibody testing.

The Department’s latest figures show a seven-day average of just over 1,000 cases per day in the UK. The number of cases, which had been rising since July, appear to be levelling off. While testing capacity was 326,000 on 20 August, the number processed was just over 190,400. Death rates across the UK – now measured as deaths within 28 days of a positive test – remain low and were in single figures for most days last week. The number of Covid patients continue to decline, though the number stood at 867 on 20 August.

While this news is positive, the threat from the virus has not gone, as highlighted by the potential for local outbreaks (with Birmingham widely expected to be added to the Covid watch list and offered additional support), and new spikes on the continent, such as in France and Spain. As the week ended, Croatia, Austria and Trinidad and Tobago became the latest countries to be added to the government’s quarantine list, though Portugal was removed.

The government U-turned on A-level and GCSE exam results in England, confirming students could use grades set by their teachers – alternatively they can choose their grade sent out last week under the national algorithm, if it is higher. But the about-turn has caused a problem for universities, which last week rejected some students with provisional offers, and accepted others through clearing. They are legally bound to accept all students with offers who have obtained the offer grades, creating concern over whether they will have enough accommodation, and space to meet social distancing requirements during lectures and tutorials.

Medical schools are among those with the biggest issues. Previously, medical student places were capped because of cost – which exceeds student fees – and NHS workforce planning. But medical schools feared they now have too many eligible students and not enough places. Universities and the British Medical Association called for the cap to be lifted, which the government duly announced.

Lifting the cap may have a knock-on effect for the NHS. Though it can look forward to extra homegrown doctors in future years, it will also have to find the capacity and funding to take the additional students and junior doctors in undergraduate and postgraduate placements. However, universities minister Michelle Donelan said places should be offered to eligible students where clinical placements are available. Additional funding will be provided to universities in line with existing per student rates, she added.

Helena McKeown, BMA chair and education, training and workforce lead, welcomed the decision, but insisted it must be backed by long-term support and funding. ‘Along with the lifting of the cap on medical school places, we need a cast-iron commitment to support and funding for universities and their staff and guarantees on increasing training capacity and investment in the NHS further down the line. If, in the future, we don’t get an increase in the number of places in the foundation programme for students who graduate, we will face the catastrophic situation of young doctors finishing university with no job to go to.’

Healthcare providers across the UK are beginning to restore services and in Wales the NHS has resumed most activity data collections – collections had been due to restart later in the year. According to the latest figures, activity is recovering – in July, A&E attendances, for example, rose to more than 73,000 during the month (11% higher than June), though still almost 26,000 fewer than July 2019. Outpatient referrals in June increased by almost 44% compared with May, but was still 39% lower than June 2019. There were also reductions in patients newly diagnosed with cancer (recorded on a rolling, 12-month count), though the full impact of the pandemic may not be visible until later in the year.

Though non-Covid activity is rising, the Welsh NHS Confederation said the scale of the challenge facing the local NHS could not be denied. NHS staff are working tirelessly to increase safe access to treatment and diagnosis, it said, urging patients with serious or urgent conditions to see their doctors. 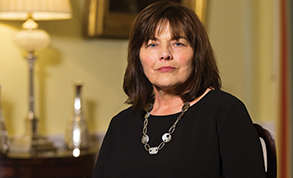 Scottish health secretary Jeane Freeman (pictured) said a new strategy to recover cancer services would launch in the autumn. The recovery plan would be led by clinicians and specialty advisers, putting patient experience at its heart, she said. Positive measures used in the Covid response, such as video appointments and nationally consistent prioritisation, would be embedded in the plan.