The week was dominated by U-turns – or at least accusations of U-turns – on school dinners, student nurse contracts and the tracing app. But there was also a worrying assessment about the impact of the coronavirus on social services.

There has been an increasing focus over the last several weeks on care homes, with concerns about high levels of infections and deaths among their residents. But fears broadened to social services more generally with the publication of a new budget survey from the Association of Directors of Adult Social Services (ADASS).

The report says councils are facing huge additional pressures because of Covid-19. Around 37% of councils’ overall budgets are spent on adult social care and a quarter of authorities had planned to use non-recurrent funding, for example from reserves, to fund their base adult social care budgets for the current year. Budgeted spending of £15.7bn relied on savings of £608m, but efficiency programmes have been hit by the pandemic.

Three-quarters of directors believe that 60% of their planned savings are at risk in 2020/21. And planned income is likely to be down by £190m. Overall just 4% of directors are confident that their budgets are sufficient to meet their statutory duties.

ADASS president James Bullion said the report and last week’s companion report – the ADASS coronavirus survey – were a wake-up call.  ‘Urgent action is needed to plug the financial black hole that has been blown in local government finances, to properly recognise and reward colleagues working in social care, stabilise providers of care and most importantly safeguard and ultimately enhance the care and support available to those of us who need it,’ he said.

Without such action, he said that local authorities would run out of money, care providers would go to the wall, many of us will not get the care and support we need, and the economy will take a further hit. ‘Prioritising social care is the right thing to do morally, ethically, economically and politically,’ he said. 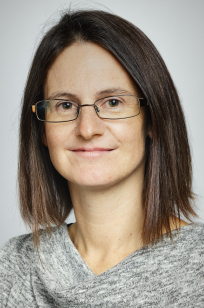 The Nuffield Trust’s deputy director of policy Natasha Curry (pictured) described the figures as shocking. ‘This would mean care services restricted to a bare minimum, contributions jacked up for often vulnerable people receiving care, and many providers shutting up shop,’ she said. ‘The social care system was already on its knees before the pandemic. If this government becomes the fourth in a row to fail to deliver on promises of reform, it now seems possible that the system will fall apart entirely.’

And Sally Warren, director of policy at the King’s Fund said the focus had to broaden out from infections and deaths from Covid-19 to consider the impact on others who need social care. ‘Only around one in 10 social care directors believe that everyone in their area is being discharged to the right place to meet their needs first time,’ she said. ‘This could mean people don’t have access to rehabilitation and reablement services to help them live independently, or are inappropriately sent to a care home when they would be better off being supported to live in their own home.’ Inappropriate placement could have a real impact on quality of life, she added.

The Office for National Statistics’ latest update on coronavirus-related deaths suggested that nearly 30% of deaths had taken place in care homes in the year to date. A mortality monitor, published by the Institute and Faculty of Actuaries  and based on ONS data, said there had been around 63,000 more deaths in the UK from the start of the pandemic to 5 June than if mortality rates were similar to those experienced in 2019.

There has been some speculation in the press that the Covid-19 death toll may be less than half of what has been recorded. The argument has been put forward that many of the deaths are people who would have died in the coming weeks or months anyway – often of a significant underlying condition.

But actuary Stuart McDonald, speaking on Radio 4’s More or less statistics programme and podcast, said this was not supported by the data. ‘Three quarters of excess deaths were aged 75 or more and the majority had one or more pre-existing medical conditions. But what is often missed is how high average life expectancy is for older people in the UK.’

It was a week for government U-turns with the high-profile change of policy on the funding of school meal vouchers for the poorest families over the summer holiday period. However, the Department of Health and Social Care preferred to describe the adoption of an Apple/Google technology model for its contact-tracing app as ‘the next phase of development’ rather than a complete change of direction. 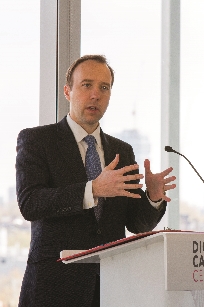 Health secretary Matt Hancock (pictured) told Thursday’s government briefing: ‘As it stands, our app won’t work because Apple won’t change their system but it can measure distance and their app can’t measure distance well enough to a standard we are satisfied with.’

Digital rights lecturer at London’s UCL university Michael Veale, who works in a team that developed the technology that Apple and Google adapted into their decentralised approach, said the decision was ‘entirely predictable’. He told BBC’s Newsnight that he had contacted the government in April to tell them this would happen

The original app – which was tested in the Isle of Wight – used a centralised database approach, not supported by Apple and Google. While the new approach is not without its own problems, particularly with distance measurement, it does have the advantage of having working models already in operation around Europe. For example, Germany’s own contact tracing app based on the Apple/Google model was launched earlier this week and was reportedly downloaded 6.5m times on its first day.

The government was also accused of effectively performing a U-turn over student nurses pay. There were claims that students brought in to support the Covid response ahead of finishing their qualifications had had what were typically six-month contracts terminated early.

However, Health Education England chief nurse Mark Radford said it was ‘absolutely untrue’ to suggest student nurses and midwives were being made redundant. He said that the students had been drafted to placements. While these were normally unpaid, the hours had been paid to recognise the special circumstances and would continue to be until the end of summer.

Year 3 students will be paid till 31 July and if they have completed hours and assessments can qualify and be paid as a full registered nurses, moving from band 4 to band 5 and increasing their pay. Year 3 students with hours to complete would be paid until September. Any year 2 students on placement will be paid until 31 July. And after this normal non-paid placements will be re-introduced.

‘We committed at the outset of the pandemic to ensure that these students complete their training and are able to qualify,’ he said. ‘It was always made clear to students who opted into paid placements the arrangements would need to come to an end at an appropriate point so that students could return to their supernumerary status to complete their registered nursing qualifications as quickly as possible to permanently enter the NHS workforce.’

However, there was also good news for the government this week as it authorised what it claimed was ‘the world’s first coronavirus treatment proven to reduce the risk of death’. Dexamethasone is an existing anti-inflammatory drug that could prevent one in three deaths among patients on ventilators.

It is a low-cost drug that is in good supply and the government has stockpiled stores of the drug in anticipation of a good result from the trial.