London and some surrounding areas moved into tier 3 this week and will be followed by much of the South East and parts of East of England, recognising that Covid-19 virus infections, having stabilised and started to fall during lockdown, are now increasing in many parts of the country.

The government announced its first review of the tiering system of restrictions in England on Thursday, with minimal movement down the tiers and major movement in the opposite direction. It uses five measures to make its assessment: cases (all ages); cases (over-60s); rate of increase/decrease; positivity rate; and pressure on the NHS. There is no threshold given for each metric as a more holistic view has to be taken looking at all indicators together.

The situation in London has deteriorated since the end of national restrictions. Cases in all ages are greater than 200 per 100,000 in 18 of the 33 local authorities and are continuing to increase in 32 council areas. Case rates in over-60s are above 100 per 100,000 in 27 areas and are also increasing in the majority of boroughs.

There was a significant increase in reported cases across the UK on Thursday – up 10,000 on the previous day to more than 35,000. However, this included a backlog of around 11,000 cases that hadn’t been reported due to a technical delay in Wales. In a statement, Public Health Wales said that the delay, due to system upgrades, had not affected individuals receiving their results.

However, the worrying rises in some parts of Wales have led first minister Mark Drakeford to announce a new lockdown (level 4 restrictions), which will come into place across Wales after the five-day Christmas period on December 28.

Northern Ireland followed suit announcing a six-week lockdown starting on Boxing Day. It reported 656 cases on Thursday – a near 50% increase on the numbers being reported a week ago. Hospitals were running at over capacity earlier in the week and there were reports of ambulances queuing up and patients being initially treated in the car park. Deputy first minister Michelle O’Neill (pictured) described the situation as ‘quite dire’. ‘It’s probably in a worse position than we’ve been in the whole way through the pandemic,’ she said. ‘And I think that the health service would be completely crushed in January if we didn’t intervene now.’

Pressure on the NHS is a key consideration for all governments in deciding restrictions and for selecting the most appropriate tier in England. NHS Providers welcomed the decision to move further English areas to the highest tier and keeping most other tier 3 areas at the highest level of restrictions.

‘Covid hospital admission data shows that 21% more people were admitted to hospital for Covid-19 this week than the week before,’ said Chris Hopson, chief executive of NHS Providers. ‘And the weekly winter data shows that localised pressures are, worryingly, continuing to rise rapidly in a number of areas.’

He also suggested that the recent focus on the link between infection rates and NHS capacity ignored the fact that the main reason for cutting infection rates was to minimise patient harm and unnecessary deaths. ‘That's why it's really important everyone observes the rules for their area and thinks carefully about their plans for the festive period,’ he said.

Both NHS Providers and the NHS Confederation were also keen to point out that it was not just acute services under strain. Community health services are also facing competing pressures in the second wave.  Community Network chair Andrew Ridley said that community providers were managing Covid and non-Covid pressures at the same time as responding to the usual increase in seasonal illness, as well as providing support to care homes, the clinically vulnerable and those awaiting elective care.

Delayed discharges from hospitals were leading to deconditioning for many patients, which in turn created more demand for rehabilitation and reablement services. Community providers also had a role to play in vaccination programme.

Workforce is a particular concern, with high levels of vacancies and sickness absence. ‘Providers facing these difficult challenges tell us they need support nationally and to be empowered to make the right decisions for their communities,’ said Mr Ridley. ‘As part of this, there needs to be investment in the community sector, a commitment to recurrent funding for discharge to assess, and a structural and cultural shift to a “home first” model.’

There has also been increasing concern in recent months about the long-term impacts of Covid-19. This week the National Institute for Health and Care Excellence (Nice) published a rapid guideline covering the identification and management of ‘long Covid’. The guideline in fact breaks the illness into three groups: acute Covid-19 – symptoms for up to four weeks; ongoing symptomatic Covid – symptoms from four to 12 weeks; and post-Covid syndrome – symptoms for more than 12 weeks.

While patients should be given advice on self-management, consideration could be given to referring for support from integrated care teams and specialist care for specific complications.

The gloom around the rising levels of infections across the country was in contrast to the more hopeful news that nearly 140,000 people were vaccinated in the first week of the UK’s vaccination programme. The figure covers the week to 15 December and only captures the start of the community vaccination programme, which saw GPs join the vaccination frontline on Monday.

With health secretary Matt Hancock having said last week that he hoped ‘several million’ people will have been vaccinated by Christmas, the first week’s numbers appear well off the pace. However, the Department of Health and Social Care said the rate of vaccinations would increase over the coming weeks as more doses become available and the programme continues to expand.

A report this week from the National Audit Office revealed NHS England and NHS Improvement estimate that it could take up to 46,000 staff consisting of 26,000 vaccinators and 20,000 administrative staff to deliver the Covid-19 vaccination programme, based on a 75% take-up rate. There is an assumption that 25 million people could receive the required two doses throughout 2021. Added to an expanded flu vaccination programme, this would mean an increase of 64 million vaccinations compared to 2019/20. 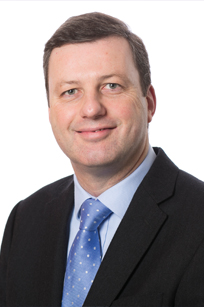 Head of the NAO Gareth Davies (pictured) said that the government had worked quickly to secure access to potential vaccines, but the roll-out would still be difficult. ‘With one vaccine now approved for use and its roll out started, significant challenges remain,’ he said. ‘Efficient delivery to the UK population presents complex logistical challenges and requires excellent communication with the public.’

Mr Hancock also revealed details of a new variant of coronavirus, which had been identified in over 1,000 cases and could be associated with the faster spread of the virus in the South-East. Other countries have also identified similar variants in recent months. However the health secretary said there was currently nothing to suggest the variant was more likely to cause serious disease and ‘the latest clinical advice is that it is highly unlikely that the mutation would fail to respond to a vaccine’.

With virus cases increasing rapidly and the fact that it will be several months before priority groups have vaccine protection, the UK will remain reliant on social distancing measures and effective test and contact tracing services to try to keep outbreaks under control.

The latest report from NHS Test and Trace in England said that 109,000 people tested positive for coronavirus  in the week to 9 December. Nearly 97,000 people were transferred to the contact tracing service and 87% of these were reached (meaning 13,000 were not able to be contacted). Some 64,000 of those contacted provided details of 195,000 close contacts and 93% of these were reached. (Improved figures in recent weeks have benefitted from changes meaning people in the same household do not have to be contacted individually.)

Results for tests undertaken in the community were received within 24 hours in 28% of cases, compared with 30% the previous week.

While the vaccine programme has reduced the scrutiny of NHS Test and Trace in recent weeks, NHS Providers’ Mr Hopson said it remained a vital part of efforts to control the virus. ‘We are deeply concerned to see a 12% increase in the number of positive cases of Covid-19 recorded across the country, especially after the progress of the past few weeks. We are also troubled by what we anticipate may come in January.

While the focus is understandably on the short-term impacts of Covid-19 on the country and the health service, it will also have longer term reach and its impact will not be felt equally by all parts of the population. This week the UCL Institute of Health Equity published an important report on how the pandemic has affected health inequalities in England. Build back fairer: the Covid-19 Marmot review – commissioned by The Health Foundation – found that inequalities in social and economic conditions before the pandemic contributed to the high and unequal death toll from the virus. 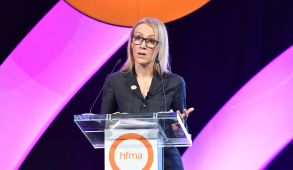 Long-term polices needed to put equity at their heart and ‘building back fairer’ would demand multi-sector action from all levels of government. In particular, investment in public health needed to be increased.

'The report reveals that rising unemployment and low wages resulting from the pandemic have particularly impacted on younger people,’ the foundation’s chief executive Jennifer Dixon (pictured) said. ‘This has long-term implications for their future health and wellbeing. Unless action is taken, we risk this causing long-term damage to their health and our society.’

'Mitigating the damage caused by the pandemic to education, employment and income must be at the heart of the government’s plans for recovery and levelling up,’ Dr Dixon added.

There have been very specific concerns over the impact of Covid on education, with the government threatening some London schools with legal action after they decided to close early in the face of local Covid spikes. The schools subsequently reversed their decision, only for the government to announce secondary school pupils in England could close a day early for Christmas and would have a staggered start to the next term, with most initially learning at home.