A three-tier approach to local lockdown was launched this week with Liverpool and Lancashire the first areas to have the severest restrictions imposed.

Prime minister Boris Johnson said the government had to take action in the face of cases quadrupling in the space of just four weeks. He added that there were now more Covid-19 patients in hospital than there were when the country went into lockdown in March. And deaths are also rising again. ‘These figures are flashing at us like dashboard warnings in a passenger jet,’ he said. ‘We must act now.’

The new alert system sees areas assigned to one of three levels. In medium alert (tier 1) areas, the current national measures will apply. Those areas with higher number of infections, including those that were already facing local interventions, have been badged as high alert (tier 2), with a consistent set of restrictions now in place including a ban on different households meeting indoors. In very high alert areas (tier 3) pubs and bars have been closed and the no mixing households rule applies in all settings.

However, it is also clear that further restrictions may be needed. Chief medical officer Chris Whitty admitted he was ‘not confident’ that the base case measures set out in the tier 3 proposals would be enough to get on top of the virus. Local authorities will have flexibility to go further.

Initially only the Liverpool city region (including the Wirral and other surrounding districts) was assigned to tier 3. It was subsequently joined on Friday by Lancashire after an agreement was reached with local leaders.

However, talks with Greater Manchester’s leaders about moving the city from tier 2 to tier 3 stalled.  The city’s mayor Andy Burnham said the proposal would impose a ‘punishing lockdown’ without ‘proper support’ for the people and businesses affected. The government is ‘asking us to gamble our residents’ jobs, homes and businesses and a large chunk of our economy on a strategy that their own experts tell them might not work,’ he said on Thursday afternoon.

He added that Greater Manchester – along with Liverpool and Lancashire – were being used as ‘canaries in the coal mine’ for an experimental regional lockdown. Speaking to the BBC on Friday morning, foreign secretary Dominic Raab accused Mr Burnham of ‘trying to hold the government over a barrel over money and politics’. Insisting the financial package on offer was ‘generous’, he said the government would ‘hold in reserve’ the ability to impose stricter rules.

Immediately following the prime minister’s Monday press conference, minutes were released from the 21 September meeting of the Scientific Advisory Group for Emergencies (Sage). These revealed that the government advisory body had concluded that a package of interventions would be needed to bring the transmission rate back below 1 and identified a shortlist that should ‘be considered for immediate introduction’. These included a short period of lockdown, with a 14-day circuit breaker potentially putting the epidemic back by 28 days and reducing the infection’s prevalence in December.

Other suggestions included: banning inter-household contacts in the home; closure of bars, restaurants, cafes and indoor gyms; and requiring all university and college teaching to move online. Only one recommendation was implemented at the time – advising those who can work from home to do so. 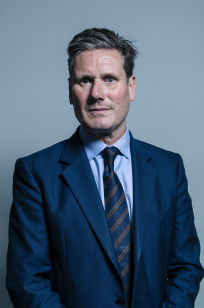 On Tuesday Labour leader Sir Keir Starmer (pictured) said it was clear ‘the government’s plan simply isn’t working’ and called for a two-to-three week circuit break in line with the Sage recommendation. Schools would remain open, but the break could be timed to run across half-term to minimise disruption. He said a circuit break would also provide an opportunity to reset and, in particular, ‘to get a grip on testing’ including handing track and trace over to local authorities. The arrangements would need to be propped up with ‘extensive support’ for jobs, businesses and local economies.

The need to reform testing and tracing was picked up elsewhere. ‘Where national lockdown is a blunt tool, testing and tracing is a targeted precise instrument,’ said Anthony Costello, professor of global health and sustainable development at University College London and a former director at the World Health Organization. As well as being ‘too slow to identify cases’, the service has failed to offer enough support to those self-isolating. Primary care should be far more involved, argued Professor Costello, writing in the Guardian.

There were further calls for rapid improvements in the test and trace system after NHS Test and Trace published its weekly update. Nearly 90,000 people tested positive for coronavirus in the week to 7 October – 6.3% of everyone tested. Nearly 88,000 of these were transferred to the contact tracing system, including 11,000 delayed from the previous reporting period (see Covid-19 update: 9 October). Of these, 77% were reached and 217,000 close contacts were identified – and 63% of the contacts (complex and non-complex) were reached and asked to self-isolate.

NHS Confederation director Layla McCay said improvements were needed across the board. ‘While our members in some of the worst-affected areas tell us the system is coping for now, if the NHS is to continue to be able to cope, with the added challenges of winter, we will either need to see a swift and significant improvement in the test and trace system, or more draconian measures over even larger parts of the country,’ she said.

And NHS Providers deputy chief executive Saffron Cordery added that there was ‘still clearly a long way to go until our test and trace system is fit for purpose’. ‘It is good to see a high proportion of positive cases transferred into the system, but this must be done in a timely manner,’ she said. ‘And success also depends on reaching them and their contacts, and then compliance with the need to self-isolate. The truth is we all have a role to play.’

Despite demand for tests outstripping supply in recent weeks, there have been calls for an urgent introduction of routine testing for NHS staff. This week, these calls were answered – albeit only partially. NHS England medical director Stephen Powis announced that regular testing for asymptomatic NHS staff would be introduced in high risk areas. Tests are likely to be undertaken as part of pillar 2 community tests, although it is unclear what impact this will have on testing availability more broadly in pillar 2, which also provides testing for care home staff and residents.

The increase in Covid cases has fed through into hospitalisations, with 764 admissions reported in England alone on Tuesday – nearly a third of them in the North West. On the same day, across the whole UK, there were 4,941 Covid patients in hospital with 516 in ventilated beds.

Deaths relating to recent increases in infections will not be seen in the statistics for several weeks. However the Office for National Statistics wider report on registered deaths that mention coronavirus showed an increase in Covid-related deaths in England and Wales for the week ending 2 October – up from 215 to 321. At the same point, using this broader definition of Covid-related deaths, the total in the year to date is 53,187 across England and Wales.

The confederation’s Dr McCay said the figures were a stark reminder that the crisis was escalating again. ‘[This] is especially concerning as we know that the number of deaths will only increase, given the lag time from hospital admissions, which are now at or near levels seen in March,’ she said. Further increases could create capacity challenges.

‘Staff are doing everything they can to bring back routine services alongside treating rising numbers of Covid-19 patients, across the system from primary care to acute hospitals,’ she added. ‘We must remember that if Covid-19 demands rise and affect the ability to deliver other services, this could have a knock-on effect on non-Covid deaths.’

At the end of the week, the Care Quality Commission published its annual State of health and social care in England report. This includes the period before Covid, with the regulator reporting that care was generally good, although there had been little overall improvement, and there were some specific areas of concern.

For example, more than half of urgent and emergency care services were rated as requires improvement or inadequate as at 31 March 2020. A quarter of maternity services were rated as requires improvement. There was also evidence of poor care in inpatient wards for people with a learning disability and autistic people. And social care was ‘fragile’ as a result of the lack of a long-term funding solution. 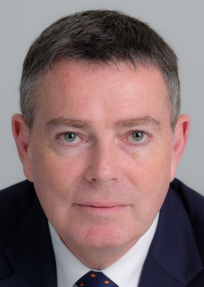 The service had responded well in many areas to the onset of the virus. However the report said that the fact that Covid had impacted more severely on those already likely to have poorer health outcomes – including people from black and minority ethnic backgrounds and people in more deprived areas – made it all the more critical to design services around people’s needs.

‘Covid is magnifying inequalities across the health and care system – a seismic upheaval which has disproportionately affected some more than others and risks turning fault lines into chasms,’ said CQC chief executive Ian Trenholm (pictured). ‘As we adjust to a Covid age, the focus must be on shaping a fairer health and care system – both for people who use services, and for those who work in them.’ Addressing the funding of social care and providing a new deal for the care workforce had ‘to happen now – not at some point in the future’.