Prime minister Boris Johnson this week committed to a spring 2022 inquiry into the handling of the Covid-19 pandemic, while an independent panel, commissioned by the World Health Organization declared the global pandemic was preventable.

The Independent Panel for Pandemic Preparedness and Response’s report – Covid-19: make it the last pandemic – found that the current pandemic preparedness and response system failed to protect the world from Covid-19. ‘The shelves of storage rooms in the UN and national capitals are full of reports and reviews of previous health crises,’ panel co-chair Ellen Johnson Sirleaf said. ‘Had their warnings been heeded, we would have avoided the catastrophe we are in today.’

The report argues that the WHO’s emergency committee should have declared the outbreak in China an international emergency a week earlier than it did. And even after the subsequent declaration, countries failed to take appropriate measures to halt the spread of the virus.

The UK’s specific response to the pandemic will now itself come under scrutiny after the prime minister finally put a date to a domestic inquiry. Mr Johnson had previously promised an inquiry would be held, but had refused to put a date on it, claiming that ‘now is not the right time’. Apparently next spring is the right time. Any earlier would risk diverting and distracting ‘the very people on who we all depend in the heat of our struggle against this disease’.

The inquiry met some proponents’ demands – namely that it should be independent, have the ability to compel the production of all relevant materials, and take evidence in public under oath. However, many took issue with delaying the inquiry until next year.

Labour leader Keir Starmer asked why the inquiry couldn’t be held later this year and said that the terms of reference would be important. ‘There are reasons why the pandemic hit those in overcrowded houses and insecure work the hardest,’ he said. ‘They need to be addressed as well, and no inquiry that does not address those questions will give the answers that many deserve.’

With UK chief medical officers agreeing that the UK alert level should move from level 4 to level 3, the prime minister also confirmed that next week’s planned easing of lockdown measures would go ahead. In England this will see indoor hospitality reopen and up to six people or two households able to meet indoors. Scotland has also announced an acceleration of previous plans and will also allow six people (from three different households) to meet inside homes from Monday. Wales announced on Friday that it will move into alert level 2 – Wales has four alert levels compared with the five-level UK system – and will also reopen indoor hospitality. Northern Ireland has set 24 May as a provisional date for lifting its restrictions.

The improving context for these changes is clear. The government’s Covid dashboard shows that deaths within 28 days of a positive Covid test have been averaging fewer than 10-a-day across the UK over the last week. And on a number of days, some of the UK nations have reported no Covid deaths – just four were reported on Monday, all in Wales.

Daily reported cases remain around the 2,000 to 2,500 mark, while daily hospital admissions have been below 100 twice during May – the last time that happened was in August last year. At the start of the week there were just 1,100 patients in hospital beds – although these numbers are now only falling slowly. The vaccination programme also continues to perform well. The focus currently remains on second doses with around 450,000 second doses being administered on four of the most recent seven days. However, over the same period first doses have ranged from 100,000 to 185,000 per day.

In total, some 36 million first doses have now been given across the UK, with 19 million people having received both jabs. New analysis from Public Health England has also shown that people receiving a single dose of the AstraZeneca vaccine have approximately 80% lower risk of death with Covid-19 compared with unvaccinated individuals. The protection against death from the Pfizer/BioNTech vaccine rises from 80% after one dose to 97% after two doses.

Both vaccines had similar levels of protection against mortality after a single dose – at 44% (Pfizer) and 55% (AZ) compared with unvaccinated cases. And combined with the protection vaccines offer against becoming a case in the first place, this is equivalent to approximately 80% protection against mortality overall. A separate report also shows further evidence that the vaccine is highly effective in reducing the risk of hospitalisation, especially in older ages. For the over 80s, it is estimated that two doses of the Pfizer/BioNTech vaccine reduces the risk of hospitalisation by 93%.

‘The evidence is clear that vaccines provide significant layers of protection against this awful disease,’ said health and social care secretary Matt Hancock. ‘People across the country can breathe a sigh of relief knowing that their risk of becoming seriously ill or hospitalised with the virus is significantly reduced after being vaccinated.’

Early results were published this week from a study looking at the potential to mix vaccines from one dose to the next. There has been interest in this to mitigate against supply shortages but also because of the possibility of following up a dose of the AstraZeneca vaccine, where there have been concerns over links with very rare blood clots, with an alternative vaccine.

Although full results will be published in June, early data – published in a letter to The Lancet – show that mixing AstraZeneca and Pfizer vaccines may lead to more frequent mild or moderate side-effects. However, any adverse reactions were short lived and there were no safety concerns.

People aged 38 and over in England are now eligible for vaccination. The latest vaccine surveillance report from Public Health England shows that uptake among those aged 65 and over is above 90% and for ages 50 to 55 the uptake is above 80%.  Across the UK, overall uptake of the first dose – as a proportion of the whole 18 and over adult population – is 68% and around 35% for the second dose.

However, there is a nervousness that uptake could fall as the vaccine programme moves to younger people. It is feared that these groups may show greater levels of vaccine hesitancy born out of concern about side effects and a perception of reduced threat from the virus. The continuing message is to take up the offer of a vaccine when offered, although the UK has stopped short of some international practices where incentives are being offered to those getting jabbed.

A new initiative by industry and employers is now looking to encourage all their staff to take-up vaccine offers when eligible. Many organisations have pledged to be flexible with staff, giving paid time-off for employees to get vaccinated and providing sick pay as standard for the minority experiencing side-effects.

However, there is increasing concern about growing incidence of a variant of the Covid virus that was first detected in India. The variant – known as B.1.617.2 – was last week officially designated a variant of concern and confirmed cases have more than doubled in the last week. Figures from Public Health England show that by 12 May, more than 1,300 cases of the variant had been detected, compared to just over 500 a week earlier. This version of the ‘Indian’ variant is growing much faster than two others, which remain as ‘variants under investigation’. Concerns centre on the potential for it to spread more quickly than other strains and whether it might be able to ‘escape’ the current vaccines.

NHS Providers called for the NHS to be given a ‘robust and aligned view’ of the risk the NHS faces. ‘How big is the risk? How widespread could it be? When might it realise?,’ it asked. It acknowledged that this would be a best estimate with lots of complex interactions between infection levels, geographic spread, vaccine uptake and efficacy. But given the risk that the variant could lead to a larger group of people becoming ill, trust leaders needed the risk assessment ‘as soon as possible so they can plan accordingly’.

Prime minister Boris Johnson declared himself ‘anxious’ about the Indian variant, although the Department of Health and Social Care said there was no firm evidence yet to show this variant has any greater impact on severity of disease or that it evades the vaccine. Most cases are in the North West of England, with some in London. Surge testing is already being deployed in Bolton, Formby and Sefton with enhanced contact tracing also in place.

The NHS Test and Trace system has dropped out of the limelight in recent weeks as the number of positive cases has continued to fall. However, the service remains a vital tool in the battle against the virus – with its role arguably more important now in clamping down early on local outbreaks including those of new variants.

The latest report for the week up to 5 May shows a further fall in positive cases – down 9% to 14,300 despite more than 4.5 million people being tested. Some 9,615 cases were transferred to the tracing system. There was the usual leakage of around 10% of these people not able to be reached for various reasons. And of those that were reached just over four out of five collectively identified nearly 40,000 people as recent close contacts. And 84% of these were contacted and told to self-isolate.

While the country’s current Covid status is encouraging, the virus’s impact on the health service over the last year was underlined this week with the latest performance statistics. Nearly 5 million people are now on a hospital waiting list – around 9% of the population and the highest numbers since records began in 2007. This has grown by 400,000 since December showing the impact of the second wave of the virus and possibly an increase in referrals and people presenting to their GPs. Just 64% of the whole list had been waiting up to 18 weeks, well short of the 92% standard. And more than 436,000 had been waiting for treatment for more than a year.

NHS Providers chief executive Chris Hopson (pictured) said trust leaders were deeply aware of the impact of these delays on patients. Trusts were recovering from the pandemic as quickly as possible and prioritising the most urgent cases.  While they were ahead of elective activity targets, there was still a lot to do to get back on track. ‘A trust leader told us that, at the moment, for every case they clear, another two referrals come through. While this remains the case, the waiting list will continue to grow,’ he said. ‘And this is not just about pressure on hospitals. We are also seeing growing demand for mental health and community services.’ 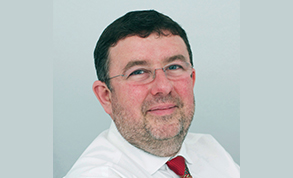 And Nuffield Trust deputy director of research Sarah Scobie said it was now clear the NHS needed much greater support from the government. ‘The number of people left waiting over a year for treatment to start is at a level not seen for 14 years,’ she said. ‘Undoing the damage caused to health and care services by the pandemic will take years.’ She praised the NHS for maintaining MRI scans and other diagnostic tests during the second wave – an ‘incredible effort given the scale of hospitalisations’. However this had put a lot of pressure on staff and their wellbeing ‘must be at the forefront of efforts to work through record waiting lists’, she said.

She welcomed the £160m funding for pilot areas to find ways to accelerate efforts to tackle the backlog, but pointed out that additional staff and resources would not be easy to find given current pressures.

NHS Confederation chief executive Danny Mortimer added that even bolder moves might be necessary. ‘If given extra investment and easier access to capital funding the health service could build on the changes already underway and continue to get more patients back through its doors. Additional investment in specialist staffing would also allow the health service to use the coming months to treat thousands more patients.’ He also said that now was the right time to review social distancing rules and how personal protective equipment is used to free up capacity across the NHS.