In a week when Covid news was dominated by education – the reopening of schools in Scotland and the controversy over A-level results – the NHS still created a few headlines, including launching a new trial of a coronavirus app in England, cutting the number of national tracing staff and altering the basis for counting Covid deaths.

For some in England at least, the week began late on Friday 7 August as NHS England and NHS Improvement launched guidance on the third phase of the response to Covid-19. This included a call to action on reducing inequalities, and getting mental health and community services up and running. The guidance also details the plans systems must submit next month, covering the remainder of the financial year.

But with the focus on restoring activity, NHS Providers issued a strong defence in the face of suggestions from some medical leaders that the NHS became a Covid-only service during the pandemic. Chief executive Chris Hopson insisted that the service had maintained critical services alongside the Covid response.

NHS Providers also said managers are worried that the enormous public support for the health service during the pandemic could erode quickly. As services are restored to pre-Covid levels, communications managers fear the perception of the NHS could change as stories of delayed operations, missed cancer diagnoses and long waiting list for mental health services emerge.

The latest waiting times figures show Covid’s impact. In June, more than 50,000 people had been waiting more than a year for treatment to begin, while only half of those on the list are receiving treatment within the 18-week target. There were concerns over cancer waiting times, where performance plummeted.

Health Foundation senior policy fellow Tim Gardner warned that the service was ‘nowhere close to business as usual’. He added: 'The NHS made it through the peak of the outbreak, but the consequences for people with conditions other than Covid-19 are becoming increasingly clear. With so many going without treatment or experiencing long waits, there is a risk that the health of people with serious conditions will deteriorate, and mean the NHS has to deal with more patients needing care urgently.

'The NHS and the government now have a crucial window of opportunity to identify and apply lessons learnt from the first wave.’

The threat from Covid is ever present. Authorities are watching a number of local outbreaks closely, including in Scotland. The UK government added France, Holland, and a number of other countries to the list of destinations where 14-day quarantines will be required on entering or returning to the UK. There were warnings from further afield as the United States, Brazil and India continued to see high infection rates. New Zealand, much-praised for its Covid response, saw its first cases in 102 days.

However, there will be some further easing of lockdown restrictions in England from 15 August, allowing more beauty treatments, small wedding receptions and live indoor performances. Fines for breaches of rules will be beefed up. The BBC reported the government has ordered 90 million doses of a potential vaccine being developed by scientists in the US and Belgium, taking total orders to 340 million doses of six experimental vaccines.

Mental health has been one area of concern during the pandemic and, in a report published this week, the NHS Confederation said providers initially saw a 30%-40% average reduction in referrals. However, this was temporary, with some providers telling the confederation that they were treating more patients now than before the pandemic. A further sharp rise is expected due to the effect of the crisis on the population’s mental health – some providers said this increase in demand could be as high as 20%. At the same time, capacity will be reduced by 10%-30% because of infection control measures.

The confederation called for appropriate resources to be allocated – the £2.3bn allocated to the mental health sector in the NHS long-term plan was welcome at the time, but was not enough to improve services and cover the costs of Covid-19, it said. 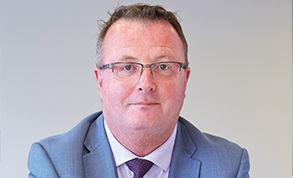 Sean Duggan (pictured), chief executive of the NHS Confederation’s Mental Health Network, warned the service could be overwhelmed if no action is taken. ‘We must not be fooled into thinking that the worst is behind us. There is a rising tide in demand for NHS-funded mental healthcare associated with the pandemic, which we expect to remain high for some time and will be felt long after the physical health crisis across acute and community care subsides.

‘Providers are facing this with reduced capacity across their services, with significant funding constraints, and with a workforce that is close to burnout due to vacancy levels and the pressures placed upon them.’

The government has opted to ‘go local’ with test and trace. Each local authority will be given its own tracing team from NHS Test and Trace. If the tracers cannot track a person, details will be handed over to local public health officials. The Department of Health and Social Care said the measure had already been successful in the responses to outbreaks in Blackburn and Leicester.

Councils have been asking for weeks for the NHS to work with their local experts, who know the area and have experience of tracking down outbreaks locally. As a result of the allocation of local teams, 6,000 non-NHS call handler jobs will go, and the number of national NHS tracers will fall to 12,000 on 24 August.

Test and Trace announced that it had reached more than 250,000 people since its launch in May. However, NHS Providers said it would be a difficult task to build a national test and trace service fit to meet the demands of the coming winter. Trust leaders in England lacked confidence in the government approach – fewer than a third believed the government testing plan would meet their trust’s needs – and they warned that constraints on testing could hamper efforts to restore routine NHS services.

In the last week, the proportion of individuals who tested positive for the virus and contacted by Test and Trace remained at around 80% – as it has since the fourth week of the service – with around 74% of close contacts reached and advised to self-isolate (a slight increase on last week).

The Department hope the national and local testing and tracing system will soon be complemented by a track and trace app. Northern Ireland recently became the first country in the UK to launch its own app, using the decentralised model based on technology from Google and Apple. England now appears to be going down this route. Its new trial app will again be tested initially on the Isle of Wight, as well as with NHS Volunteer Responders and the people of the London Borough of Newham.

The new app will log the time and distance spent near anyone, including strangers, so if they test positive later, contacts can be alerted and directed through the process of booking a test. Users will be able to check in to a venue by scanning a QR code. The Department insisted the app uses the latest security technology to protect user data. – it does not hold the user’s details or access phone contacts, though the user's details will be needed if they wish to book a test.

All through the pandemic there has been much debate about the relevance of figures supplied by various national bodies. Recently, the Department stopped publishing the number of deaths due to Covid-19 due to Centre for Evidence-Based Medicine concerns over the validity of the figures. The data had been based on counting the death of anyone who had ever tested positive as a Covid-associated death.

But this week, the Department announced that each day it will now publish deaths of anyone who had tested positive within the last 28 days of their life. This will bring the metric into line across the whole of the UK. The total number of deaths was subsequently revised down, and stood at 41,347 on 13 August.

Public Health England had analysed the previous data, finding that 88% of the deaths had occurred within 28 days of testing positive and 96% within 60 days. England will also publish a weekly set of figures showing the number of deaths that occur within 60 days of a positive test. Deaths that occur after 60 days will be added if Covid-19 appears on the death certificate.

John Newton, director of health improvement at Public Health England, explained the decision to adopt the new methodology. ‘The way we count deaths in people with Covid-19 in England was originally chosen to avoid underestimating deaths caused by the virus in the early stages of the pandemic. Our analysis of the long-term impact of the infection now allows us to move to new methods, which will give us crucial information about both recent trends and overall morbidity burden due to Covid-19.’

Overall, the number of positive tests are increasing – though some scientists argue this may be due to increased testing – while hospital admissions and deaths due to Covid appear to be in decline.