The mini-Budget, which revealed that the Treasury has so far approved £32bn of support for health services for the response to Covid-19, should have dominated this week’s announcements. However long-running issues – such as the virus’s impact in care homes and concerns about testing – continued to demand attention.

Unveiling his Plan for jobs, chancellor Rishi Sunak also set out the additional expenditure on public services that has been approved so far for the immediate response to the coronavirus. Of the £32bn approved for health services, £15bn is for personal protective equipment (PPE) – a massive figure when you consider the Department of Health and Social Care’s total resource budget for the year was less than £140bn (as set out in last September’s spending round).

The NHS Test and Trace service and its related programme, accounts for a further £10bn, while £1bn is buying the additional ventilators the service has needed and may need to support any future surge. The use of independent hospitals, the enhanced discharge process and extended opening of pharmacies and GP practices broadly pick up the rest of the tab. (See our Top story.)

The Treasury’s economic update also provided more details of the earlier announcement of an additional £1.5bn in capital funding this year. With just over £1bn of this being made available to invest in NHS critical maintenance and A&E capacity across England, the announcement was timely.

Despite the mini-Budget, the further relaxation of lockdown measures and the continuing downward trend in new cases and deaths from Covid-19, it has been another difficult week for the Westminster government.

The Public Accounts Committee’s report this week - NHS capital expenditure and financial management – once again raised concerns about the need to refurbish much of the NHS estate. Backlog maintenance stood at £6.5bn in October last year, with £1.1bn of this being deemed as high risk.

The committee was also insistent that the government needed to publish a capital funding strategy to support the NHS long-term plan. While the Department has launched its Health Infrastructure Programme promising 40 new hospitals, the long-term funding to support this is not yet in place and it is not clear what resources would be available for trusts not currently included in the programme.

The challenges facing the NHS in re-establishing normal levels of non-Covid activity were underlined in the latest performance figures from NHS England and NHS Improvement. Although more people came forward for emergency care last month, these are still a long way off pre-pandemic levels. The Nuffield Trust’s chief executive Nigel Edwards (pictured) said it was clear the NHS was still struggling to shake of the effects of the coronavirus. ‘The waiting list has fallen to the lowest level in two years, but the reasons behind it are not to be celebrated. Fewer patients are being added due to under half the normal levels of referrals from GPs, and the number of routine operations being carried out once patients are referred is down by around 50%. Cancer statistics are even more concerning, with a huge drop in in patients starting treatment after a screening test in May to less than a third of usual levels. The result is a story of two halves: growing unmet need outside of the system and much longer for waits for those inside.’

He added that the NHS could not meet demand before the pandemic and it was becoming ‘ever clearer that it will not be able to go back to business as usual’. The think tank has published a detailed analysis of performance data compared with previous years.

A number of data reporting streams have been put on hold during the initial phase of the virus response. However a letter from NHS England and NHS Improvement chief operating officer Amanda Pritchard this week started the process of reinstatement. Collections that are being restarted for the Q2 reporting period include: national clinical audits and outcome review programmes; referral to treatment patient tracking list; and ambulance clinical outcomes.

The government has been dogged with concerns and criticisms about its testing programme since the outset of the pandemic. Concerns about the paucity of tests available initially turned into accusations of overpromising and under-delivering as it set targets to ramp up the number of daily tests. A much-heralded app to support contact tracing efforts has still failed to materialise and the NHS Test and Trace service is still finding its feet.

These concerns continued to be expressed this week with a particular focus on the number of tests not being processed. Latest figures (as of 9 July) show there have been 11.3 million tests either processed or sent out across all four of the government’s testing pillars. Of these, just 8.5 million were processed in total.

The data suggests significant numbers of people have ordered a test online but not returned it or that tests are being lost in delivery. The government has been criticised for including posted tests in its daily testing total – helping it to meet self-set testing volume targets. And the figures suggest the real amount of testing that has been undertaken has been overstated.

Some weeks ago, the government suspended the publication of data showing how many people have been tested each day (alongside the number of tests undertaken), claiming there were technical problems. However, it has now confirmed that the reporting of these figures will not be recommenced.

The figures are useful for international comparisons – with many countries reporting the numbers tested rather than the numbers of tests delivered. However, commentators have suggested the data has been withdrawn because they confirm the government never hit its target to test 100,000 people a day. The government on the other hand insists that the statistic is no longer meaningful because of the high number of care workers now being tested on a regular basis.

The latest report on the NHS Test and Trace service continued to attract disappointment. Billy Palmer, senior research fellow at the Nuffield Trust described it as ‘leaky’ with a long way to go before it is ‘world beating’ as promised. Just 77% of the 4,347 people transferred to the service were reached and 76% of these provided details for one or more contacts. Just 71% of the 14,892 contacts identified were subsequently reached and asked to self-isolate.

‘Each week the percentage of people who could have been exposed to the virus asked to self isolate is falling,’ said Dr Palmer. ‘It is still likely that we are missing a large proportion of people in the first instance and of those reached we then lack key information which underpins the process. Data provided so far is opaque with no regional breakdowns or the numbers provided for those then following the advice and going on to self-isolate.’

The impact of coronavirus on social care also continued to be a major focus. Prime minister Boris Johnson annoyed care home professionals when he stated on Monday that ‘too many care homes didn’t really follow the procedures in the way that they could have’.

Health secretary Matt Hancock later tried to explain the comments – suggesting that Mr Johnson was merely explaining that no-one knew the correct procedures at the time because asymptomatic transmission was not known about. However, the prime minister’s comments drew an angry response from care home representatives. 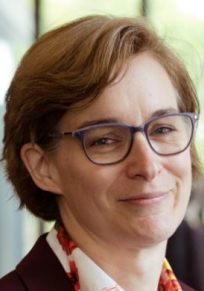 The National Care Forum’s executive director Vic Rayner (pictured) said the comments were ‘neither accurate nor welcome’. Guidance had been issued in stops and starts, with much of it not understanding the operational implications of operating care services. ‘He is right that organisations need more support from government, but that support needs to start with him recognising the vital work of the sector, and turning the dial up on reform, and down on blame,’ she said.

And Mark Adams, chief executive of social care charity Community Integrated Care, described the comments as ‘cowardly’ and a ‘travesty of leadership’. ‘To get a throw-away comment almost glibly blaming the social care system and not holding your hands up for starting too late, doing the wrong things and making mistake after mistake is frankly unacceptable,’ he told Radio 4’s Today programme in an emotional defence of the sector.

Mr Adams later warned that the care sector faced critical times. Many providers were on a financial cliff edge with funding levels meaning contracts could only be fulfilled with a minimum wage workforce.

The prime minister has committed to developing a cross-party solution to fund and reform the sector properly and last weekend NHS England chief executive Sir Simon Stevens said the Covid-19 pandemic should be used to push ahead with these plans. ‘The reality is that after at least two decades of talking about it, we do not have a fair and properly resourced adult social care system with a proper set of workforce supports,’ he told the BBC’s Andrew Marr Programme. ‘I would hope that by the time we are sitting down this time next year that we have actually, as a country, been able to decisively answer the question of how we are going to fund and provide high-quality social care for my parents’ generation.