The Office for National Statistics has debunked claims that only 17,000 people have died from Covid-19.

Despite this, some fringe news outlets – amplified by social media – have been claiming that these figures cover people who die with Covid not of Covid. Their apparent evidence is an Office for National for Statistics Office freedom of information request last year which asked for mortality figures where Covid was the sole cause of death. This was given as 17,371 up to the end of quarter three 2021.

But, as ONS head of health and life events analysis James Tucker explained: ‘Taking this to mean the “true” number of people dying from Covid-19 misses some crucial context.’ He said that the claim was ‘both factually incorrect and highly misleading’. In fact, since the start of the pandemic around nine in 10 deaths involving Covid had been due to Covid-19. 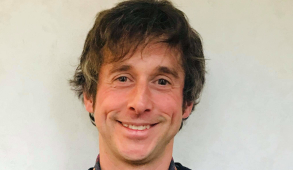 ‘There is a huge range of pre-existing conditions that can be listed on a death certificate, from heart disease and cancers to obesity and heart arrhythmias,’ he said. ‘More than 140,000 deaths have been due to Covid-19, meaning that it has been determined as the underlying cause.’ (These are figures for England and Wales only.)

He added that excluding individuals with any pre-existing condition from the total number of deaths due to Covid ‘greatly understates’ the number of people who have died from the virus and who might still be alive had the pandemic not occurred.

Office for Statistics Regulation director-general for regulation Ed Humpherson welcomed the clarification. ‘This is a good example of a producer standing up for its statistics, being visible and trying to prevent misuse and misunderstanding,’ he said. He pointed out a blog from January 2021, which, while the figures quoted were out of date, provided a good explanation of how death figures are reported.

Covid-19 infections in England may no longer be reducing as rapidly as they were in early January, according to the latest results from the React 1 study.

The Department of Health and Social Care-commissioned study by Imperial College London takes swabs from 100,000 people across England each month to show current levels of infection. The findings show that about one in 23 people were infected during this period – some 4.4% of the population – the highest level of infection since the study began in May 2020. It was also three times higher than figure from the December round.

More detailed analysis of the trends in the data suggest that infections peaked close to 5 January. They then fell before flattening off at a very high rate by mid-January. Infections decreased in adults but rose in school children. Five- to 11-year-olds had the highest number of infections with one in 13 testing positive. Infection levels were lowest for those over 75, with just one in 41 having the virus, although this represented a 12-fold increase compared with December.

Self-reported data suggested that two-thirds of infections were in people who had had an earlier Covid infection. However, some of these positive results could be due to the sensitivity of the PCR tests picking up a recent infection rather than representing a re-infection.

Paul Elliott, a professor from Imperial’s School of Public Health, said the rapid drop during January was good news. ‘But [infections] are still extremely high and may have recently stalled at a very high prevalence,’ he said. However, the increasing prevalence among school children and the rise in older people were concerns.

‘It’s therefore vital that we continue to monitor the situation closely to understand the impact of the Omicron variant, which now makes up almost all infections in the country.’

There is clear evidence at a national level that the latest wave of Covid-19 is moving past its peak. Cases have reduced from their high in early January and there have been reductions in hospitalisations and patients in hospital at the national level. However, the NHS Confederation warned this week that there were regional variations and the NHS continued to be under immense strain.

Staff absence has been a major problem for NHS providers throughout January. There were 5,000 fewer absences in acute trusts in the most recent week on average (72,077) compared to the previous week (77,217). However, Covid accounts for more than 42% of these absences, adding significant pressure on trusts’ ability to provide care.

The number of patients arriving by ambulance rose to 85,467 for the week ending 23 January – the busiest week this winter and nearly 16,000 of these involved delays of over 30 minutes – almost one in five of all arrivals. The number of patients fit for discharge but unable to leave also increased this week, further increasing pressure. 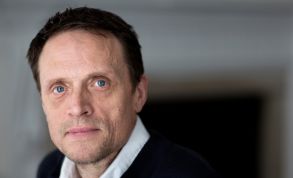 ‘These figures once again show that the NHS is coming under real strain with hospital beds still very full and although the percentage increase is small there is a worrying uptick in the number of children needing to be admitted to paediatric beds,’ said Matthew Taylor (pictured), the confederation’s chief executive.

‘While it is encouraging to see staff sickness rates continuing to come down, this is from a very high level and with over 40% of staff still absent because of Covid our members are reporting ongoing difficulties in filling capacity and plugging gaps in staff rotas.’

The confederation also drew attention to data on primary care showing there were 29.1 million GP appointments in December, including 3.9 million Covid vaccination appointments. This is a drop from the November figure of 34.6 million, but 4.6 million higher than in December 2020. More than 60% of appointments were estimated to be face to face.

Mr Taylor said this was evidence of how hard primary care colleagues were working, despite also being blighted by staff absences. General practice staff absences were one of the key pressures highlighted in a feature in The Guardian this week. It focused on three months in the life of Cheshire GP Laura Mount. The moving account describes how exhausted practice staff have continued to meet patient demand, exacerbated by increasing waits for hospital treatment, while also playing a full role in the vaccination programme.

‘As Plan B restrictions lift and as we approach the two-year anniversary of the first confirmed coronavirus infections in the UK, we would do well to remember that this virus has not gone away,’ Mr Taylor said.