Where in Europe will the pandemic hit hardest in the coming months? Meanwhile new analysis of vaccine safety is good news for pregnant women. And report looks for lessons in digital adoption post-Covid. All in this week’s suggested reading. The World Health Organization this week warned that a further 700,000 people could die of Covid by March in Europe and parts of Asia – covering 53 countries in WHO’s so-called Europe region. It also warned of ‘high or extreme stress’ in intensive care units in 49 of the nations by March 2022. Austria has already reintroduced lockdown measures and a number of countries are increasing the pressure for their populations to get fully vaccinated.

The concerns for Europe were underlined in a new study from researchers at the London School of Hygiene and Tropical Medicine, published earlier this month. It estimated the potential remaining Covid-19 burden in 19 European countries by estimating the proportion of each country’s population that has acquired immunity to severe disease through infection or vaccination.

The study takes account of the numbers in each age group with naturally acquired immunity; those with vaccine-induced immunity; and the age structure of the population.

Its conclusion was that the potential remaining burden in terms of hospitalisations and deaths across Europe was substantial. For the 19 countries examined this could amount to more than 900,000 hospitalisations and 300,000 deaths. However, the potential burden varies considerably between countries. For example, the maximum overall remaining hospitalisations per 100,000 individuals ranges from 62 in England to 840 in Romania. This reflects the combination of high vaccine coverage and high prior levels of exposure in England and the low vaccine coverage, particularly among older people, in Romania.

For deaths, the range is estimated to be from 19 per 100,000 for England to 360 for Romania. Apart from Romania, countries with a combination of lower vaccine coverage among older age groups, relatively low prior exposure and older populations have the highest maximum remaining burdens. This includes: Austria; Finland; Germany; Greece; the Netherlands; and Slovenia.

The estimates are based on a complete lifting of non-pharmaceutical interventions and a return to pre-pandemic contact levels and so represent the maximum burden countries could face in the short term. However, it makes no allowance for new variants that could escape existing vaccines. This week, concerns were growing about a new Covid variant

New analysis by the UK Health Security Agency has reinforced international evidence that Covid-19 vaccines have a good safety record in pregnant women. The first data published in England has shown that women receiving Covid vaccines had good birth outcomes. 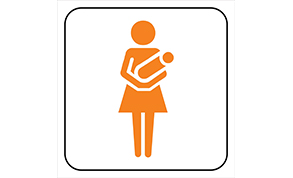 Just over 355,000 women gave birth in the eight-month period between January and August this year, with nearly 25,000 receiving at least one dose of Covid-19 vaccine before delivery. The analysis found that there is a similar very low risk of stillbirth, prematurity and low birth weight in vaccinated and unvaccinated women. However, people who are vaccinated are far more protected against serious Covid-19 infection than those who are unvaccinated.

Some of the small differences could also be attributed to the different make-up of the groups – with the women first eligible for vaccination likely to be older or to have an underlying medical condition. These groups have a higher general risk of outcomes such as prematurity.

The analysis also revealed that women in the most deprived areas were least likely to have been vaccinated before they gave birth. Just 7.8% of women living in more deprived areas of England had a vaccine while pregnant, compared to 26.5% in less deprived areas. There was also differential uptake of the vaccine across ethnic groups. Pregnant women of black ethnicity were the least likely to be vaccinated at the time of birth (5.5%), followed by women of Asian ethnicity (13.5%) and mixed ethnicity (14%), with women from a white background the most vaccinated (17.5%).

Vaccine coverage in pregnant women increased as more women became eligible for vaccination, with 22% of women giving birth in August having been vaccinated.

Mary Ramsay, head of immunisation at UKHSA, said the new information should reassure pregnant women who had not yet been vaccinated. ‘Every pregnant woman who has not yet been vaccinated should feel confident to go and get the jab, and that this will help to prevent the serious consequences of catching Covid-19 in pregnancy,’ she said. ‘This accumulating evidence will also allow midwives and other health professionals to provide better information to pregnant women and help to drive uptake higher.’

Digital health has gained renewed emphasis and urgency during the Covid-19 pandemic after years of slow progress. A new report from the Nuffield Trust this week said it was clear that technology will play a key part in recovery from the pandemic but that systems needed to understand the factors that lead to success.

The report – Fit for the future: what can the NHS learn about digital health care from other European countries? – looks at five European countries’ approaches to adopting digital technology and tries to identify lessons for the NHS. The five countries were: Denmark; Finland; Sweden; Estonia; and Portugal.

In particular, Covid-19 has seen the increased use of remote consultations across Europe. Many already had the structures in place to enable these consultations before the pandemic. Sweden, for example, had a long history of using telemedicine, but this expanded over the last 18 months. Previously it was mostly used in specialised care or in remote parts of the country and was driven by private care providers. However, since Covid, there has been a push for regions to launch their own online services.

In Denmark, a platform was already in place for virtual consultations – with additional capacity to enable multiple consultations to occur simultaneously. There has also been increased use of existing digital tools, as they were used for booking tests and getting results. The hope is that this increased use will continue into the long term.

Interviewees for the report felt that the pandemic had helped to change attitudes towards the use of technology among patients and healthcare professionals, as it had enabled them to see the benefits – previously, digital solutions had been seen as second best.

Those countries making significant progress had an overarching digital strategy in place, with digital health being inseparable from the wider approach to digital in public policy and society. Governance and leadership were also important and digital solutions need to be co-designed and implemented collaboratively with end users. There was also a recognition that the requirement for investment over the longer term was challenging when healthcare is financed through short-term annual budgets.