The NHS is potentially facing a hidden backlog in demand as it emerged that there were 4.7 million fewer people referred for routine hospital care between January and August this year compared with the same period in 2019.

Analysis by the Health Foundation referrals for consultant-led elective care fell by 34% over the period. It was unlikely this drop in demand was because the need ‘simply disappeared’, the foundation said. The foundation’s report said it was likely Covid-19 had created pent-up demand due to a range of factors, including GPs being unable to refer patients to suspended services and patients being more reluctant to seek care. 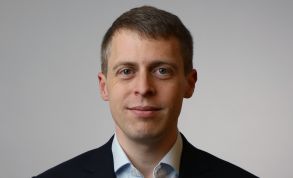 The foundation called on the NHS and policymakers to plan to address the backlog, together with treating the 4.35 million patients already on the waiting list for elective care.

London saw the largest drop in referrals (37% compared with 2019), followed by the North West and South East (both 35%). The smallest reduction was in the South West (29%). Perhaps unsurprisingly, the regions with the lowest rates of Covid-19 have made the greatest progress in reopening elective services, the foundation said.

Tim Gardner (pictured), Health Foundation senior policy fellow and one of the report’s authors, said that the NHS was rightly focusing on fighting Covid, but unmet need was growing and without a sustainable solution would significantly impact on people’s health.

‘The NHS made significant progress towards fully reopening services after the first peak of the pandemic, but there is still a potentially huge hidden backlog, as the health service is undertaking far fewer routine procedures compared to last year. While the NHS is working hard to address the backlog, radical interventions will nonetheless be needed to avoid prolonged delays for those currently waiting for things like hip, knee and cataract surgery, as well as those not yet on any waiting list,’ he said.

'There is no silver bullet – addressing these issues will take time, money and determination. A range of options should be explored – including making greater use of the independent sector, greater use of remote consultations, and creating dedicated diagnostic hubs and elective care centres. If no action is taken, long waits could become the norm for millions of people.'

The news about the fall in referrals came as trusts are postponing some elective activity in the face of rising Covid hospitalisations. On 11 November, the figure for Covid-related patients in hospital stood at nearly 12,000 in England, compared with just over 10,400 a week earlier. NHS England has yet to respond to questions about whether they intend to apply the elective incentive scheme – which could penalise systems that fail to meet activity recovery trajectories.

NHS Providers deputy chief executive Saffron Cordery said the sharp drop in referrals shown in the Health Foundation research was concerning, but some disruption was inevitable. She added: ‘It's vital that people know the NHS was, is, and will remain there for them. It never became a Covid-only service.’

Trusts had been working hard to restore services and catch-up on some of the backlog. Ms Cordery continued: ‘They are also keenly aware of the prospect of pent up demand, which in some areas such as mental health is already becoming evident, and will increasingly come through on top of the challenges of coping with Covid and dealing with added winter pressures.’