The significant impact of Covid-19 on NHS costs and productivity has been underlined by the publication of national cost collection (NCC) data for 2020/21, although there are concerns about the accuracy of the data.

NHS England said the late release of the NCC data – some eight months after former annual reference costs were traditionally published – was due to responding to the ‘unprecedented changes in the cost data caused by the pandemic’.

The initial pause on elective activity in the first few months of 2020/21 – followed by the reintroduction of planned activity undertaken within reduced capacity – can be clearly seen in the data. There were major reductions in the reported activity levels for elective inpatients, down to just over 735,000 compared with nearly 1,180,000 in 2019/20 – a 38% reduction. And day case activity also fell by a similar proportion to just over 3,768,000 from the previous year’s level of nearly 5,880,000. 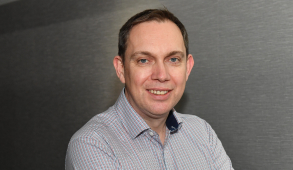 Non-elective inpatients continued at a similar level to the previous year, with just over 4 million patients seen in 2020/21, representing a 2% increase on 2019/20.

The fall in elective inpatient activity is matched by an inevitable increase in unit costs. This will in part reflect the significantly higher costs of infection prevention and control measures and temporary staffing costs needed to cover increased Covid-related staff absences. But it is also driven in a major way by the fact that largely fixed costs, including workforce salaries, have been spread across a reduced activity base. The average cost of an elective procedure increased by almost 50% to £6,889, with average day cases seeing a similar increase in cost to £1,192.

There were also increases in the costs of non-elective inpatients, although the average cost of £4,842 represented a slightly smaller 38% increase.

Ophthalmology and orthopaedics activity levels were particularly hard hit. Looking at one of the healthcare resource groups for hip replacements (HN24C, Intermediate knee procedures for non-trauma, 19 years and over, with complexity and comorbidity score 0-1), there was a 54% fall in activity, which translated into a 67% increase in unit cost. And the 162,000 basic cataract operations in 2019/20 (BZ34C, Phacoemulsification cataract extraction and lens implant, with CC score 0-1) fell to just over 76,000 in 2020/21 – a 53% reduction leading to a 68% increase in unit cost.

The data publication also includes details of Covid treatment costs, although this is likely to only include patients admitted specifically for Covid treatment, not those where Covid was a secondary condition. The Covid healthcare resource groups and corresponding diagnosis codes were introduced rapidly at the onset of the pandemic and will not necessarily have captured all activity.

According to the cost publication, the average cost for an adult (over 18 years) with Covid infection and major manifestations was £4,507, falling to £2,771 for a less serious case. In total the cost data covers nearly 500,000 adult Covid inpatient cases and just close to 3,700 cases for those under 18 – highlighting the lesser risk posed by the virus to children and teenagers. However around 175,000 of these were classed as short stay non-elective admissions, typically meaning a length of stay of zero or one day.

By comparison, the government’s Covid dashboard shows there were around 430,000 Covid hospital admissions across the UK in 2020/21.

Unusually, NHS England has not published any analysis or commentary alongside this year’s delayed NCC data. However, costing practitioners had warned that the costing data for 2020/21 would be hard to interpret and difficult to use to inform national unit costs/prices or in any benchmarking. They said there would be inevitable distortions in reported costs due to the major changes to service delivery at the onset of the pandemic and challenges in accurately allocating costs to specific patients.

In early 2020/21, there were major redeployments of staff to support Covid hospitalisations – orthopaedic surgeons reassigned to Covid wards, for example – but these were not always captured in data flows, making it difficult to assign costs accurately. In these cases, the costs may have continued to be allocated to orthopaedic surgery, as detailed in consultant job plans, rather than to the areas where they were actually working.

Referring to the late publication, NHS England deputy chief financial officer Peter Ridley (pictured) recently acknowledged that costing data needed to be published faster to be useful. He told the HFMA summer conference that publishing data ‘a good 18 months after the event is probably not the most useful way of using costing data.’

He also eased costing teams’ concerns about the possibility that trusts would in future be required to submit more frequent patient-level cost returns. He acknowledged that many places did not have the ‘teams or the resources’ for more regular cost collections and that trying to do more of the same was ‘missing the point’. Instead, he suggested that future costing developments would be focused on supporting local decision making, and that central requirements for costing data would take a secondary role.

However, the latest NHS England costing newsletter this week was silent on next steps on more frequent cost collection or how the costing methodology could change to rely more on local costing models. Costing practitioners are also awaiting further clarification on the status of mental health clusters for use in reporting mental health costs. There has been confusion over the issue following earlier announcements that mental health clusters were no longer a mandatory currency for payment purposes.

HFMA blog The value of costing