The NHS has welcomed measures that aim to reduce the burden on finance teams as the service focuses on treating patients with the Covid-19 coronavirus. 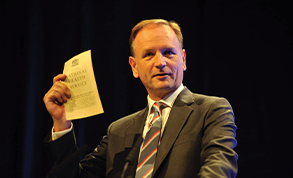 A temporary finance regime – that will operate for the first four months of the new financial year – was announced on 17 March. The operational and financial planning process for 2020/21 was suspended, as was the payment by results payment mechanism. Instead, commissioners and providers are required to agree block contracts covering the period from 1 April to 31 July.

Funding for providers will be based on a minimum guaranteed income, calculated by NHS England and NHS Improvement, with top-ups based on additional Covid-19-related expenditure.

To help reduce the burden on finance departments, the Treasury has agreed to defer implementation of IFRS 16 Leases until April 2021, while the deadline for final submission of annual reports and accounts has been delayed by almost a month.

NHS chief executive Simon Stevens (pictured) said there was no doubt the NHS would come under severe pressure as the outbreak intensifies over the coming days and weeks. The scale of the action being taken was bigger than anything in the service’s history.

‘I don’t think in the history of the NHS there’s been anything like it. The nearest parallel I can think of, certainly in terms of the fantastic work being done across London, is the way London hospitals and emergency services came together during the second world war.

‘The reality is that is now playing out across all services across all parts of the country,’ he told the NHS England and NHS Improvement board meeting in common on 26 March.

‘This is a unique moment in the history of the NHS. Every country is being confronted with this and it is putting great pressure on our frontline staff, who have responded brilliantly.’

He added the pandemic was also driving a lot of changes that may turn out to be positive. Changes in the NHS long-term plan, such as fewer face-to-face outpatient and GP appointments through the greater use of video technology, were likely to happen more quickly.

Senior trust finance staff described the decision to defer the implementation of IFRS 16 as ‘sensible’ and ‘pragmatic’.

Trusts reported that they were urgently developing ways of tracking and collecting costs related to Covid-19.

Finance directors agreed with the need to maintain financial control and reporting so that, when the NHS returns to normal operation, they can account for their expenditure.

The HFMA has moved swiftly to support the finance community, publishing a number of guides and briefings, including on Covid-19 financial governance and a summary of the temporary financial regime. 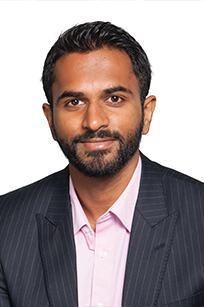 ‘The national bodies have acted quickly, which should be welcomed, so the NHS can focus on tackling Covid-19.’

He wondered if it would be sensible to extend the temporary finance regime until the end of the financial year, rather than trying to operate two systems in 2020/21.

Eleanor Roy, CIPFA health and social care policy manager, said the decision to delay the deadline for audited accounts and the temporary finance regime would give finance teams the flexibility they need to focus on supporting the frontline response.

‘This will allow them to ensure that access to money is not obstructing or delaying the response to the outbreak, maintaining essential functions to support the front line, such as payroll and procurement,’ she said.

Mr Anandaciva said there may be unexpected insights gained from the enforced break in the financial framework.

‘It might highlight just how complex the financial architecture has become in recent years. It could also reveal to what extent this complicated basket of incentives is actually needed to improve clinical and financial management.’

He added that the temporary regime could accelerate some planned changes, such as the move from largely activity-based to blended payments. But he raised questions about whether existing financial targets – such as the pledge that every organisation will achieve balance by 2023/24 – could still be met.

He said: ‘We shouldn’t automatically assume that the old system, including the Financial Recovery Fund and contract sanctions, should be recreated after the NHS comes through Covid-19.’

NHS Providers has raised a number of issues relating to frontline care, including the need to test staff, allowing a swift return to work for those who are symptom-free but are isolating because someone they live with is displaying symptoms.

The NHS has struggled to provide enough PPE (personal protective equipment) to frontline clinicians, although it is understood that the situation improved after 23 March, with the army drafted in to help with logistics.

The board meeting in common heard that supplies had now shifted to a push model – where the centre estimates NHS trust needs and delivers this to them, rather than waiting for the organisations to order supplies.

There has also been some confusion over the type of PPE needed. The board heard that the NHS guidance was in line with the World Health Organisation, but there were some differences. It was important staff were confident in the PPE they were using so the NHS guidance is being independently reviewed, with the outcome available very soon.

The NHS England and NHS Improvement joint board heard that the number of trusts reporting a financial position worse than plan had halved compared with the same point in 2018/19.