Proposals for a revised payment system would mean the whole NHS in England using the same approach, but even more radical changes could lie ahead.

From the outside, it may look like the development of a new payment system for the NHS in England has been quietly side-lined. A temporary financial regime based on block contracting was introduced in April 2020 in response to the Covid-19 pandemic. More than a year later, the core of that system remains in place and will do so until at least September. 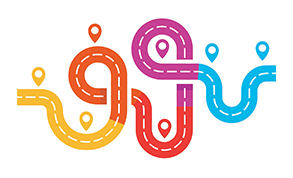 But NHS England and NHS Improvement have not abandoned a new approach to financial flows and argue that their ‘tariff’ proposals for 2021/22, which could kick in this autumn, in fact represent a big step forward from previous systems.

‘The policy proposal for 2021/22 is actually quite radical,’ says Sam Stringer, senior payment policy manager at NHS England and NHS Improvement. ‘It would move almost the whole system away from activity-based payments and the same approach would apply to all providers.’

And the future could be more radical still. Among options being considered, and discussed with a range of stakeholders, the national payment team may in time focus on supporting ICSs as local areas develop local payment arrangements, rather than mandating national prices.

There remains a legal requirement for NHS England and NHS Improvement to publish a national tariff, although the Health and Social Care Bill, which will come forward during this Parliamentary session, will amend legislation ‘to support the right financial framework for integration’. In many ways it is much easier to see what the NHS will move away from in terms of payment systems than it is to see where it is heading.

The national tariff was in part designed to implement a system of payment by results or payment by activity. It can trace its earliest introduction back to 2003/04 and is recognised as having incentivised acute trusts to increase activity as part of a funded, major push to reduce waiting lists and times. But it also had significant flaws.

For a start, it tended to only set prices for acute activity, leaving major parts of the NHS using the tariff’s local pricing rules to agree block contracts for their income – with funding not changing with increases in activity. Significant efforts to develop a currency for mental health and move to some form of tariff system have not been as successful as hoped.

Meanwhile the tariff for acute activity developed into a complex system of core prices, differential tariffs, add-ons for meeting best practice standards – all wrapped in locally agreed caps and collars to ensure affordability. Perhaps its greatest problem was that it was actively seen as an obstacle to transforming care delivery.

While there has been a stated aim to increase service provision in primary and community settings, avoiding the need for subsequent acute episodes, the payment system often stood in the way. Moving activity from acute to community would imply a loss of income for acute providers at full tariff rates, despite a provider often having fixed costs that could not be reduced quickly.

Activity-based payments have largely been on hold since the pandemic began. However, the block payment arrangements introduced in their place have provided a new starting point. Add in an increasing focus on system finances, and going back to payment by activity as the main payment approach is not considered to be appropriate.

NHS England and NHS Improvement had already been talking about introducing a system of blended payments (part fixed, part variable) on a service-by-service basis, beginning with the 2019/20 introduction of blended payment for urgent and emergency care. But now the plan has been accelerated, with an aligned payment and incentive approach proposed as the default payment approach for almost all services. As things stand (and subject to the result of the consultation on the 2021/22 tariff proposals), this would come into effect in the autumn once the temporary finance system comes to an end – if there is no further extension to the temporary arrangements.

In one fell swoop, the NHS would have a single payment system that covers all of secondary care – or at least as a default mechanism. 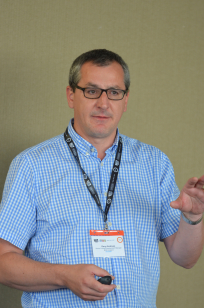 The NHS long-term plan sets out the longer-term goal for payment systems – replacing activity-based payments with population-based funding. ‘When you talk about population-based funding, people start to think about population segmentation and capitation,’ says Gary Andrews (pictured), head of payment policy at NHS England and NHS Improvement. But he says feedback from the service suggests that another way to interpret it would be a payment system that focused on pathways.

This doesn’t necessarily mean the centre is thinking about replacing acute episode tariffs with a series of whole pathway tariffs – there is too much variation in pathways across the country and a single tariff price could be too destabilising. But it is interested in developing payment mechanisms that do not provide an obstacle to redesigning a pathway that delivers the best value – measured in outcomes and costs – across a whole system.

At the same time, it seems unlikely to step away from having a common payment framework in place altogether – leaving local systems to all do their own thing. There is still a need to be able to use the payment system to reinforce national priorities and a recognition of the importance of information on activity, costs and outcomes.

Payment by results has driven improvements in counting and coding. NHS England and NHS Improvement want to build on this, not lose ground, with information such as pathway benchmarking key to future service improvement and redesign.

Developing a future payment system that involves flexibility within a defined framework is one of the approaches being considered.

The proposed new aligned payments and incentive system would be a first step towards this more flexible approach. It will involve commissioners – initially clinical commissioning groups and NHS England, but integrated care systems from next April – agreeing contracts for agreed volumes of activity at a fixed price. At first, this could involve simply rolling forward the previous year’s contract, which for acute providers may mean that their fixed price has its roots in activity times price. But options are being weighed up to support, over time, the fixed element being based on an understanding of local costs not national prices – potentially taking into account prospective costs as well as historical ones.

A variable element can provide for activity over an agreed baseline and, for 2021/22 it is proposed that this would be used to support increased elective activity and quality (via best practice tariff and CQUIN attainment). The default variable element design continues to use nationally produced prices for 2021/22, with payments or reductions set at 50% of the price.

‘The aim is to nudge providers towards thinking about how to use their CCG allocations to get the best value for their populations and about how to manage resources across whole systems,’ says Mr Andrews. 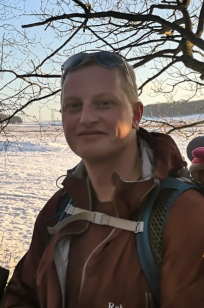 There is an acknowledgement that payments systems are unlikely to drive clinical behaviour or pathway redesign on their own – but they do need to support (or not get in the way of) any changes. Mr Stringer (pictured) says there are examples across the NHS where services are already thinking more broadly about patient needs.

For example, a cancer patient might be called with an offer of holistic support for their cancer journey. ‘Services such as these, which can reduce burden on urgent and emergency care and other over-stretched services, have often struggled to gain traction within a payment by results environment, since more traditional approaches have been easier to build a business case for,’ he says.

But there are also examples where the focus is completely on the here and now. For example, a patient presenting with a possible cardiac issue and being discharged with no treatment plan or suggested follow-up. The service needs to be thinking about the whole patient journey and the payment system needs to support this.

Consistency across all settings is a key feature. ‘We don’t want to replace a fragmented payment system – with one part of the system being paid one way and another part being paid another way and it driving all the wrong things – with a different fragmented system,’ says Mr Andrews.

‘We are considering how any framework could be quite flexible using fixed and variable elements,’ he adds. ‘There may need to be a national default if you can’t agree something locally, but we are looking at how best to add value and what range of information would be most useful.’

For example, it might be that there is national benchmark information for specific pathways – across community and acute settings – covering the resources used, activity and outcome data. Or there could be a similar analysis by population group – for example if a system wanted to focus on frailty for example.

‘We are considering whether our focus might be on producing a whole toolkit of information to support the national payment system rather than just a set of single prices – we want to be able to help people redistribute resources or manage in a more effective way,’ he says.

The acute tariff system sometimes created cliff edges when pathways were redesigned and this needs to be avoided. Mr Andrews says that any future payment framework and supporting benchmarking data, linked to costs, should help systems to identify a preferred pathway model and allow for the new model to be put in place over time. ‘Costs won’t change overnight so systems will need to be able to plan for any investment or disinvestment,’ he says. ‘For example, if we can provide benchmarks not just for point price, but a bit of description explaining that it has taken say three years to develop a proactive care model, systems could plan how to grow or shrink services over the period.’

The broader financial framework has already moved to have a greater system focus. For example, systems – not specifically providers – stand to gain from the Elective Recovery Fund if they exceed pre-set activity thresholds.  ‘Often the best way to manage elective activity is to manage non-elective activity,’ says Mr Stringer. For example, frequent admissions of patients with long-term conditions can take up more capacity than planned and disrupt elective programmes. So, hitting elective targets may be more about earlier intervention for patients with long-term conditions than it is about doing more hips and knees.

And while there are many patients on waiting lists already, most of those who might require elective care over the next decade aren’t yet on those lists. That means there’s still opportunity to provide more early intervention via joined up care and supported self-management in the community, reducing the growing burden of elective care while also improving patient outcomes.

The payment system needs to make sure it supports this system focus. However, there is a long way to go. Although they are currently in development, the service still lacks agreed currencies for mental health and community services, which would be crucial for benchmarking and providing contracts that do something more than roll forward previous block payments.

And there will always be a timing issue between paying for current levels of activity and moving funds to other parts of the pathway. But NHS England and NHS Improvement recognise that it is essential to have a payment system that will help to move the focus onto the whole patient journey. 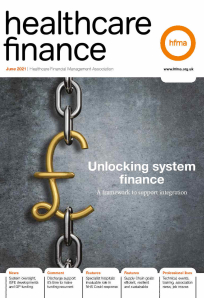