The science of genomics is having an increasing influence on health and wellbeing. Whether it be identifying new Covid-19 variants, or adverts offering tests to discover hidden genetic abnormalities, the uses of genomics are more widely known. Its profile has also been raised in the NHS, where the genomics service has developed rapidly in recent years, and is pushing into mainstream medicine. The Topol review in 2019 identified genomics as one of three major technologies that would lead to digital transformation of the NHS, alongside robotics and AI, and digital medicine. The review said the 100,000 Genomes Project (see box) would lead to widespread use of genomics across the health service. As such, genomics forms part of the HFMA’s project, supported by Health Education England, to raise awareness among finance staff of how digital technologies can transform services and drive value and efficiency.

The development of genomics will have an impact on diagnosis, ensuring problems are discovered sooner, leading to earlier intervention, less anguish for the patient and their families, and possibly avoiding costs later. Genomics can also affect treatment and its costs, through the developing field of pharmacogenomics.

In pharmacogenomics, a patient’s genome is analysed for genetic markers that could, for example, highlight a predisposition to potential side effects of medication, allowing clinicians to adjust doses and ensure more efficient targeting of drugs.

In 2013, the government launched Genomics England, led by Chris Wigley, ‘to unlock the power of DNA’ through the 100,000 Genomes Project, research and by working with the NHS to scale up the NHS Genomics Service. Genomics England is funded mainly by the National Institute for Health Research and NHS England.

As the NHS service has scaled up, genomic testing for a range of rare and inherited diseases, as well as cancers, has been available since 2018. The service will be developed incrementally, becoming more mainstream. But despite the work of both services, and the role it has played in tackling Covid-19, polls have found that the public is unfamiliar with genomics. Trust is also an issue, with people concerned about how their data is being used, who is using it, and who stands to benefit. Mr Wigley says Genomics England is determined to increase awareness and understanding, and has introduced public dialogue sessions and a podcast, The G Word.

Undoubtedly, the NHS would not be making its venture into genomics without the pace of change in genomic testing seen over recent decades. At the turn of the century, genome sequencing was too slow and too expensive to be used in a clinical setting, but since 2005 new techniques have been introduced. Not only have these sped up the process to a matter of days, but also reduced costs.

The US National Human Genome Research Institute has tracked the cost of sequencing a genome, which has fallen from $100m in 2000 to less than $1,000 in 2021. Genomics England says a whole genome can now be sequenced for less than £1,000.

The NHS Genomics Medicine Service (GMS) is nationally funded by NHS England (about £400m a year), which commissions a list of genomic tests, outlined in the National genomic test directory. It is supported by a network of seven NHS Genomic Laboratory Hubs (GLHs). The East GLH, like its six counterparts across the country, offers tests from the directory for rare and inherited disease and cancers, and specialist testing nationally in neurology and endocrinology.

East GLH clinical operations director Amanda Clarkson says the aim of the national service is to improve patient access to genomic testing and support the development of more personalised healthcare.

The GLH has three sites and is responsible for the East of England and East Midlands, covering a population of 8.3 million and 29 NHS hospital trusts. Currently, the East GLH carries out around 1,800 rare disease tests and 1,400 cancer tests across its sites each week and these figures are set to increase as new tests are being added.

The genomics testing process is much the same as any other diagnostic test. The patient’s doctor – most often a hospital doctor – requests a test, and takes the relevant sample. The most appropriate test (or tests) is then performed by the laboratory team and the results analysed by a clinical scientist. A report is sent back to the referring doctor, who can then take action. Specialist tests not undertaken by East GLH are sent to the appropriate laboratory as part of the GMS.

In complex cases, multidisciplinary teams meet to discuss the test result and implications for treatment with the referring doctor before the report is finalised. This streamlines the reporting process, ensuring intervention can be made as soon as possible.

‘Some tests have been around for a long time, so clinicians know exactly which tests to order,’ Dr Clarkson says. ‘But for some of the newer tests, such as whole genome sequencing, we engage with clinicians in advance of those tests coming on board to explain how to order the tests and the appropriate eligibility criteria.’

Whole genome sequencing can replace a series of tests, making it better for patients, more effective and potentially more efficient and cost-effective. Knowledge of specific parts of the genome can also help avoid an adverse drug reaction. ‘With pharmacogenetics, if you give the most effective medication, you reduce the likelihood of an adverse drug reaction, which again is more cost-effective,’ adds Dr Clarkson.

New tests can be added to the national test directory. In pharmacogenetics, in the past 12 months NHS England and NHS Improvement commissioned DYPD testing. The test highlights genetic variants that lead to deficiencies in the DYPD enzyme. Deficiencies in this enzyme can cause greater side effects in cancer patients who are taking common chemotherapy drugs. Armed with the genomic test result, dosing can be adjusted.

The East GLH began offering the test in April. ‘We have good uptake for this service, and on average perform 500 tests a month. There are more and more pharmacogenetic tests, helping to develop effective, safe medication tailored to the patient’s genetic make-up,’ Dr Clarkson adds.

There have been some delays in developing the service, Dr Clarkson says, many of which are due to the Covid pandemic, though, as always in the NHS, funding can be less than hoped for.

She continues: ‘This is a huge transformation programme, setting up new pathways and networks, discussing funding, and making sure it all happens to enable us to set up the infrastructure and provide the throughput in genomic testing. In this scale of service development, you have challenges and opportunities.’

Demand is rising, and the GLH would like to raise its capacity, especially at its main lab at Cambridge University Hospitals NHS Foundation Trust. More staff would be needed – Dr Clarkson says the Cambridge site has about 160 staff currently. ‘We are recruiting all the time. Nationally, there is a shortage of experienced clinical scientists, and the service is examining ways of improving that situation.’

Genomics is a developing area for the NHS and new tests are added to the directory regularly. There are limiting factors – principally capital and staff – but increasingly a patient’s DNA will be part of clinicians’ toolkit as they seek to provide more efficient, high-quality healthcare.

The short answer is no, though there are obvious crossovers. Genetics is the study of genes, a family history of traits and conditions that are passed from generation to generation. Generally, genetic testing has focused on individual parts of a person’s genetic material. Genomics, however, is the detailed study of all a person’s genes, or their whole genome. It looks at how genes interact with each other, and with the environment, and includes the study of complex diseases such as diabetes and cancers.

In genomics, a person’s DNA is sequenced, revealing the order of its four building blocks or base nucleotides, denoted by the letters G, C, A and T.

A human genome has about three billion nucleotides, and test samples are compared with a reference genome to pinpoint abnormalities.

The sequence allows scientists to determine, for example, which stretches of DNA contain genes, and which include information that turns genes on or off. The latter are protein-coding sections (exomes) and are important in diagnosis – the exome represents less than 2% of the genome, but contains most of the known disease-causing variants.

The project was created to sequence 100,000 genomes from NHS patients affected by rare diseases or cancers, and create a genomics medicine service for the NHS. Linking sequence data with diagnosis backs medical research, and has helped kick-start a UK genomics industry.

The project was announced in 2012, and Genomics England – a company wholly owned and funded by the Department of Health and Social Care – was set up the next year to deliver it. The 100,000th sequence was achieved in December 2018.

Scientists have been sifting through the information and have found actionable findings in up to one in four rare disease patients, while 50% of cancer cases analysed had the potential for a therapy or clinical trial.

There were big challenges – dealing with the volumes of data generated by sequencing, comparison with a reference genome, and determining the importance and meaning of differences highlighted.

Genomics England says the raw data from one genome is 200GB, close to a laptop’s capacity. Comparison with a reference genome would generate more data still. 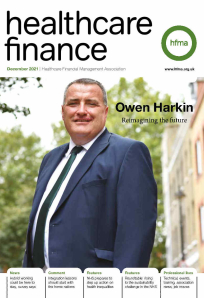 How can the NHS ensure the rapid introduction of digital first primary care remains in place once the pandemic is over?