Understanding the effect of Brexit on health

Understanding the effect of Brexit on health

On 1 January 2020, the UK’s exit from the EU legal order brought about the biggest legislative and constitutional change for decades. With a pandemic raging, this can feel like an abstract concern. But a noticeable impact at the frontline and on the balance sheet will emerge in time.

The relatively thin trade and cooperation agreement reached on Christmas Eve means paperwork for a whole range of EU processes is no longer valid in the UK, and vice versa. In the short term, the UK government has tried to head off shortages of medical devices and medicines by re-routing supplies and by simply continuing to accept EU certificates and authorisations.

In the long term, evidence from other trade agreements suggests that the added bureaucracy will start to tell. The University of Sussex’s Trade Policy Observatory estimated that a free trade agreement relationship with the EU would add around 5% to chemical and pharmaceutical prices.

The NHS may be able to hold down prices with controls like the cost-capping voluntary scheme and NICE cost-effectiveness tests. But this means costs will hit the balance sheets of companies instead, making them hesitate in introducing products to this market.

The UK will respond by using its newly repatriated powers to remain competitive both as a market and as a place for investment. But that carries risks. If we resort to watering down NICE technology appraisals, for example, we may end up simply paying more to compensate for the costs of our separate market, without getting any more for it.

In addition to goods, the free movement of labour also ended on New Year’s Day. For ‘skilled’ NHS staff, earning above certain thresholds for jobs that need qualifications, the new points based and ‘NHS visa’ system is quite open: even more so than the system that allowed over 10,000 non-EEA (European economic area) nursing migrants in 2019. However, Covid-19 has brought a year of historic slowdown in people coming to the UK. The fees and costs associated with the new system may prove a deterrent to the kind of acceleration we now need to see to catch up.

Meanwhile, people simply are not allowed to enter the country for roles paying below £20,000 and not requiring A-levels – however great a shortage exists. This includes most jobs in the social care sector, already seeing rising shortfalls over the last decade. It is within our power to change course, as many other countries with similar approaches have, but politics will be the deciding factor.

The impact of leaving the single market will reduce long-term room to deal with any of this through higher spending. The Office for Budget Responsibility believes the economy will now be around 4% smaller than it would be otherwise: unlike the impact of Covid-19, this is expected to be more or less permanent. Assuming this will feed through relatively directly into the public finances, that would amount to around £40bn less coming in each year by 2025.

There is likely to be a scramble to win back a better trading position through trade deals with other countries. These have a potential impact on medicines, health investments, flows of data, and even future possibilities like telemedicine across borders. The health sector will need to think carefully about them. Simplistic claims that the NHS will never be affected are not realistic, or even desirable.

One source of relief is that the agreement with the EU secures continued access to the European Health Insurance Card (EHIC), now to be rebranded as ‘global’. In addition to its benefits for travellers, this will allow the NHS to keep claiming back the costs of treating travellers directly from EU countries, rather than dealing with individuals or complicated treaties with individual states.

Notably, however, the non-EU single market countries of Switzerland and Iceland are not covered. The agreement even preserves the rights of a UK citizen to have treatment in the EU funded by the NHS ‘where that person cannot be given such treatment within a time limit which is medically justifiable’.

As Covid-19 eventually ebbs away, its legacy will be joined by the settling reality of Brexit. The new world will mean more is required of health services which often have fewer resources - but who also have more radical options on the table than in the quieter years before.


Mark Dayan will present an HFMA webinar on Friday 12 February. Register for free now or get more details. 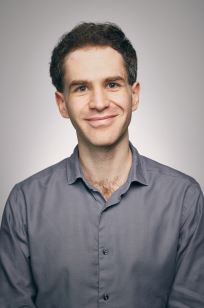 The HFMA’s response to the NHS provider selection regime consultation