Time for courage on prevention

Time for courage on prevention


The NHS long-term plan sets out an ambitious programme to transform the NHS with a new service model focused more on prevention and support and delivering joined-up care at the right time in the optimal setting. This summer, the HFMA has invited a number of commentators to address some of the key issues, challenges and opportunities in the plan. This week the focus is on prevention and public health.

When will we start to take prevention seriously, such that it becomes part of NHS ‘must dos’ alongside balancing the books and meeting waiting time targets?

This is fast becoming a financial imperative.  A number of recent projections, for example from the Institute for Fiscal Studies/Health Foundation, the Darzi Review, and the Nuffield Trust, illustrate that the funding gap for the NHS is likely to widen in the future.  A large part of the pressure driving the funding gap is future demographic changes and a larger number of people living with one or more chronic illnesses.

The Five-year forward view proposed a ‘radical upgrade’ to prevention as a way to change this, but we have yet to see a serious focus on prevention in the NHS – something which we look forward to being addressed now through the NHS long-term plan.  On current funding trajectories, one thing is abundantly clear: things have to be done differently.

There is much to be done to win hearts and minds.  A recent Centre for Progressive Policy report noted that the NHS long-term plan contains only a ‘limited discussion about prevention and, notably, no reference to social determinants’.  The report suggests the need for an NHS prevention budget within which ‘money should be ring-fenced for addressing the social determinants of health’.

These may be seen as radical suggestions by some, but they are in fact wholly in line with an NHS long-term plan that places a strong emphasis on health inequalities.  As a huge employer and procurer of services, the NHS can play a significant role in making a disproportionate difference in deprived areas.  We need to see real progress on this over the next five years.

In the 2000s, the Wanless report warned that unless we took prevention seriously, we would be faced with a rapidly rising burden of avoidable disease. While some outcomes such as smoking rates are lower than predicted despite recent funding cuts, we are still far behind where we could be in terms of overall prevalence and progress towards a ‘smoke-free’ society.

The same is true in relation to other major areas such as obesity, which impact significantly on wider economic productivity as well as the health and social care system.

One of the leading factors putting strain on the NHS (equating to around 2% per year) is demographic pressure. While life expectancy is higher than it was at the turn of the century, healthy life expectancy has not increased at the same rate. Although at every age, people are on average healthier than they used to be, as people live longer the number of years spent in poor health has increased.

The ageing population is also likely to drive an increase in the number of people with specific conditions such as diabetes, sensory conditions, and musculoskeletal problems. Many risk factors for these diseases are preventable, and hence the scale of the prevention challenge is huge. The NHS long-term plan must address this and mark the start of doing things differently.

There is increasingly a wealth of evidence that investing in prevention and wider public health initiatives is a cost-effective approach and/or delivers a strong return on investment.  Public Health England has also summarised much of the available evidence in its interactive Health economics evidence resource.

Despite all of this evidence, there remains a reluctance to take the plunge and shift the pattern of spending towards prevention.  This is for understandable if not excusable reasons.

First, patients waiting for treatment are visible to local and national politicians; young obese children at risk of diabetes and future heart disease are not.  Second, the system as yet does not sufficiently incentivise prevention: we continue to reward hospital providers for dealing with activity that we all agree we need to prevent.

Third, we have a wider cultural problem in society, apparently valuing the ‘here and now’ more than the future.  This may just be starting to change with respect to climate change, but we are some way off seeing a parallel change of emphasis in the health field.

Recent research from the University of York may, however, add to the arguments that investing in prevention is a more cost-effective strategy than continuing to devote more and more resources to healthcare treatment.  The research concludes that ‘public health expenditure….appears to be about three to four times more productive at the margin than healthcare expenditure’, thereby lending weight to the saying that ‘an ounce of prevention is worth a pound of cure’.

We nevertheless have to move quickly from talking a good game in relation to prevention, to it becoming embedded in all the NHS does.  That requires the right incentives in the system and political support both locally and nationally. And it requires courage to ensure that future generations continue to enjoy a healthcare system that offers equal access for equal need, regardless of ability to pay. 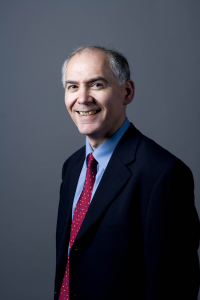