I was in a state of mild panic when I got the call asking if I would take on the role of director of finance at the NHS Nightingale Hospital London, not because of what was being asked of me, but because I was also trying to move house at the time and the country had just gone into lockdown!

I had been wondering how I could do more to help with the response to Covid-19 though and this certainly fit the bill, so I didn’t hesitate to say yes, cancelled my leave and started the very next day.

With the statistics making for grim reading about possible infection and mortality rates, and scenes being played out in the media of hospitals in Italy and Spain struggling to meet the increased demand on its services, the message when I arrived was clear:  'get this capacity in place or lives could be at risk’.

It is perhaps telling then that work had been underway for a couple of days before I was appointed. And while I am no wallflower, when faced with the need to get the Nightingale set up quickly (we did it within 10 days), finances were often not the primary concern. We had no ‘host’ organisation in place at this point (Barts Health would be appointed to run the Nightingale in the days to come), so no ledger, no accounts payable team, no formal standing financial instructions, and no budgets. Imagine being a finance professional in this environment. What would you have done?

I lost quite a lot of sleep in these first few days and indeed, was probably one of the few people that lost weight during this initial period of lockdown too. The prospect of needing audit trails, answering questions around value for money, the inevitable Freedom of Information requests, and the possibility of public enquiries played heavily on my mind.

In this environment and working at this pace, my small team and I focused on the only thing we could do – getting a grip on spend. Income was less relevant as it was assumed all reasonable costs would be reimbursed. Pay spend was also slightly easier due to the memorandum of understanding signed across the NHS in London agreeing to provide staff without re-charge. So, we set about gathering as much information as we could around non-pay costs and recording this in a spreadsheet – it was a start!

We were fortunate that the most experienced people in setting up this kind of hospital is the army and, as you’d expect from the army, they helped set up clear command structures with daily bronze, silver and gold command meetings. By attending these meetings, we were able to build a good view of many of the principal non-pay lines such as build costs, hard and soft facilities management, medical supplies and drugs.

The more challenging elements of the work related to what I labelled the ’unknown unknowns’ and in determining who was paying for what.

The unknown unknowns were areas of spend we didn’t know about until the last minute and weren’t sure who had committed to the spend, or even why. With so many people involved, and the speed at which things were being done, there was inevitably going to be incidences of this. The key was being able to spot them quickly, insert yourself into the conversations and ask simple questions like, ‘Is this good value for money’, or  'Is the supplier on a framework?’

The most interesting of these required me to call Julian Kelly (NHS England and NHS Improvement chief financial officer) at 5pm on Good Friday to see if he’d sign a letter of intent for a supplier. Without it there could have been a delay in opening the hospital. He was great about it, but not something I want to repeat in a hurry.

Being able to determine who was going to pay for everything was also important, not least as we were trying to avoid unnecessary and possibly confusing inter-organisational charging. But it was also important in terms of needing to ensure costs eventually made it on to someone’s ledger, that purchase orders were raised, appropriate authorisation sought, and to ensure reimbursement was made (for example, through the Covid-19 monthly returns).

Being the first Nightingale hospital, much of the guidance around how these things should be accounted for was yet to be developed, so we had to retrofit some of the later guidance, notably around what should be treated as capital if all Nightingale costs were going to be reimbursed.

I look back on what the NHS has achieved in setting up the Nightingale hospitals, and while it is an amazing achievement, many of us reflected that we felt guilty about the disproportionate amount of focus and attention the Nightingales received. While there is no doubt we were working under intense pressure, working long hours and in very unusual circumstances, our colleagues in all health and care settings all over the country have experienced something similar and arguably in less advantageous conditions.


This blog was first published as part of the HFMA London Branch newsletter. Click here for more details on membership.

The HFMA has published a briefing – Non-statutory and hosted bodies: accounting issues – as a draft for comment. Comments are due back by the end of August. 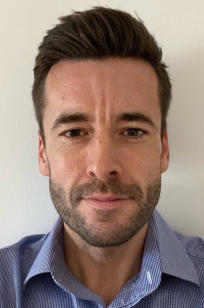 The changing landscape of commissioning