The NED role in integration

The NED role in integration

The government’s white paper on integration is relatively quiet about the make-up of boards within new integrated care systems. But non-executive directors should play a big part in new governance arrangements.

In February the Department of Health and Social Care published its legislative proposals for a health and care bill. Integration and innovation: working together to improve health and social care for all has overall been well-received and is seen as a welcome move away from a focus on competition between healthcare organisations towards a new model of collaboration, partnership, and integration. (See HFMA summary.)

The avoidance of a one-size-fits-all approach is to be applauded, with the proposals enabling local integrated care systems (ICSs) to determine the best arrangements for themselves. But there are still some question marks around how governance and accountability arrangements will develop to support this fundamental shift in approach.

One important governance factor that has not been considered to date is the future role of the non-executive director (NED). Indeed, there are only two references to NEDs in the white paper and one of these relates to the operation of NHS England and NHS Improvement. The second only goes as far as clarifying that non-executives will form part of the new ICS NHS bodies’ unitary boards.

The question remains that as separate statutory bodies, would both the NHS ICS body (commissioning functions) and the health and care partnership have separate boards? The reference to the ICS body having a unitary board implies that this will be a single board. If there is a separate board for the health and care partnership, would it have its own NEDs – different to those that already sit on the constituent provider boards? NHS England and NHS Improvement will be producing further guidance regarding board constitution that should clarify the situation.

NEDs and lay members historically have undertaken an invaluable role in terms of engagement, leadership and challenge in the NHS. As we move forward, they also have a key role in developing effective new collaborative arrangements. They can take the lead in ensuring constructive challenge from a position of experience, independence and focus on the whole picture, particularly as seen from a patient perspective. However, the NED role is currently firmly grounded within statutory organisations and it is unclear to them how they fit into the new system arrangements.

The last 12 months have proven to be particularly challenging in terms of communication and engagement with NEDs/lay members. From feedback received, the consistent issue that is being raised is that they feel isolated and unheard. At MIAA, we have undertaken a number of NED/lay member audit committee focus groups to try to support the process of engagement and communication. We are also in discussion with two of the ICSs we work with about how we can facilitate this process further.

A session at the HFMA’s recent audit committee conference included a discussion about the NED role in an ICS. A number of roles were identified:

In particular, finance committee chairs could have a role working together to understand the system financial pressures and solve financial management issues, with NEDs helping to move the focus from an individual organisation level to system level. And there is even the potential to have independent ICS non-executives at board level to avoid conflicts of interest.

The NHS’s response to the Covid pandemic has been remarkable. Barriers and obstacles that would historically have seemed insurmountable were removed overnight to facilitate collaborative working at scale. It is critical that we build on all this goodwill in taking forward the integration and collaboration agenda. Legislation alone is a blunt instrument in trying to deliver collaboration, what is important are the changes in behaviours, attitude, and relationships that will make a difference.

Going forward, NEDs will need to shift their traditional focus from challenging on the delivery of their own statutory organisations' goals to having more of a system focus with local authority and other partners on the delivery of improved population health outcomes.

NEDs do have a unique and pivotal role to play, and it is important that we utilise their experience and governance expertise to ensure that as a service we capitalise on this opportunity to really make a difference for the people that matter most.


The role of the NEDs in system governance is further considered in the HFMA briefing Developing system finance and governance arrangements. 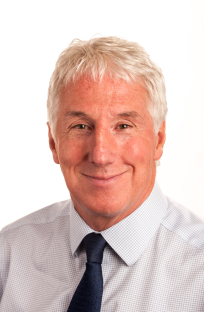