The Royal College of Physicians has recently underlined that smoking remains the single largest avoidable cause of death, disability and social inequalities in the UK. The list of conditions it causes, contributes to or exacerbates is long, stretching well beyond the obvious lung and other cancers into areas such as asthma, diabetes, coronary heart diseases and many others.

There has been some success in recent years, particularly since the smoking ban in public buildings was introduced just over a decade ago. However, more than 6 million people in England still smoke and these smokers see their GP over a third more often than non-smokers. And smoking is linked to nearly half a million hospital admissions each year.

Yet, prevention – both preventing uptake and treating tobacco dependence – has not always been the highest priority for the health service.

There are many reasons for this. Historically, prevention has been seen as a role for public health rather than the NHS – even before former health secretary Andrew Lansley’s reforms moved public health from the NHS to local government in England.

As a clinician seeing patients affected by long-term smoking, alcohol use or obesity, I realised long ago that public health delivered by the NHS has a massive role to play. Public Health England has had its hands tied largely to a commissioning, monitoring or reporting function or proposing legislation at a population level.

The ground troops for public health are workers in the NHS and other public services who interact with patients and the public every day, but most of them do not know they have this function or responsibility. Nor do their leaders. They would probably also say that they cannot do this in addition to all the other things they have responsibility for.

This has led to an inevitable increase in use of NHS services that is wholly preventable. The NHS has been allowed to take its eye off the ball with its public health role and this all adds up to a lost opportunity.

The NHS long-term plan, launched in January, attempts to address this by placing a welcome and very refreshing new focus on prevention. This should lead to a reduction in demand on NHS services as well as going some way to reduce health inequalities.

Under the plan’s proposals, all smokers in contact with NHS services will be supported to quit. Specifically, it says that by 2023/24, all people admitted to hospital who smoke will be offered treatment services based on bedside support and follow-up.

Tobacco addiction alone costs society 80,000 deaths per year and 20 people live with comorbidities related to tobacco for each person that dies from tobacco related disease. The financial costs to society are estimated to be approximately £12.5bn for England alone, with direct costs to the NHS of around £2.5bn. The long-term plan’s focus on prevention should generate a significant return on investment.

NHS England took into account the recent recommendations from the Royal College of Physicians report Hiding in plain sight. And this report, together with the work on developing a tariff for treating tobacco dependency, had a major contribution from the Healthcare Financial Management Association (Stubbing it out, Healthcare Finance December 2018).

These prevention measures in the long-term plan will help to make a real difference to patients, the NHS and society as a whole. 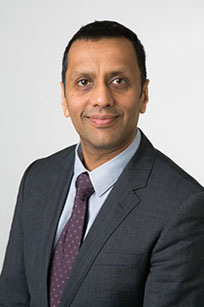