We’re now approaching the six-month mark of rolling out RightCare to all local health economies in England. So it is a good time to look at some of the emerging successes from the first wave of clinical commissioning groups involved in the programme and the plans for rolling it out to the rest of England.

This rollout started with facilitating the adoption of the RightCare approach in 65 geographies, the remaining 144 CCG footprints will start to receive support in late 2016.

NHS England’s confidence in supporting and funding the roll out of RightCare was based on early proof of concept on a limited scale in a variety of different health economies. We were able to prove a relentless focus on increasing value and reducing unwarranted variation worked, both in terms of better outcomes and freeing up funds for further innovation.

The roll out is now reaching the exciting point where, at scale, we are helping commissioners and key stakeholders understand their opportunities (or ‘where to look’) and what to focus on.  We’ve asked all health economies involved in the roll out to confirm their top three opportunities based on the commissioning for value intelligence.  This is, however, just the first cycle of change.

Once progress is made applying RightCare opportunities, the expectation is that principles will be applied to other pathways and become the business-as-usual approach.  This is a point I’ve often made as RightCare has grown quickly – if applied well, it should replace, rather than add to existing transformational efforts.
In the last few weeks, as well as completing the publication of our commissioning for value (CFV) packs for CCGs, our wave one local health economies have confirmed their key opportunities under RightCare.

We are now starting to encourage sharing and best practice across geographies. For example, 24 CCGs involved in wave one are focussing on significant opportunities in applying the RightCare approach transforming musculoskeletal services as a result of our intelligence-led approach – we’ll support peer learning as well as intensive facilitation within the health economies.

As we work with wave one to land the opportunities they’ve identified, we’ll apply a rigorous approach to ‘how to change’.  Northern, Eastern and Western Devon CCG provides a good example of this, having been an early adopter and advocate of RightCare and now an active part of the roll out.  As a ‘success regime’ CCG, it put RightCare at the core of its turnaround efforts. It sees the approach as the key enabler in delivering £30m savings, while ensuring a move towards patients being able to access care that is comparable to other areas with a similar population.

NEW Devon CCG’s use of the NHS RightCare approach has embedded a focus on value, improved patient outcomes and a reduction in unwarranted variation across key clinical areas. The work has been shared with other CCGs across England, and I’m looking forward to seeing similar successes emerging from wave one as we look to scale the RightCare approach up over the rest of England in 2016. 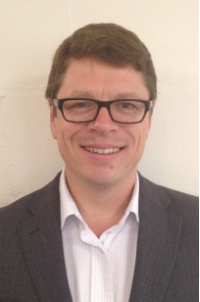