Realising the economic value of the NHS post-Covid

Realising the economic value of the NHS post-Covid

For a brand that launched an Olympics, is the biggest employer in Europe and has been compared to a religion, the NHS has historically been rather shy when talking about its own economic might. As we move from a health crisis into a health recession, it is vital for the wider health of the UK’s economy that we become braver about our impact and our responsibility.

Whereas a few years ago health often struggled to make it past a footnote in local economic planning strategies, Covid-19 has placed it firmly centre-stage. The full extent of the economic and social disruption the pandemic will bring is yet to be fully realised. But what we do know is that we are facing a historic challenge.

Industries and sectors that powered our productivity just a few months ago are on their knees. The UK labour market, in February the most competitive on record, is now on life support fearing the end of the government’s furlough scheme this autumn. The inequalities already rife in a country that is one of the most regionally imbalanced in the Organisation for Economic Co-operation and Development (OECD) are being stretched further even than Professor Sir Michael Marmot reported six months ago. And the end is not yet in sight.

The NHS has rightly won plaudits for its clinical response to Covid-19. While the competing demands of preparing for future waves and restoring normal services still dominate our own thinking, we are now being asked to reflect on how our civic role can play just as vital a recovery part.

This shouldn’t come as a surprise. In all corners of the country we are one of the only employers still recruiting. Businesses that once specialised in distant sectors are now finding personal protective equipment (PPE) and other new health-related service models to keep them afloat. Places such as our high streets, which depended on retail, are now open to a mix of public service and social business partnerships.

This isn’t a quiet revolution either – the local economic recovery boards, chaired by England’s metro mayors and which feed directly into Numbers 10 and 11 Downing Street, are now explicit about the role of health.

This changing economic landscape is not a one-way street. There is a growing chorus of voices from across NHS leadership that recognises the link between population health and population wealth. What they want are ideas around some of the practical steps they can take in their own areas.

A five-point plan for every system

Through the NHS Confederation’s NHS Reset campaign, we have been exploring what our sector can do to play a leading role in place-based economic and social recovery and reset. Here are five steps that matter in every local economy:

1. Develop an anchor network across all health and care bodies within the system footprint. This should include a joint, data-driven vision for how they can support the local economy, engaging with other anchors to understand where the value and impact of the NHS and social care can be maximised.

2. Make an explicit commitment to fill existing health and care vacancies with local people out of employment or exiting the government’s furlough scheme and at risk. This could involve targeted recruitment, a focus on apprenticeships and retraining and guaranteed interviews.

3. Embed health and care within national and local regeneration planning, ensuring a much greater alignment between health and care strategies and those relating to wider economic development. As part of this, the impact of NHS capital investments on the local economy should be explicitly measured.

4. Propose a civic restoration strategy focused on improving the vibrancy of our communities, in partnership with the arts and culture sector, voluntary, community and social enterprise organisations and the small independent business community. The strategy should promote sustainable, local ideas that align health and wealth.

5. Convene industry leaders to source potential new local supply chains and to help businesses better understand NHS needs and contribute to the design and delivery of services in new and innovative ways – diversifying where possible. This may well include the in-sourcing of services and social value.

These five steps are not dependent on national leadership or activity. And they can be led locally by integrated care systems, integrated care providers, primary care networks and our individual organisations. Nevertheless, they do highlight an important enabling role for government and for NHS England and NHS Improvement in further stimulating this form of economic recovery.

From an NHS perspective, the national procurement framework does need to understand value, not simply cost. Ignoring the fact that local does not necessarily cost more, a failure to recognise the wider externalities of what we purchase is indicative of a sector that behaves like a cost, not an investment.

If we long for government to invest in what we do without a long list of efficiency savings attached, then we ourselves need to adapt our own mindset. Similarly, the often too rigid way in which the NHS attracts and recruits its planned workforce needs to take a proactive population health perspective in the coming months, rather than simply one based on vacancies.

Finally, for a government that still talks about ‘levelling-up’ the country, it is finally time to push for a health-in-all-policies approach, starting with the Treasury. The review of the Green Book is an early test case for how strongly they believe in this agenda, with the autumn’s comprehensive spending review also of critical importance.

Perhaps the most critical point about valuing the NHS is that it is for others to decide. The public applause every Thursday during the initial Covid response was a leading example of the value they themselves placed on us. In the forthcoming local discussions, we may discover that the value of the NHS locally is to be found in the areas we sometimes thought were outside our core business. 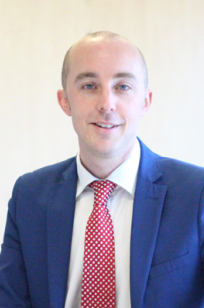 Summary of Revenue finance and contracting guidance for 2022/23